As cities try to bounce back after the pandemic, leaders in Wilkes-Barre are coming up with plans to come out on top with help from the American Rescue Plan. 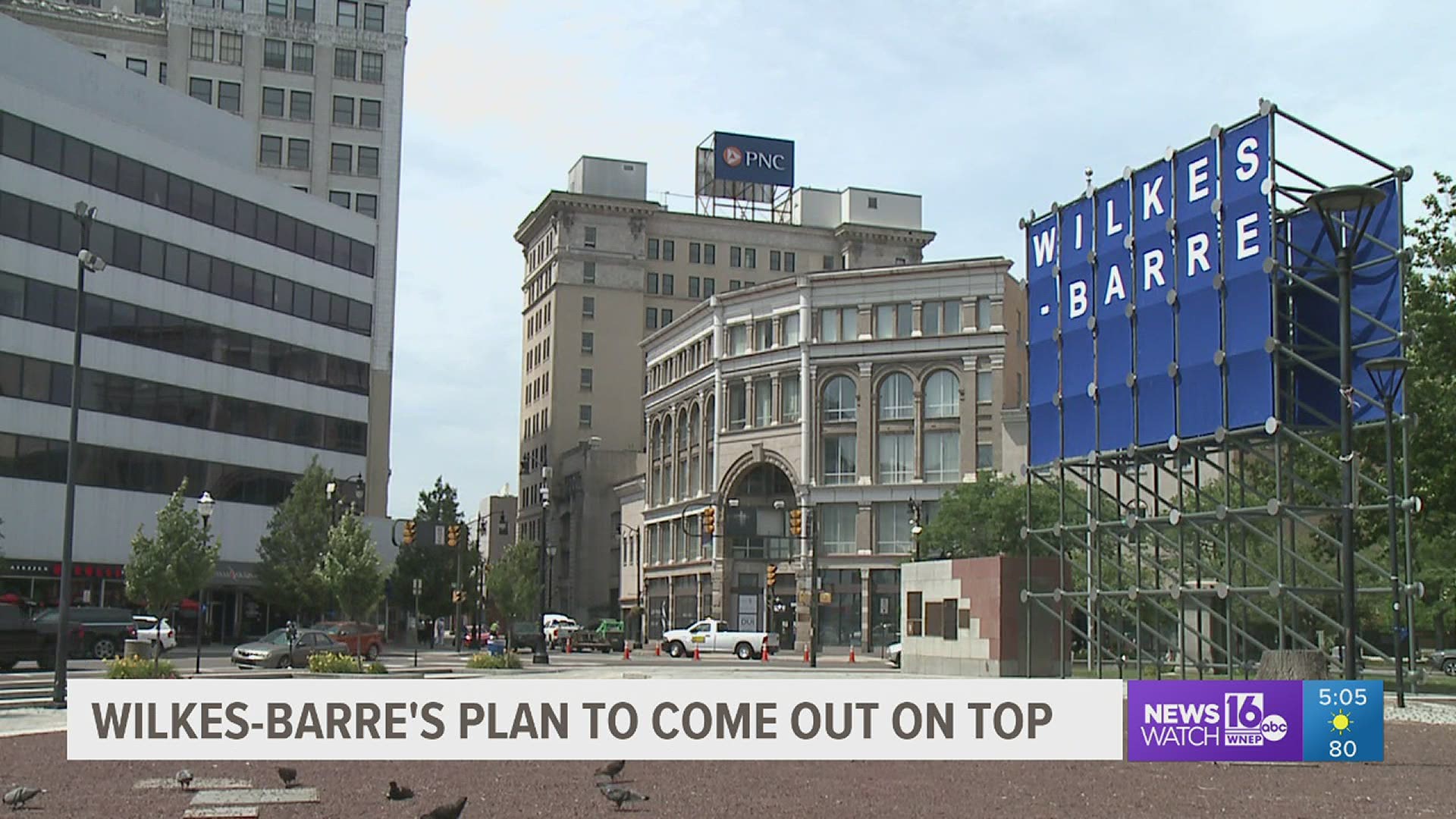 WILKES-BARRE, Pa. — Wilkes-Barre Mayor George Brown says he and his administration have studied the pages of the American Rescue Plan and are already making plans for the $37.1 million that will be granted to the city.

"We put some of these things together. It was, how can we best help the residents of the city Wilkes-Barre, to help make up for some of their financial situations they went through with a lost revenue because of the pandemic," said Mayor Brown.

Brown says he and his staff will be working with third-party social agencies to get stimulus money to residents and nonprofits in Wilkes-Barre, with the overall goal to help them recover and improve the city.

"We looked at what parameters there were within the act that we could use to help the residents of Wilkes-Barre," said Brown. "Stimulus check that we're going to be putting out to households that show that they've been adversely affected."

Mayor Brown says this will help fulfill the vision he's had for Wilkes-Barre when he decided to run for Mayor.

In addition to payments to residents or people setting up a business, the mayor hopes to use some of these funds to help nonprofits and upgrade the sewer systems and creek infrastructure in the city.

Now, all these plans are still in the works. There is no word yet on an application process or a payment date for people in Wilkes-Barre.