SUGARLOAF TOWNSHIP, Pa. — After two days of a federal and state police presence at a home in Luzerne County, it appears that part of a criminal homicide i... 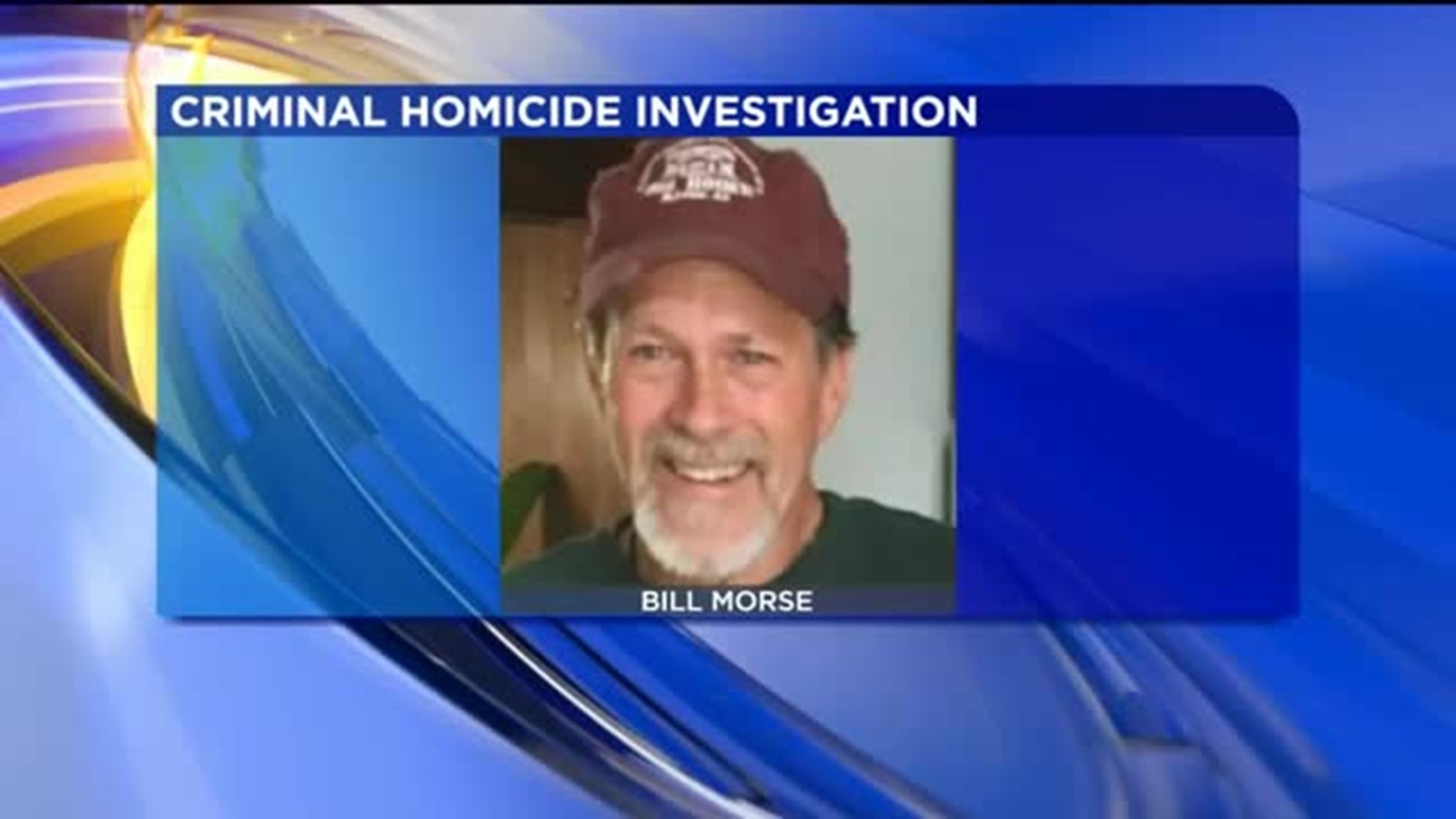 SUGARLOAF TOWNSHIP, Pa. -- After two days of a federal and state police presence at a home in Luzerne County, it appears that part of a criminal homicide investigation may be wrapping up.

Around 3 p.m. Thursday, state police forensic vehicles, including the mobile crime lab, left the property on Hollow Road in Sugarloaf Township. State police tell us that this is still an active crime scene.

We do not know what investigators found on the property that prompted them to change the case of Bill Morse from a missing person investigation to a criminal homicide investigation.

Earlier in the day Thursday and all day Wednesday, dozens of FBI evidence response team members and troopers spent much of their time in the area outside a barn on the property.

They were moving logs and brush from a pile before bringing in sifters and search dogs.

Bill Morse has been missing since June 11, 2018. He was reportedly last seen leaving this property by his adult son who now lives in Florida.

So far, state police have not made any arrests related to the disappearance of Morse.

The search warrant that brought federal and state investigators in is sealed so we don't know what it is they were looking for or what they found.