WILKES-BARRE, Pa. – Police in Wilkes-Barre arrested a man for allegedly vandalizing the Planned Parenthood office in the city. Iain Carberry, 39, of Wilkes-Barr... 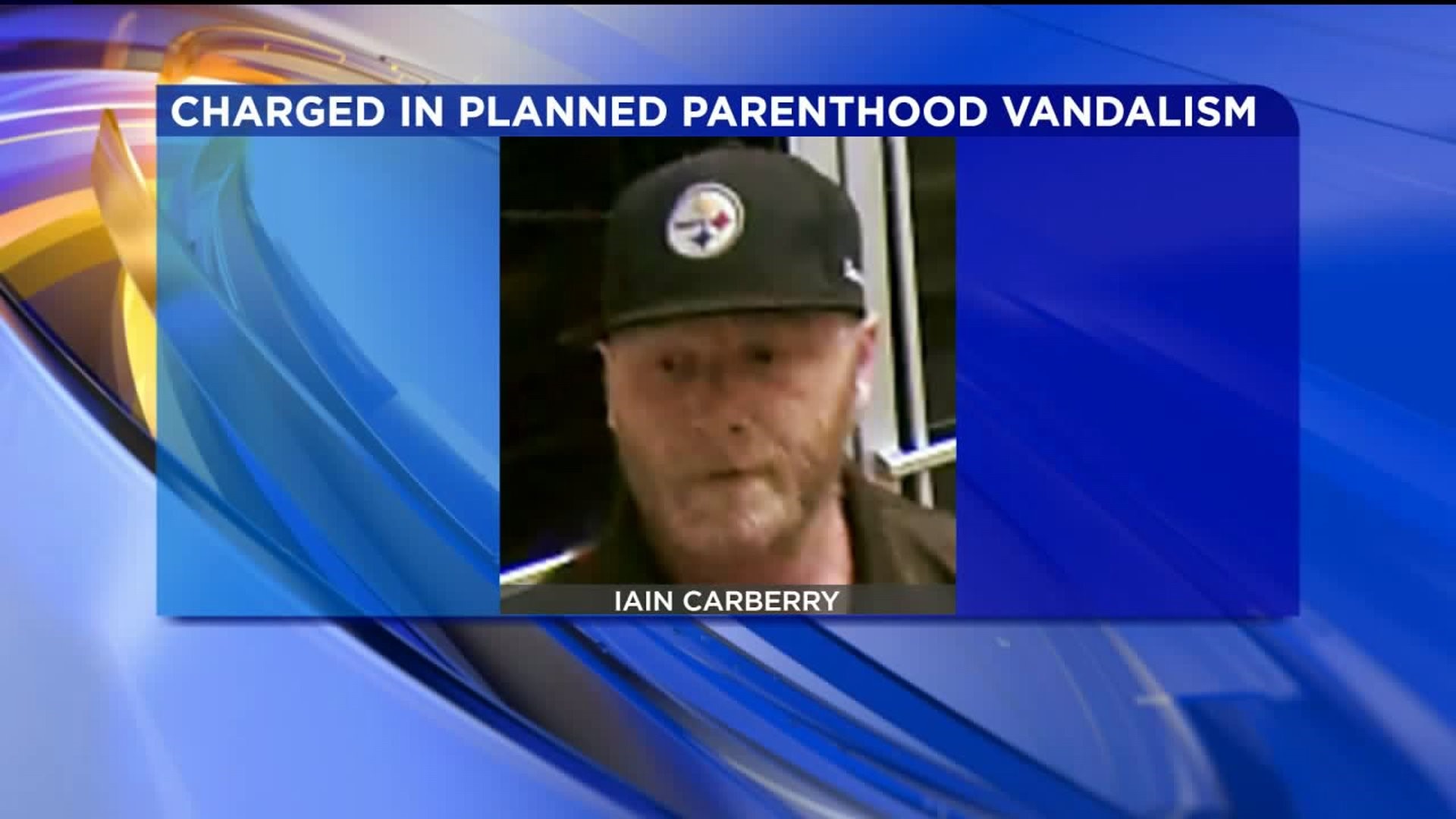 WILKES-BARRE, Pa. – Police in Wilkes-Barre arrested a man for allegedly vandalizing the Planned Parenthood office in the city.

Iain Carberry, 39, of Wilkes-Barre is facing a slew of charges including criminal mischief and risking catastrophe after police say he broke into the lobby of Planned Parenthood Monday morning, smashing doors and windows. Once inside, he threw red paint all over the floor and painted a bible verse on the wall. He then lit a newspaper on fire.

Carberry's father spoke with Newswatch 16 and says he's sorry for the damage his son is accused of causing, noting that his son is battling mental illness.

Jim Carberry of Freeland says he watched Newswatch 16's coverage of the vandalism to the Planned Parenthood location in Wilkes-Barre. When police released a photo of the man they said was responsible, he says he initially didn't realize it was his own son.

"Yeah, I saw his picture on the news and I thought, 'I wonder who that is,' and he reminded me of somebody else I knew. I didn't even make the connection until I saw the picture on the Times Leader today and then I was shocked because then I knew it was my son," Carberry said.

"I don't believe in the destruction of any person's property no matter who they are, and it certainly isn't a reflection of our family and our values," Carberry added.

Carberry says his son has been battling mental illness for years.

"Iain is paranoid schizophrenic. He's been diagnosed as that and he is delusional as far as he doesn't understand things. He seems perfectly normal. To talk to him you would think there's nothing wrong with this person. He's very intelligent, but he's got a problem with processing information."

Planned Parenthood had to close to clean the mess and reopened Tuesday morning. Jim Carberry says he's especially sorry for the patients who felt threatened by his son's actions

"We're really sorry for the interruption of the process and for the destruction of the property. We don't approve of any of that."

Carberry says he hopes his son can get some help.

The judge has ordered Iain Carberry to go through a mental evaluation. He is locked up in Luzerne County $75,000 secured bail.