COURTDALE — The Luzerne County coroner confirms a child was killed this morning when he was hit in front of his home. Minutes later his father was taken a... 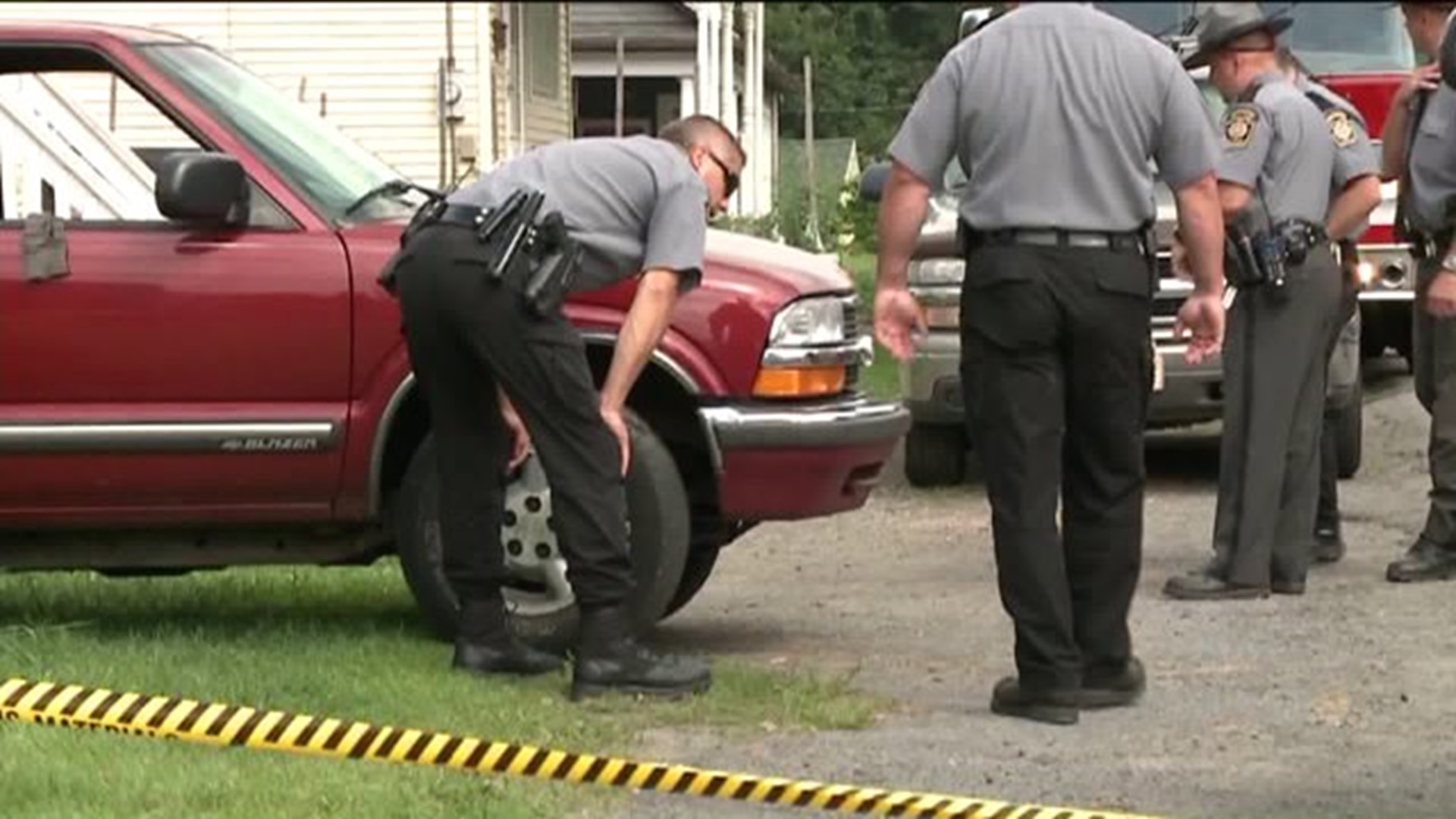 COURTDALE -- The Luzerne County coroner confirms a child was killed this morning when he was hit in front of his home. Minutes later his father was taken away in handcuffs.

Troopers said one-year-old Michael Francis Nice was hit and killed by an SUV driven by his father, Michael Nice, as he headed for work and made a u-turn in the street around 9 a.m. Monday morning on Cooper Street in Courtdale, just outside of Kingston.

"I was at work. They called me at work and I got here as fast as I could. That's all I know and he said the baby ran out. He said, 'I killed my baby. I killed my baby,'" said the child's grandmother, Mary Nice.

State police spent the morning going over the scene at the 200 block of Cooper Street where the SUV apparently struck and killed the child.

A neighbor who didn't want to speak on camera said she saw the whole thing happen. She described that the mother was talking to the father on the driver's side of the SUV, when the little boy wandered around the passenger side. She said as the vehicle pulled away it went up and down, before the mother picked up the child screaming, "The baby! The baby! Oh, my baby!"

"I heard the lady out here yelling, 'Help, help, help!' And I came out and she was ten feet in front of me holding her son. I hung up the phone and I called 911 and they said they were sending everyone they could. It was the worst thing I've ever seen in my life, terrible," said neighbor Robert Derby.

Michael Nice, 34, was taken away in handcuffs. Troopers said he was arrested on suspicion of DUI, taken to have his blood tested, and then released to his family in Courtdale.

As the news spread, friends arrived at the scene trying to comprehend the loss.

"He is a devoted father, loved his children, loves them. That is why this is going to kill him," said neighbor Maureen Evansky.

State police are handling the investigation. The SUV was impounded at the state police barracks in Wyoming Monday afternoon.

So far no charges have been filed.

Newswatch 16 spoke with the boy's mother Monday. She described the situation as a nightmare, saying she is mourning the death of her son and has to deal with a community now judging her family.