EDWARDSVILLE, Pa. — A neighborhood is in shock after a teenager and her friends are charged with murder. The victim is the girl’s own grandfather. P... 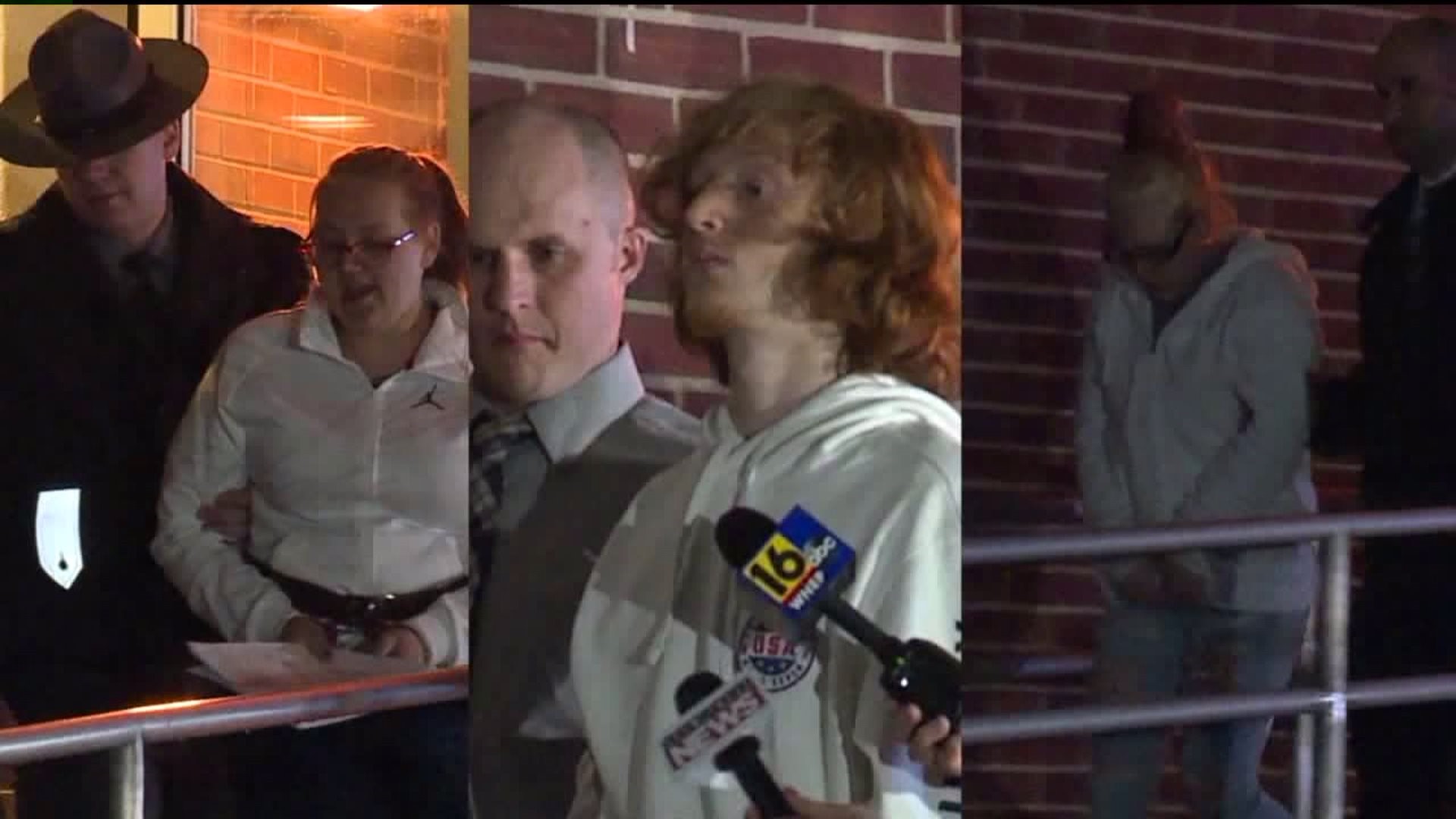 EDWARDSVILLE, Pa. -- A neighborhood is in shock after a teenager and her friends are charged with murder. The victim is the girl's own grandfather.

Police in Luzerne County arrested three people overnight for a homicide that happened in Edwardsville. They're still searching for a fourth suspect.

The three suspects police arrested are all teenagers and one of them is the victim's granddaughter.

We spoke to people in Edwardsville who are shocked by the death and the arrests.

Joseph Monka, 71, was found stabbed to death in his home on Arch Street on Wednesday.

"This is a quiet area. Everyone around this area knows each other," said neighbor Ronald Briggs.

"Over money, your own family, it's just a disgrace," Briggs added.

"I was kind of like take away that someone would do that around this area, at least. Like there's a lot of drugs that go around, but something like that, I did not expect it at all," said Edwardsville resident Steven Dickerson.

The suspects all face charges of criminal homicide for the stabbing death of Long's grandfather inside the home on Arch Street in Edwardsville.

Monka's body was not found until two days later when other family members began to look for him.

After the stabbing, police say the suspects took $30,000 in cash from Monka's safe and his car. They were later arrested at a hotel near Wilkes-Barre.

"I know one of the people, I've seen the others ones around here because I walk all the time but I didn't expect that from the person I know at all," Dickerson said.

Dickerson grew up in Edwardsville and is only a few years older than the suspects.

"I personally think that it is just poor choices, and honestly, they didn't see a future for themselves at all, so what they did is just defining that they saw no future in themselves at all."

The three suspects who have been arrested are being held without bail at the Luzerne County Jail as police continue to search for the fourth.