Officials with the Luzerne Conservation District said this is the most mosquitoes they have seen in our area in the past decade. 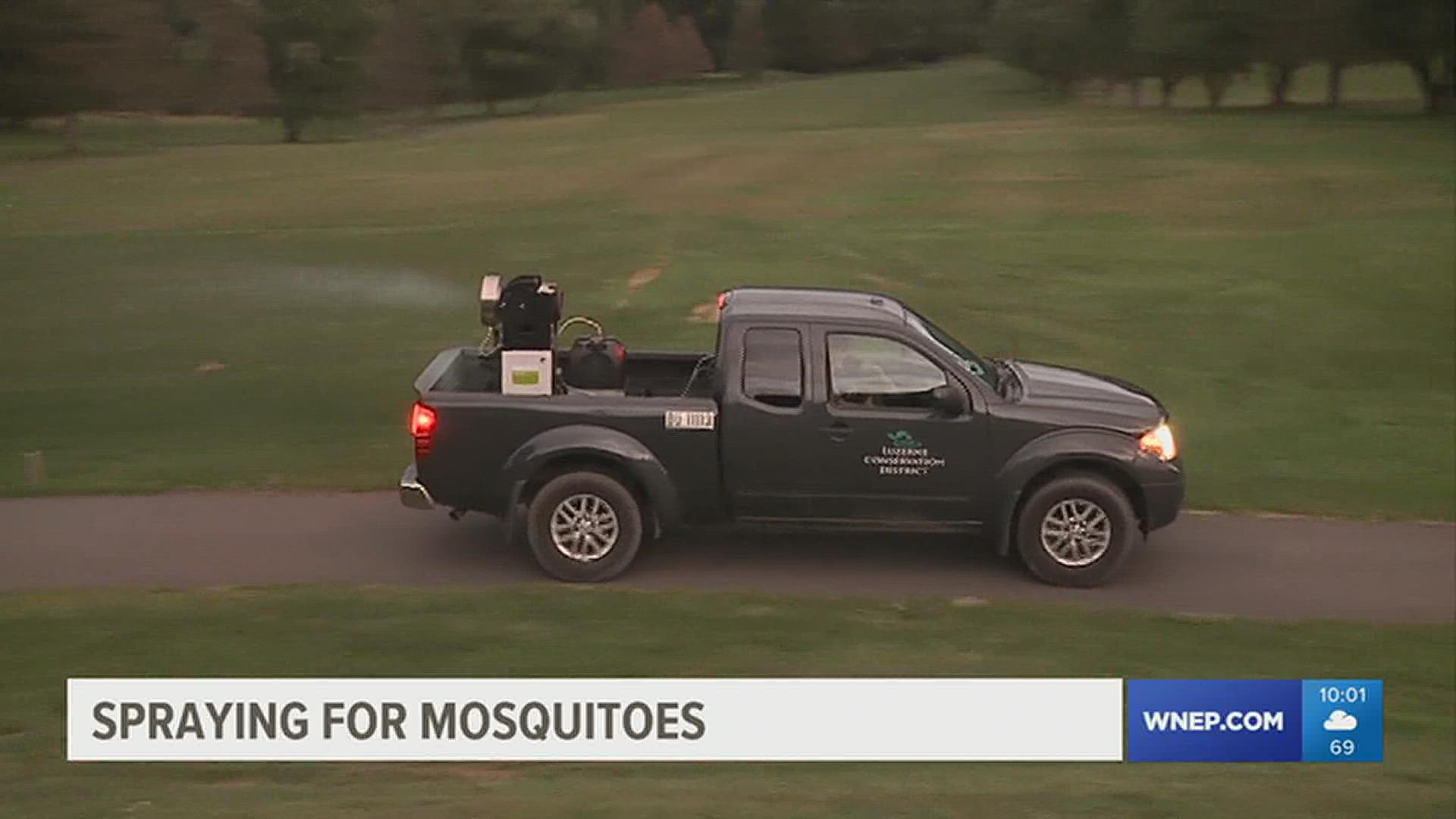 EXETER, Pa. — It's a complaint we've heard over and over this summer: It's a particularly bad year for mosquitoes.

Crews sprayed problem areas on Thursday night to get a handle on the issue.

The hum of the Luzerne Conservation District's spray truck was music to people's ears at Four Seasons Golf Club in Exeter.

Conservation officials said this is the most mosquitoes they have seen in the county in the past decade.

Golfer Maggie Domant said she is constantly swatting the bugs.

"All day, that's all you do. Bug spray doesn't even help. It's beyond the bug spray already," said Domant.

"They're terrible. The worst I've ever seen them in the years I've been up here. Absolutely terrible," said Dennis Russo, golfer.

The spray truck was brought in because there have been so many complaints about the bugs in this area. It also treated residential areas nearby. People were asked to stay indoors as the truck drove by.

"I'm very happy about that. You can't go outside without them coming around you, that's for sure," said McGraw.

Officials said part of the reason why we're seeing more mosquitoes this year is because we've had such a wet summer.

"Mosquitoes breed in standing or stagnant water. So with all the rain we've had in the last two weeks, their breeding habitat has grown exponentially," said Owen Sprau, the Luzerne Conservation District.

"I played earlier this morning. With all the moisture and the wet, I got bitten five, six times today," said Domant.

Crews also sprayed along Lattimer Road in Hazle Township and near Hollenback Golf Course in Wilkes-Barre City and Plains Township.

They plan to spray again on Monday in other parts of Luzerne County.