John Probert has been volunteering with the Hazleton Cemetery for more than 40 years. 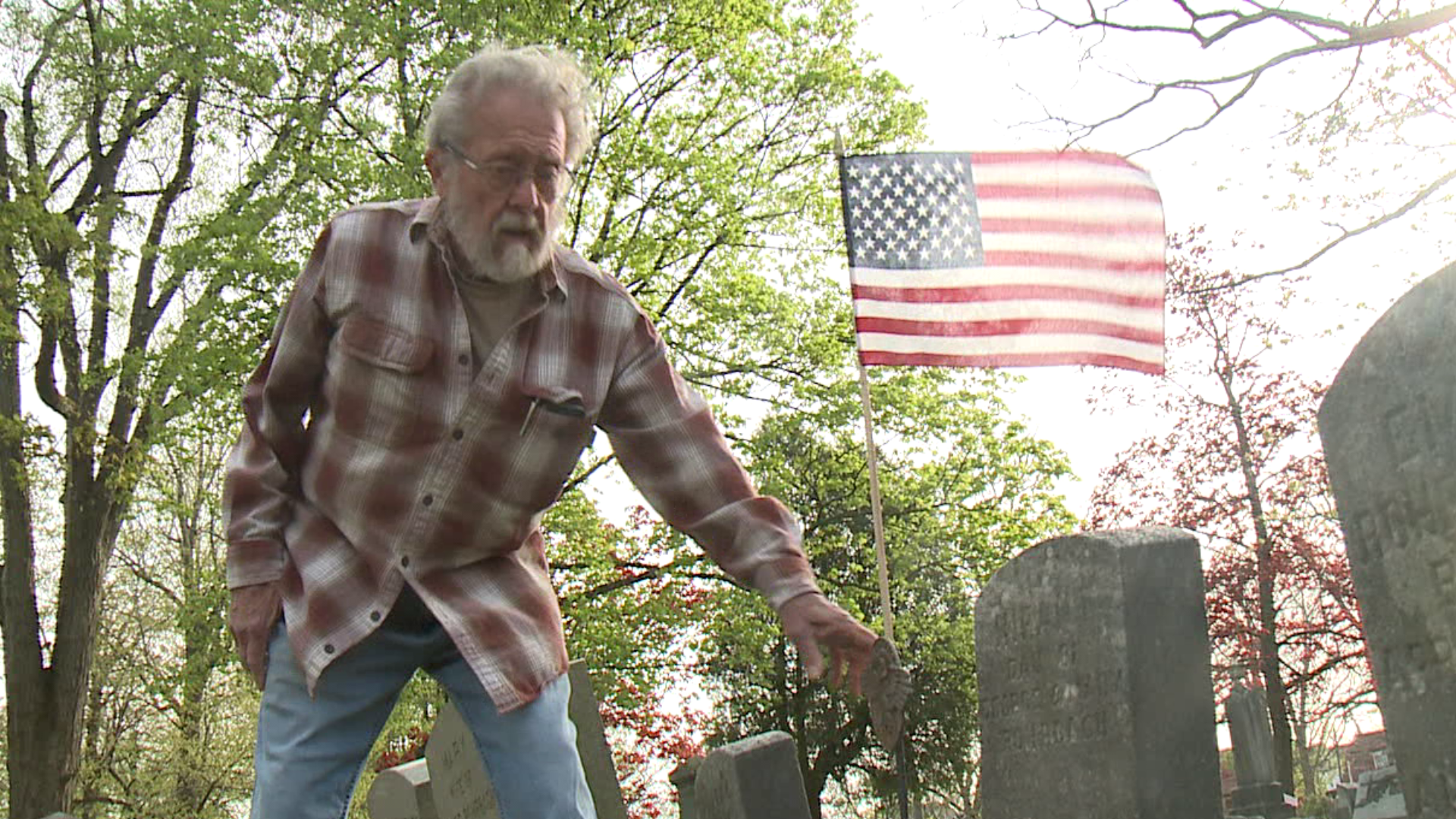 HAZLETON, Pa. — The headstones in the Hazleton Cemetery tell stories dating back to the 1850s.

John Probert feels it's his job, as president of the Hazleton Cemetery Board, to connect people to those stories.

Many of the people who were buried in the cemetery along Vine Street are veterans.

"Those flags every single one of those people either sacrificed their lives or was prepared to," Probert said.

John is 82 years old and he has been volunteering with the cemetery for nearly 40 years. He makes sure the place is neatly manicured every year before Memorial Day.

"There's a lot of work that goes into this. It's not just digging graves," Probert said.

Taking care of the 12-acre cemetery can be a lot of work.

There are about 20,000 people buried here and about 250 Civil War soldiers.

"Hazleton had one of the highest enlistment rates in the Civil War," Probert said.

When John began volunteering with the cemetery all those years ago, there were five members on the board. Now, that's dwindled down to two.

A lot of that responsibility rests on his shoulders. He worries about finding a replacement.

"As good of shape as I'm in, who knows where I'll be tomorrow," Probert said. "We want to make sure this is all covered. We have succession."

With Memorial Day around the corner, John continues to make sure each flag stands tall.

It's all about honoring Hazleton's servicemen and women who are buried here.