EYNON — There are concerns about an underground fire that continues to burn despite crews working all day Monday to dig it up. The fire is burning inside ... 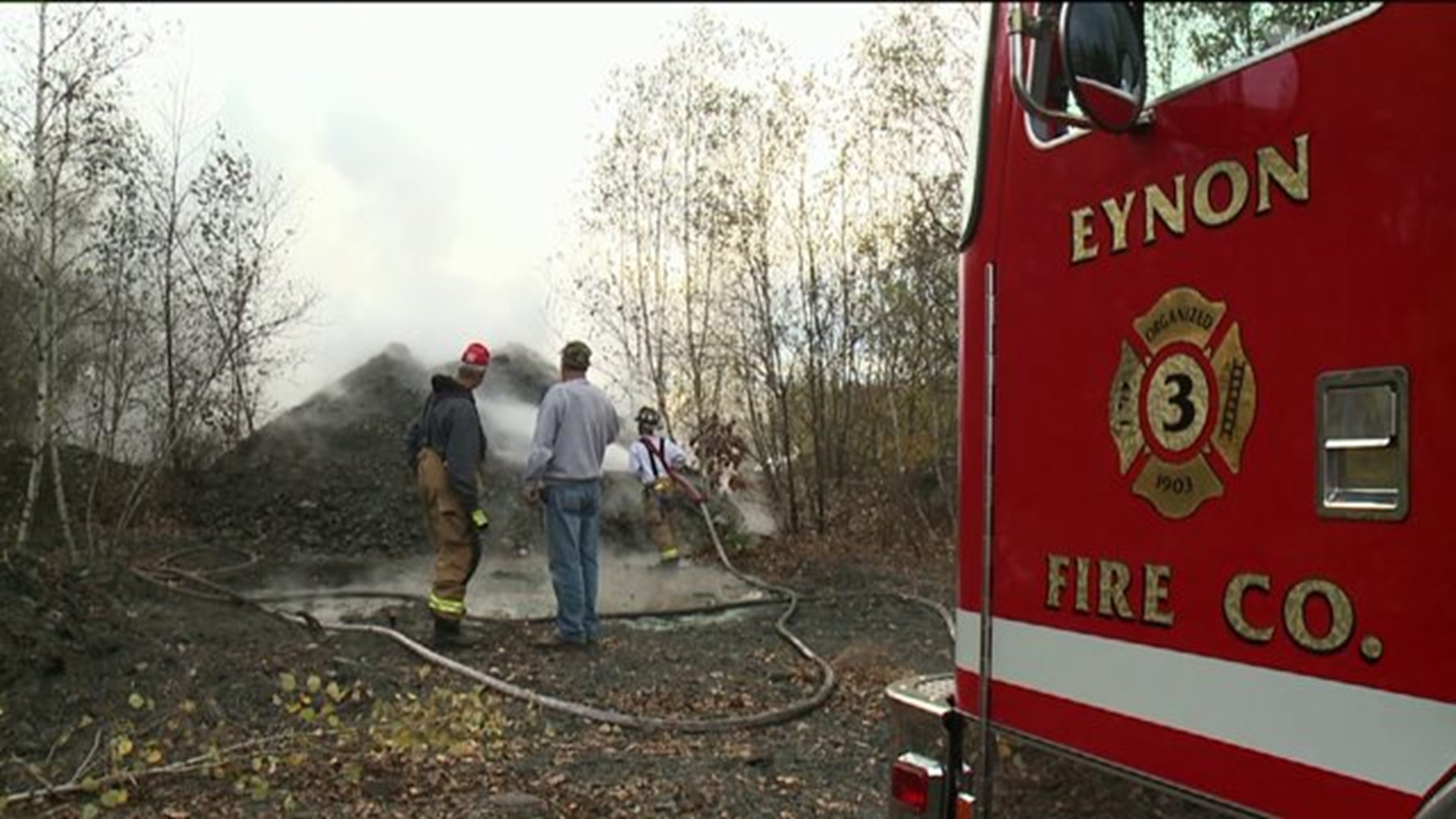 EYNON -- There are concerns about an underground fire that continues to burn despite crews working all day Monday to dig it up.

The fire is burning inside a park in Eynon right near several homes.

Smoke and steam billowed out of a large hole as an excavator worked to reach an underground fire at Staback Park in Eynon.

Several fire companies were on scene all day long, something parents coming to a soccer field in the park weren't expecting to see.

“It is scary. I didn't know anything about it until I came to pick my son up at soccer and I saw all the fire trucks,” said parent Valerie Cerra from Blakely.

The Archbald Fire Chief says coal waste under the ground is burning.

Finally the excavator could go no farther and it was time to call it a night.

“We're down at least 35 feet deep and we still didn't get to the bottom of it,” said Archbald Fire Chief Bob Harvey. “We used the extent of the excavator's reach, we could not go any further and darkness came.”

The state Department of Environmental Protection was on scene and will be assisting to get the fire under control.

But for people who use the park, they are concerned about how long it will take.

“We have a big soccer tournament here this weekend, a lot of people coming from all over the area to participate in the soccer tournament as well as all the other activities that are scheduled to go on here,” said Cerra.

“That's scary. They probably should cancel it or move it somewhere else,” said another parent whose son plays soccer at the park.

Several homes sit near the park.

Archbald's mayor was at the fire scene to check on both the fire crews and residents living there.

“There's a lot of homes, developments, new homes here and the smell. You don`t know where that`s going to go and there`s probably thinking what`s going to happen. Is it going to travel?” said Mayor Shirley Barrett.

The Archbald fire chief says fire crews, borough officials, and DEP will be back on scene in the morning.