Tip O’ the Cap to Tippy 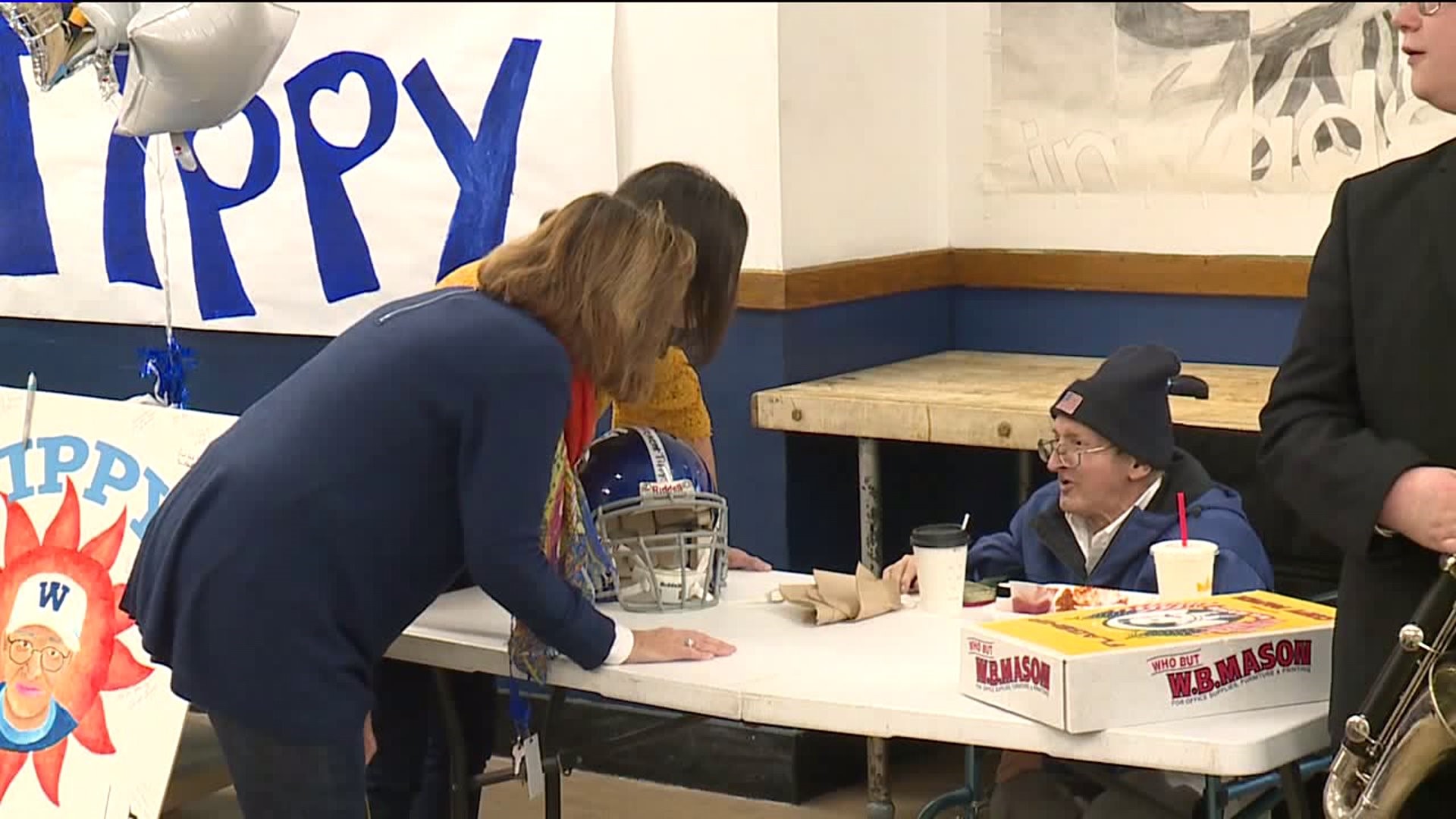 Tippy, 83, has cheered on the West Scranton Invaders for the last 54 years, but now, they're cheering Tippy as he retires from the position of equipment manager that he's held since 1965.

"Anybody that went to West Scranton High school knows Tippy, knows the commitment that he's put in, has seen him on every sideline to every game," Deluca said.

"The first time I saw him was probably in the stands watching my brother play football, you know, see him standing on the sidelines," said football captain Cayden Merrifield.

A staple in both the school and the community, Tippy's retirement was no ordinary occasion. It was cause for a celebration, complete with a police escort, a performance by the school band, and a special gift: a West Scranton football helmet fit for a local legend.

"Thank you, everybody!" Tippy said.

Tippy says he'll miss the people at West Scranton the most because they've all been such good friends to him.

Playing off his favorite song to sing at games, the students and teachers at West Scranton High School showed Tippy that he's been bringing the sunshine to school every day for the last 54 years.