The Gift of Mobility 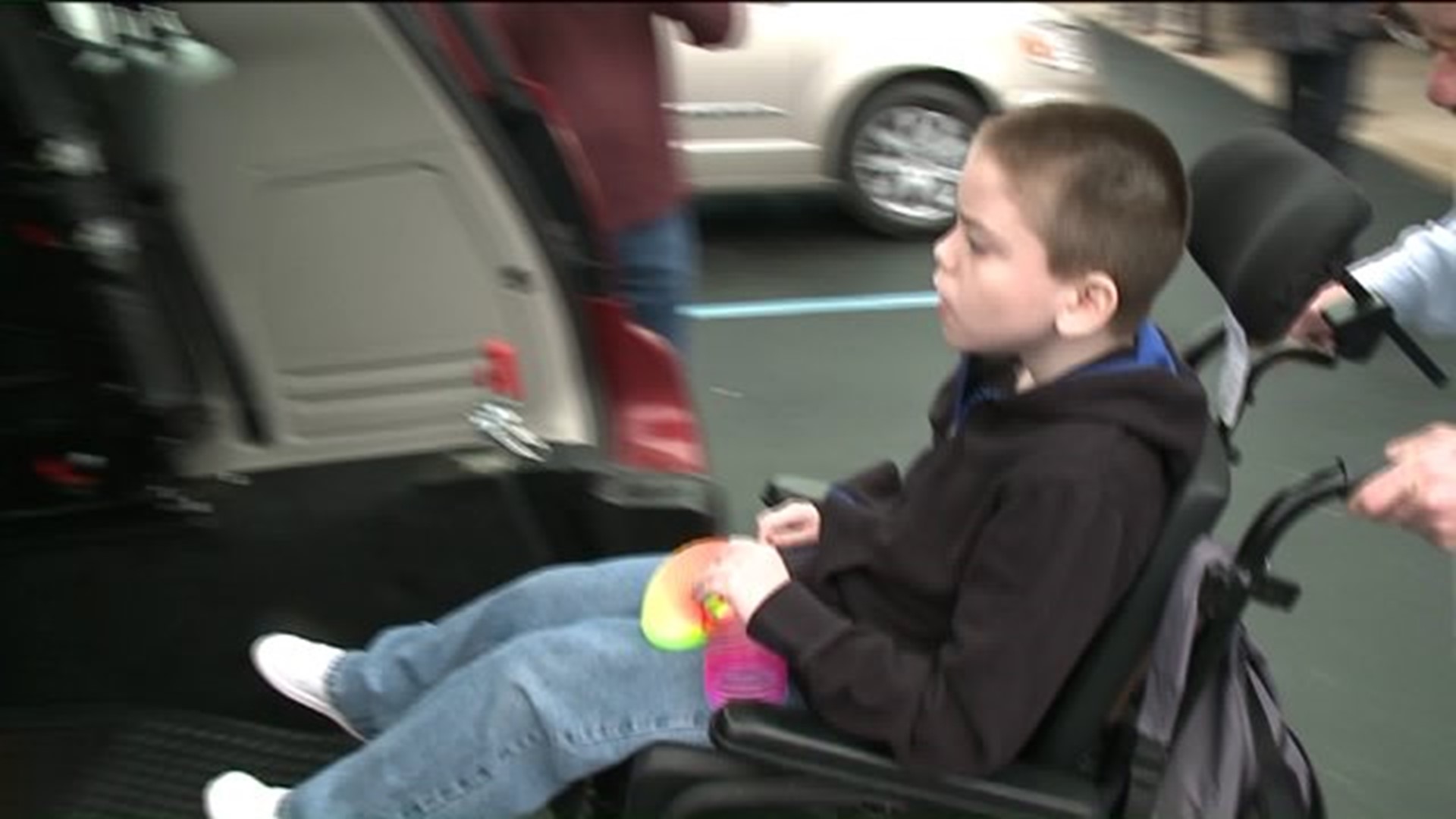 PLAINS TOWNSHIP -- A single father from Scranton and his 12-year-old son with cerebral palsy received a Christmas gift they'll never forget. Donors call it a conversion van, but the father calls it a godsend on four wheels.

The van was retrofitted for Gene McAndrew of Scranton to take his son Asa anywhere.

"There's so much gratitude. It's overwhelming," McAndrew said.

Asa was born with cerebral palsy. He grew up riding in balky booster chairs and then regular car seats. It was hard to keep him secure during trips.

Just to get him into a vehicle, Gene had to pick Asa up from his wheelchair.

Gene bought wheelchairs for Asa from Flexible Mobility and now Kobi has helped get the McAndrews' van retrofitted for Asa's wheelchair.

F.R. Conversions in Maryland started work on the van two weeks ago and finished the project just in time for the holidays. F.R. Conversions and Flexible Mobility paid for the $31,000 project.

"It's an expensive item for people to have and a lot of people can't afford it and once you have this extra little luxury it makes your life a whole lot easier," said Kobi.

Until now, Asa rarely knew what a comfortable ride felt like. The people responsible for the gift of mobility feel like they've handed a sleigh to a special father and son, just in time for Christmas.