The Los Angeles Rams and the New England Patriots battled it out in Super Bowl LIII. Super Bowl Sunday is one of the biggest food days of the year, and it has k... 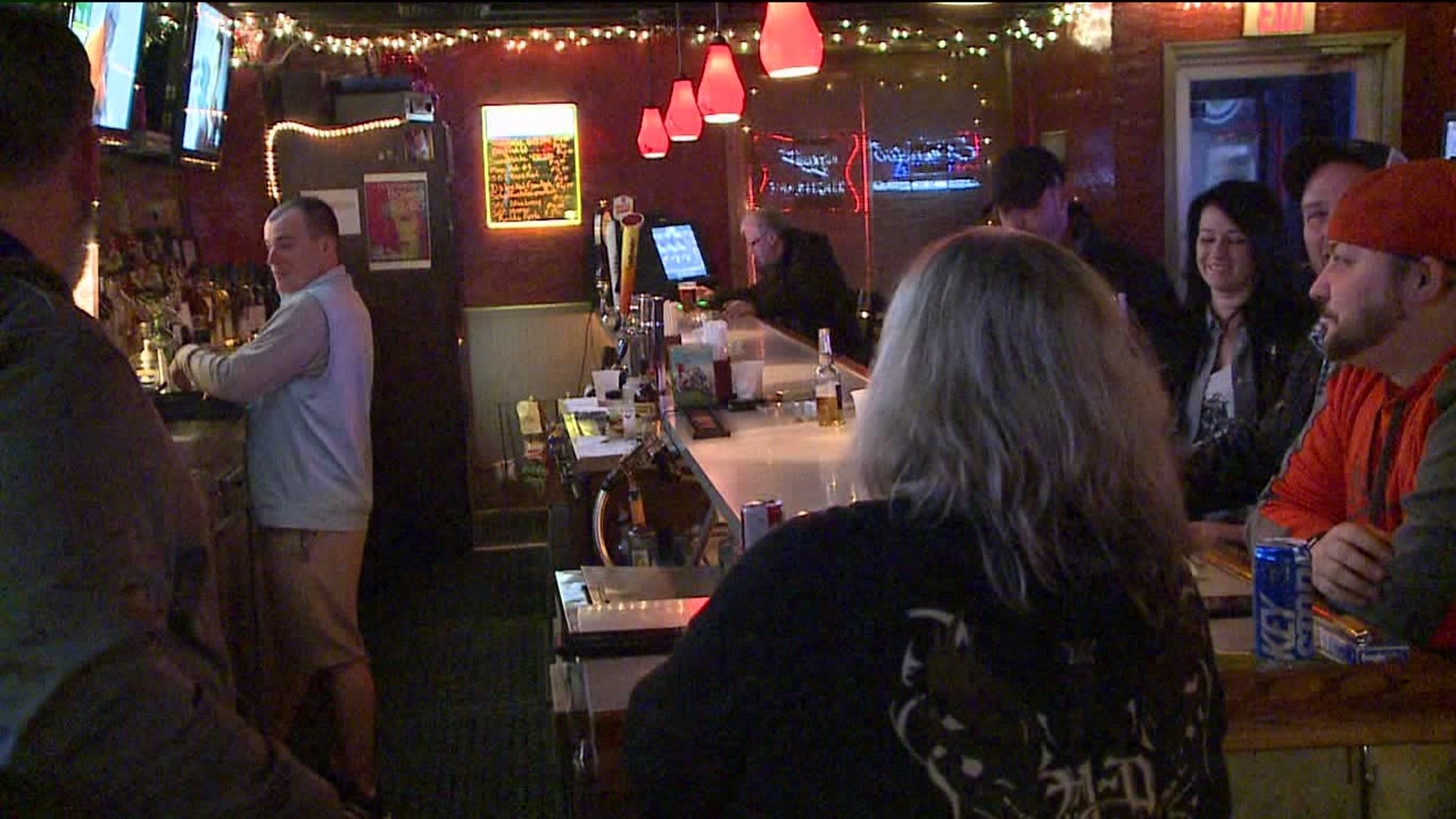 The Los Angeles Rams and the New England Patriots battled it out in Super Bowl LIII.

Super Bowl Sunday is one of the biggest food days of the year, and it has kept many restaurants, including Honeychilds' in Dunmore busy. With many fans throwing their own parties, workers tell us it's a huge night for takeout orders.

But after the Philadelphia Eagles took home the title last year, this Super Bowl with the Patriots and Rams is expected to be a little quieter for bars like this one.

"We'll get a good crowd, probably not as much as if it was the Cowboys or the Giants, but I think it will be a good game," O'Malley said.

It's not just a big night for food. Mineo's Brewers' Outlet in Dunmore also plans to cash in on the big game. With the Patriots making another Super Bowl appearance, one brand is a particularly big seller.

"Right now, we do a lot of specials. Sam Adams, which is a big New England beer, that becomes popular," said Tom Mineo, Mineo's Brewers' Outlet.

While some think it's all about the game, state police have partnered up with Pizza Bella in Forty Fort sending out flyers with every takeout order urging fans not to drink and drive but to use a designated driver instead.

State police have been out on the roads to keep everyone safe after celebrating.

Once the game kicked off, patrons filled the Penalty Box in Moosic to watch.

"I work all week long, and I'm a mom, and I never go out. And we love the Patriots so much, and everyone hates them. Our team is playing. It just seemed a little more exciting," said Roberta Ballet, Old Forge.

Others were rooting against the Patriots for another upset.

"I want to see the Patriots go down like they did last year when my team the Eagles creamed them," said Denise Shandra, Scranton.