CLARKS SUMMIT, Pa. — Police officers can now receive a text message with a picture of your car if you’re going too fast on certain roads. Clarks Sum... 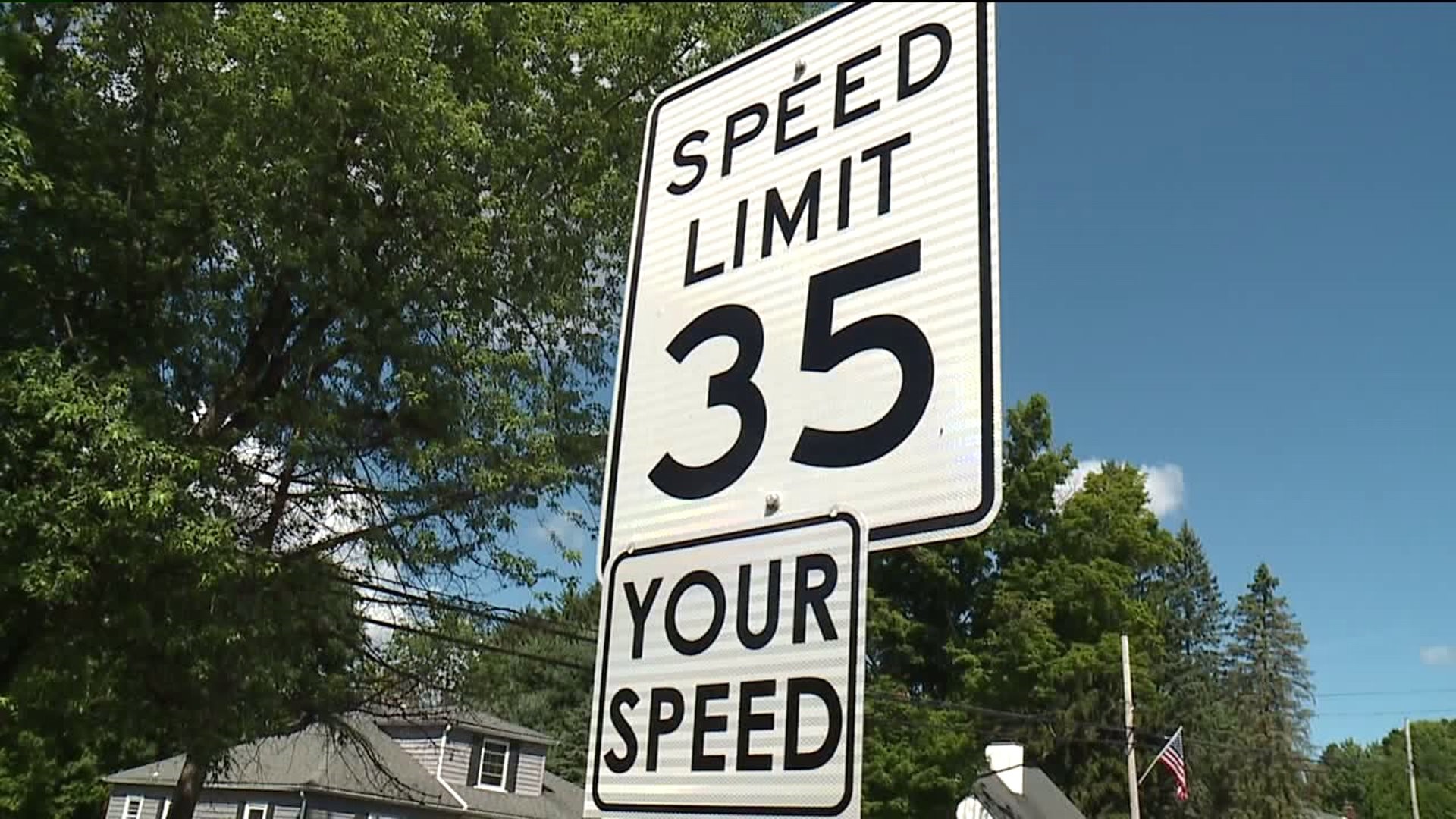 CLARKS SUMMIT, Pa. -- Police officers can now receive a text message with a picture of your car if you're going too fast on certain roads.

But those signs do a lot more now.

Dominic Scott has lived along Knapp Road in Clarks Summit almost his entire life and has become accustomed to cars speeding past his house.

"It has always been an issue on Knapp Road," he said. "They seem to come across the bridge as a speedway."

Last Thursday, Clarks Summit police added a sign across from Scott's house. It not only tells drivers just how fast they're going, in some cases, it tells the police, too.

"There's a lot of children in the neighborhood and so forth, so it's always been a problem. Hopefully, this will alleviate some of it," Scott said.

Clarks Summit purchased two of these signs through a state grant. They're programmed to take a picture if a car passes at a certain speed above the limit.

"If someone drives by beyond the threshold that we have the settings for, it will send an email or text message to our phones that a vehicle drove by at a certain speed," said Clarks Summit Police Chief Chris Yarns.

Chief Yarns showed us an email he received Sunday night showing that someone was going 62 in a 35 zone. Yarns says the photos aren't always accurate and not admissible in court but will change how officers enforce speeding.

"If you can find someone who is doing it at a certain time every day, then hopefully, we can isolate that person and sit there at that time frame and catch it," said the chief.

The police chief says these things have about a two-week battery life and whenever it's time for them to be charged, officers will move them to different streets around the borough.

The chief says the two signs cost about $10,000 and his borough is one of several communities in our area that is using the new technology.