September is National Suicide Prevention Month and local mental health advocates are reminding people that help is out there. 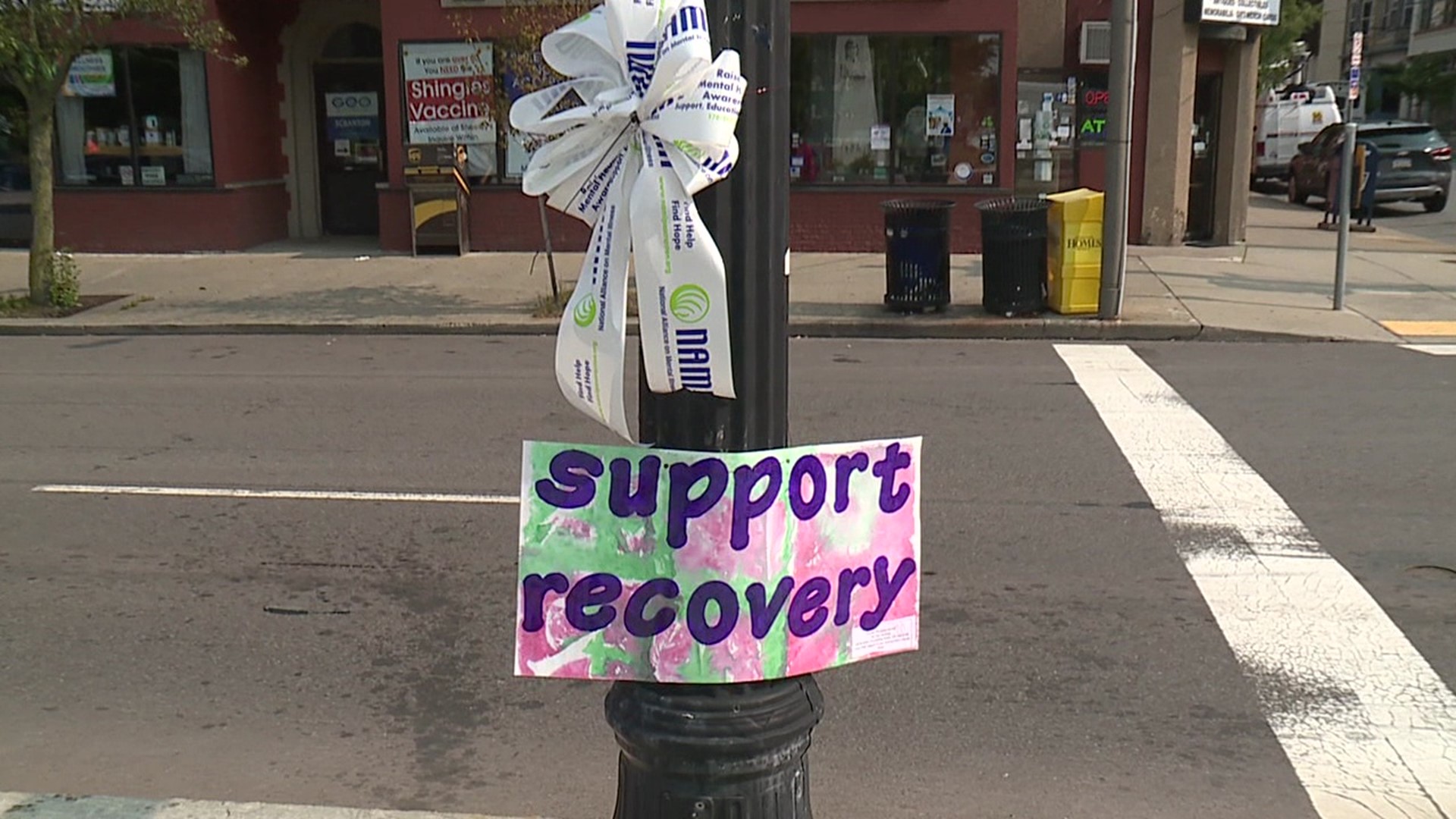 SCRANTON, Pa. — If you walk around Courthouse Square in downtown Scranton this month, you'll see white ribbons and signs with messages of hope and comfort adorning the light posts.

The Scranton Counseling Center and the local chapter of the National Alliance on Mental Illness (NAMI) teamed up to raise awareness about mental health during National Suicide Prevention Month.

"This year with COVID and all of the closures, a lot of the guys have had trouble getting involved in the community, getting out to the places they used to go for support. So showing that we're still here for them and we're supporting them is important for us," said Janice Mecca, Psych Rehab Director with the Scranton Counseling Center.

This isn't the first year the two groups have put up these signs around Courthouse Square, but this year, messages like. 'This too shall pass,' are especially relevant.

Two mental health advocacy groups in Scranton team up every year for National Suicide Prevention Month, putting up ribbons and signs like this on around Courthouse Square. I think we can all agree messages like this are especially relevant this year. @WNEP pic.twitter.com/dafgxolLyJ

"You're not alone. That's a message that NAMI, it's been a theme for years and years and years. Now, more than ever, it's important to know even though we might be separated by distance, you're not alone," said Marie Onukiavage, Executive Director of the Scranton chapter of NAMI.

Social isolation, concerns about getting sick, financial hardship are all things weighing on people's minds these days.

"It all compounds. It's not one major factor; it's all those little straws that build up on that camel's back, and eventually, it could be too much for some folks," said Onukiavage.

For more information on what resources are available, visit the Scranton Counseling Center website or the National Alliance on Mental Illness website.