Citizens are invited to submit their ideas. 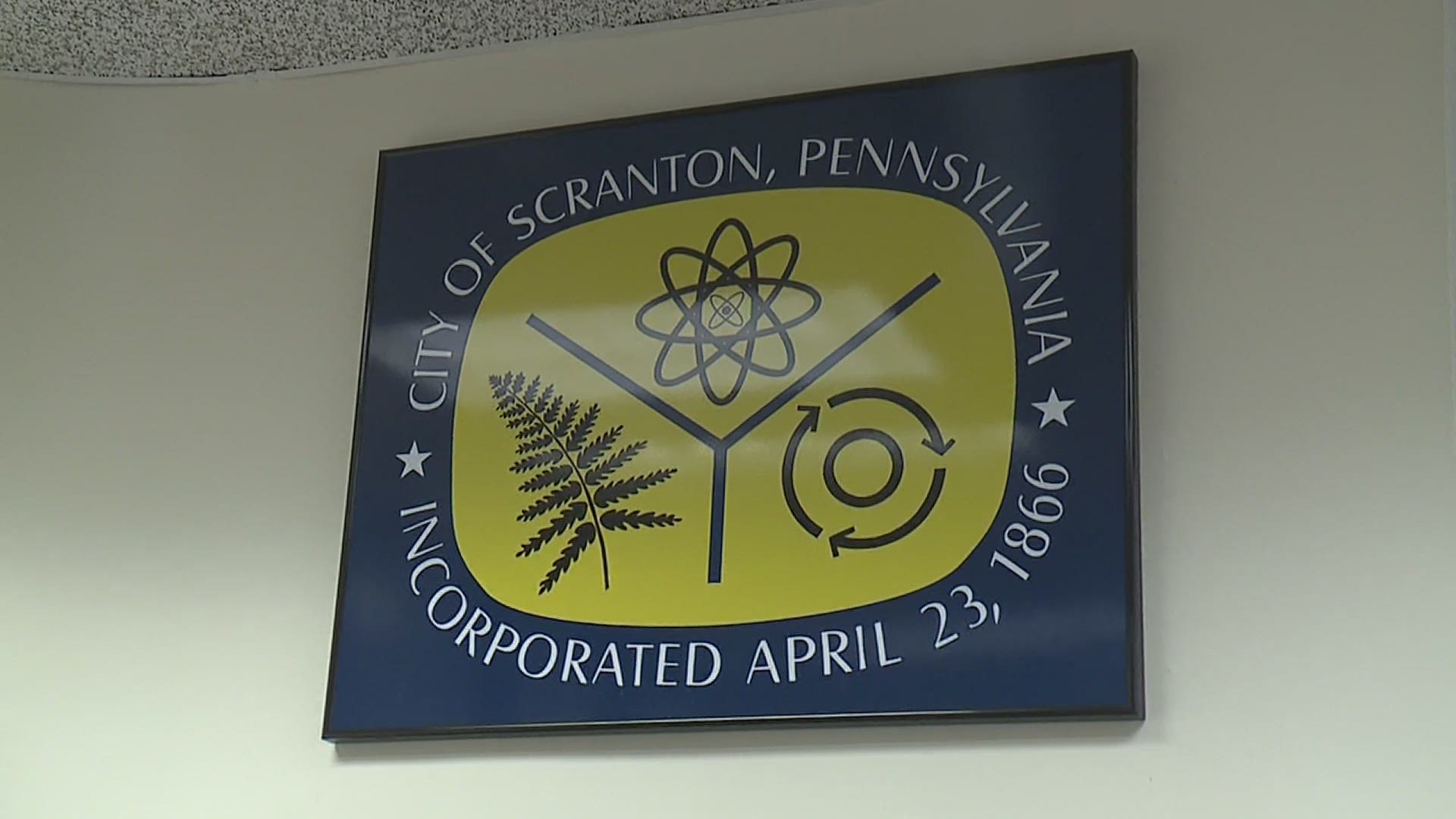 SCRANTON, Pa. — The Mayor of Scranton is looking to re-brand the Electric City by asking for ideas for a new city flag.

As it turns out, this is a tradition in Scranton. Flag contests have been held twice before in the past.

You'll be hard-pressed to find the Scranton flag flying in the Electric City. City hall's flag is being kept inside the mayor's office now, and you'll find the symbol on a smattering of DPW vehicles.

Newswatch 16 had to go to the researchers at the Lackawanna Historical Society to find out what the flag stands for.

According to decades-old documents at the Historical Society, the seal symbolizes Scranton's past, present, and future.  The branch depicted represents the past, the wheel represents transportation and progress, while the atomic symbol stands for technological innovation.

The current flag was picked through a contest for the city's centennial in 1966.

Now in 2020- Mayor Paige Cognetti is asking the public to submit ideas for a flag that better represents Scranton today.

But this concept isn't new. The city's first flag was picked through a contest in 1907.

The winner back then won a whopping $20 for the design. A Lackawanna County Commissioner, Victor Burschel, came up with it.

"There's a coal breaker, a silk mill, smokestacks and industry that kind of give an idea of what was important to Scranton in 1907," said Lackawanna Historical Society's Assistant Director Sarah Piccini.

Even the history buffs at the historical society see the reason for a re-brand.

"In 1907, it made a lot of sense to have coal breakers, not so much anymore. We talk a lot about anthracite heritage, but it doesn't really apply anymore. So, a new design would be good moving forward to get away from that coal cracker kind of heritage that we like, but we try not to really rely on too much," Piccini added.

Mayor Cognetti is asking for a simplistic new design that represents Scranton in the 21st century.  The only requirement is that it maintains the blue and gold colors of the 1966 flag. Submissions are due by March 20.