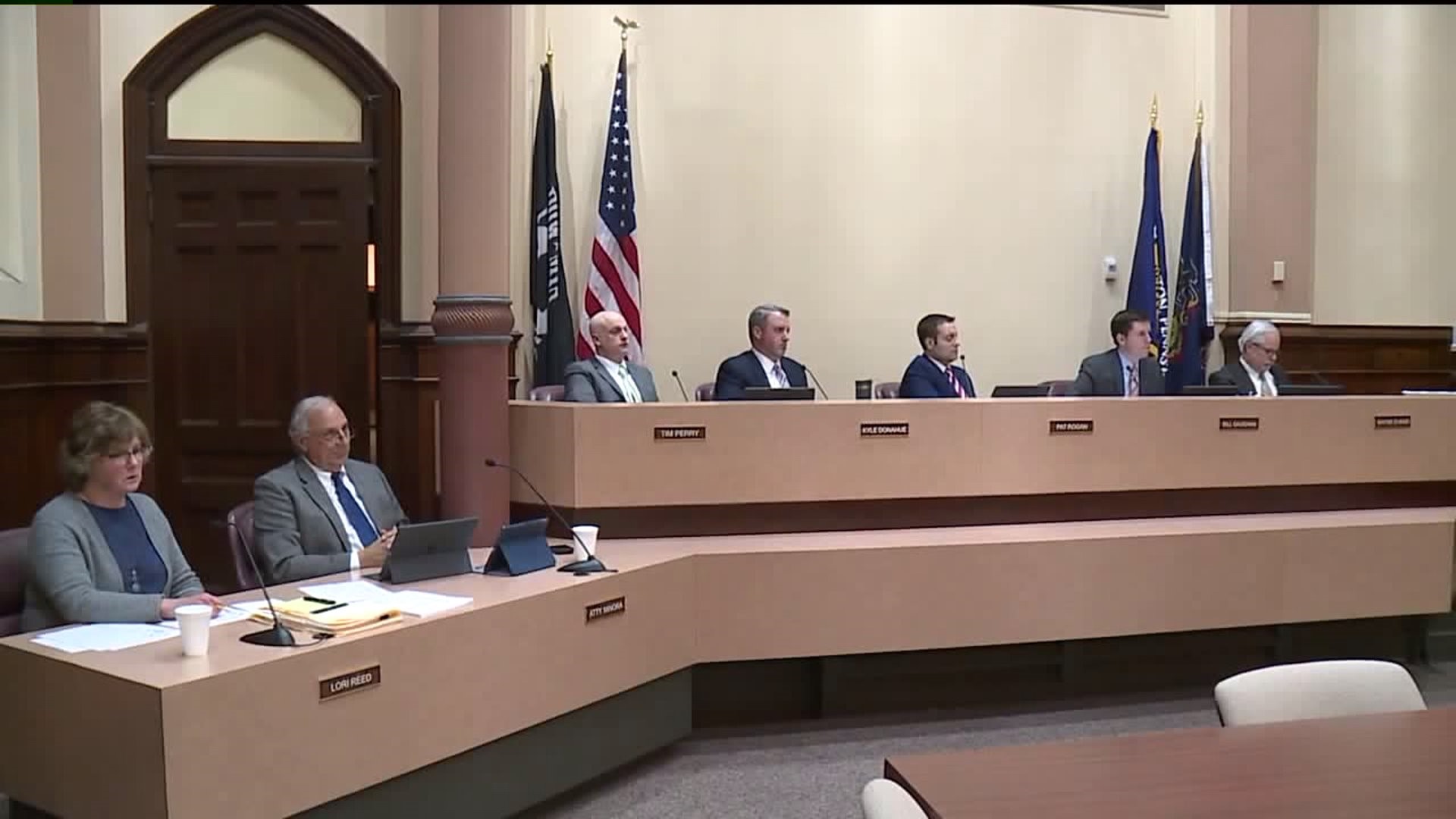 Council made those remarks at its meeting Monday evening.

“I would fully encourage the mayor, his cabinet, and any other government officials to fully cooperate with the FBI and Justice Department in their investigation,” said council member Bill Gaughan.

Council members each sounded off on a possible FBI investigation of the city, first saying they still had no idea why agents raided City Hall and the mayor's home last week.

This was the first council meeting since that raid last Wednesday, with some on council asking the mayor himself to explain.

“I strongly urge the mayor that if you did nothing wrong then you should make a statement to that effect and continue to come to work every day to do the work the residents of this city elected you to do,” said council member Kyle Donahue.

Residents who talked at the meeting did so with outrage.

“Let's talk about the 800-pound gorilla in the room,” said Joan Hodowanitz. “Mayor Courtright and the FBI.”

“As far as legal bills are concerned, I think the mayor should be on the hook for his own legal bills,” said Jay Walsh. “And I think that if any of you people know what's gone down, I suggest you get your own lawyers and get in there and make a plea deal.”

This investigation comes as the city council is in the process of restructuring the city's code of ethics applied to city employees and elected officials.

“The past few days have only highlighted for me the need for a strong ethics code in the city,” Gaughan told the room before they took a second reading of the proposed ordinance.

Gaughan says if approved, a board would be selected to oversee those ethics and how they are enforced.

A final voted is expected at council’s next meeting on January 28.

“Make the board relevant again. Give the board teeth,” said Gaughan. “One of the major parts of this code of ethics is campaign finance reform, so that would limit contributions from individuals and PAC's to public officials in this city.”