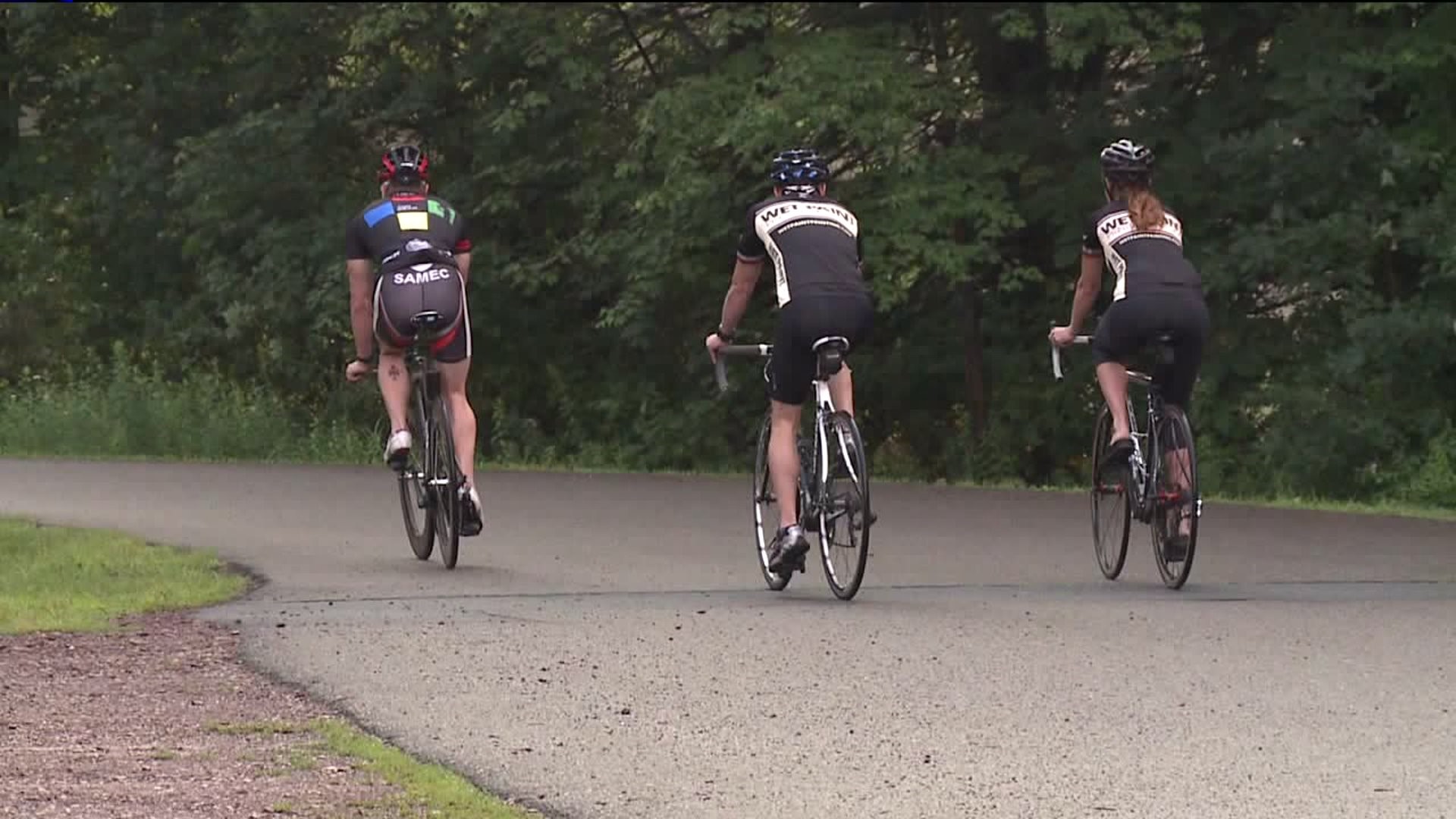 Busy roads in Scranton and Wilkes-Barre are not very friendly to bikers or runners, but a new project could help change that.

The Downtown Scranton and Wilkes-Barre Bicycle Study is in the early stages, gathering information about what is needed in both cities to make it safer for bikers and foot traffic.

David Drouse of Moscow was riding his bike down Route 435 two years ago when the unthinkable happened.

"A car did not see me and ran the stop sign and basically t-boned me on the bike, and I went over--I remember going over the hood and then, you know, there's some memory lapse after that," Drouse recalled.

Drouse works at Cedar Bicycle on Pittston Avenue in Scranton where he always cautions bikers to remain alert and to wear a helmet, but he says drivers also should be conscious of sharing the road.

"They do need to be a little more aware that there are other people using the road, whether it be a cyclist or even a runner," Drouse added.

A new study in the cities of Scranton and Wilkes-Barre hopes to make the streets a little more friendly to those bikers and runners.

The Downtown Scranton and Wilkes-Barre Bicycle Study is working on studying how the downtown areas can be more inclusive.

"With so many people coming to Wilkes-Barre and Scranton, and so many people moving in. There's more apartments and so forth, people want to see an area that's not only walkable, but safe and pleasant to do so," said Robert Thomas, project consultant.

Thomas is a consultant from Philadelphia assisting the cities with the project. He says Scranton and Wilkes-Barre can easily become safer for foot traffic as other cities across the nation have begun to as well.

The project aims to make places like Public Square in Wilkes-Barre safer for pedestrians and bicyclists. They are now asking for your help.

Using WikiMapping, you can submit your own biking and walking routes to the study for consideration. For a tutorial on how to use WikiMapping, click here.

Right now, the project is in the early stages. They hope to apply for funding at the end of the year to begin work, but consultants say it will likely be about five years or so before the project would be completed.