Officials say those shown in the surveillance pictures attempted to use victims identities at local banks. 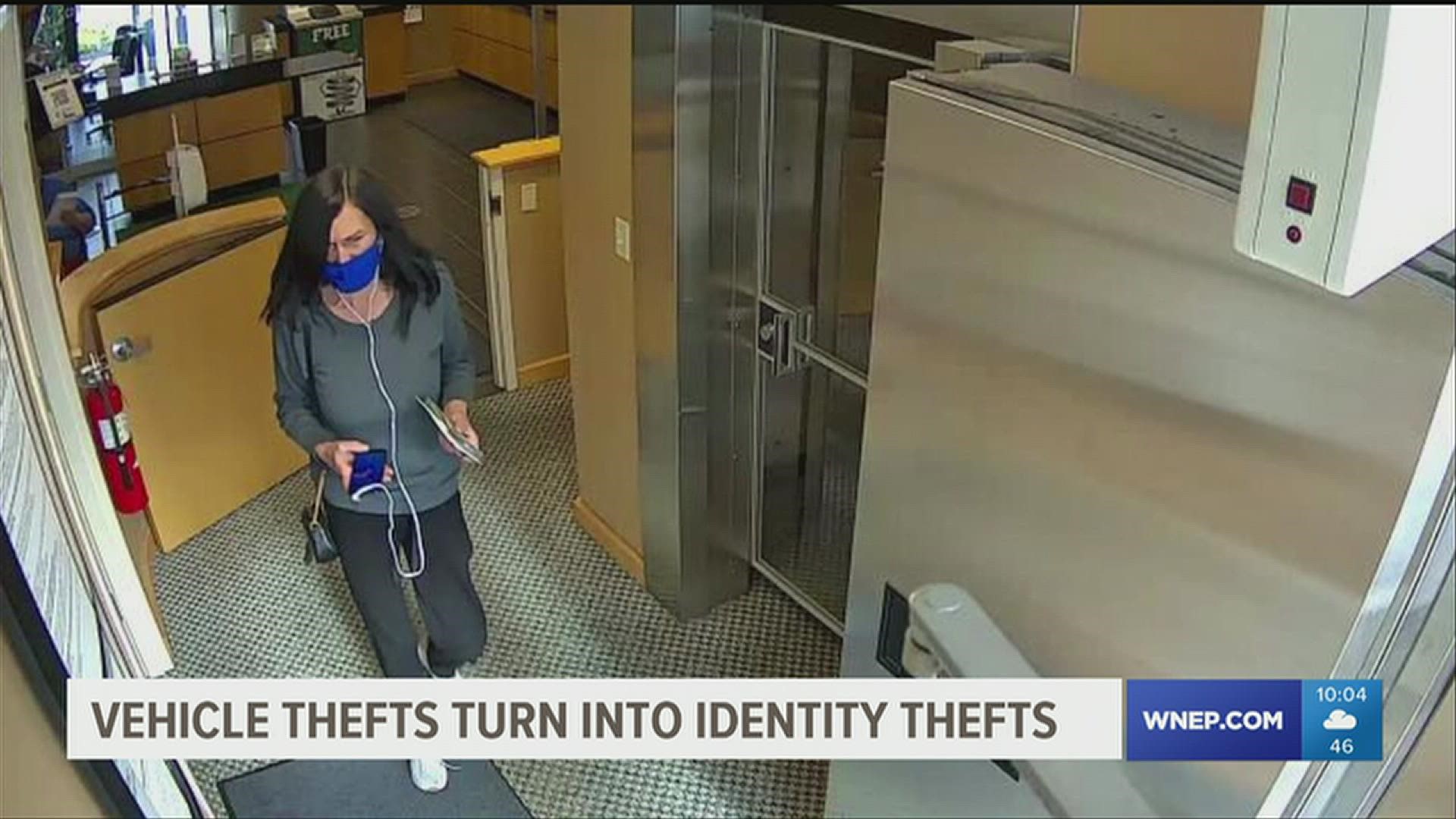 Police in Lackawanna County are investigating a number of vehicle break-ins and subsequent identity thefts.

The Waverly Township Police Department say these two women broke into cars parked in a lot for the trolley trail, then tried to use the victims' information at local banks.

They can be seen in surveillance photos at some local banks.