SCRANTON, Pa. — Members of the Lackawanna College Police Academy tell us cadets learn about what to do about suspicious packages in the mail and those cad... 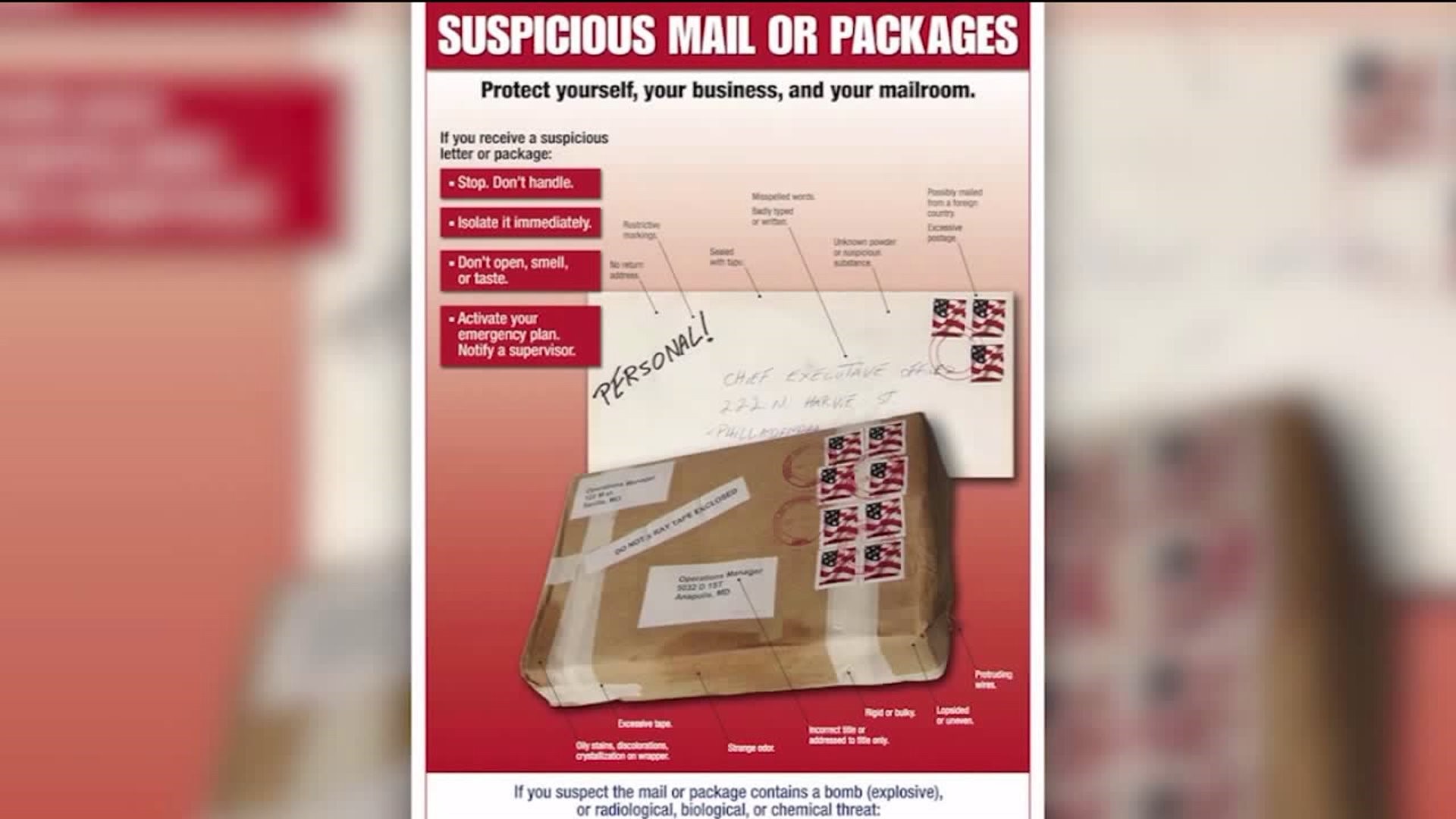 SCRANTON, Pa. -- Members of the Lackawanna College Police Academy tell us cadets learn about what to do about suspicious packages in the mail and those cadets are encouraged to share what they learn with the public.

Cadets at the Lackawanna College Police Academy honored the flag before beginning the day's lesson on Friday.

The director of the academy says an important part of their curriculum involves educating the public on safety measures they should be aware of, like how to identify a suspicious package

"The public and business people and organizations have a right to know so they can be prepared and when I talk about what we teach in the academy, what we are teaching in the academy is to help educate the public," said academy director John Chilleri.

John Chilleri sat down with Newswatch 16 to let us know what to watch out for when faced with a potentially suspicious package.

"Is there any type of odor? Any staining on the package that appears to be from the outside in or any staining at all?"

Chilleri also mentioned many indicators the United States Postal Service outlines on this poster, like an unknown or blank return address, misspelled words or sloppy writing, unofficial stamping, damage on the package, or an excessive amount of postage.

"Would not be in their best interest to show up at the post office to get this thing weighed, so they're going to guestimate or take a chance that it's going to make it to the location," Chilleri explained.

Folks Newswatch 16 spoke with as the Scranton Post Office say this recent incident has prompted them to take a closer look at their mail.

Many are happy the protocols the post office has in place has kept the packages from reaching their intended locations.

"The postal inspectors do a bang-up job, wonderful. Thank God we have them," John Kane said.

Even though many packages that come through the post office are identified, the director of the police academy still says to watch out for packages that may have been made to look like they went through a distribution center or that have no official stamping on them at all. If you have a package like that, you should call law enforcement immediately.