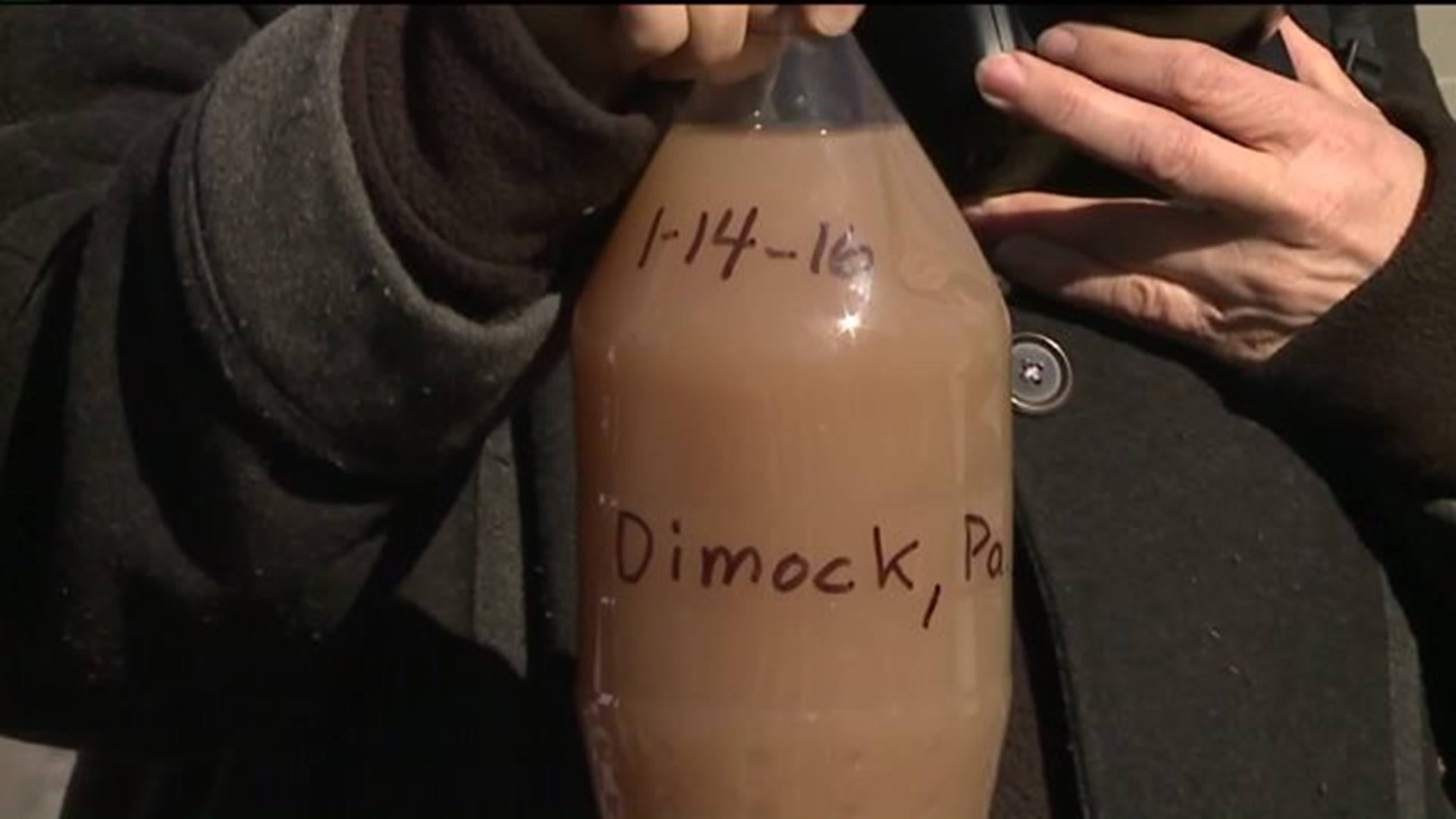 SCRANTON -- Two families from Susquehanna County headed to federal court Monday to take on a natural gas drilling company over their drinking water.

Residents from Susquehanna County are having their day in federal court in a fight against Cabot Oil and Gas over water contamination.

Two families from Dimock Township are suing Cabot, claiming their water was contaminated from natural gas drilling back in 2009.

Jury selection began Monday at the federal courthouse in Scranton.

The Hubert family and the Ely Family, both from Dimock Township, are the only residents who did not settle with Cabot Oil and Gas over water contamination.

On Monday, the two remaining families began their fight in federal court.

"It has been seven years now," said Scott Ely. "It's been a long haul just to get to this point, a lot of ups and downs, but I think we are going to prove something and today is the start."

The Ely and Hubert families claim their drinking water was contaminated by the drilling for natural gas in the Marcellus Shale. Now they want their voices heard and their water fixed.

"You have to really live it in order to feel it," said Monica Ely. "I mean we haven't had clean water since my son was in kindergarten and now he's in seventh grade, so they don't know any different and it's not a normal way of life."

The Elys were offered more than $150,000 and the Huberts $50,000 but those two remaining families did not believe the offers matched the struggles they have been dealing with.

Ray Hubert tells us this fight isn't just about money.

"We are not here for greed. We just want things back the way they were."

"There is a lot to it. It's not just about any one thing," Scott Ely added.

A spokesperson for Cabot Oil and Gas told us the company won't comment while a jury is being selected.