The pandemic caused a shortage of microchips, which are used in many of the high-tech features in new cars, such as GPS navigation and entertainment systems. 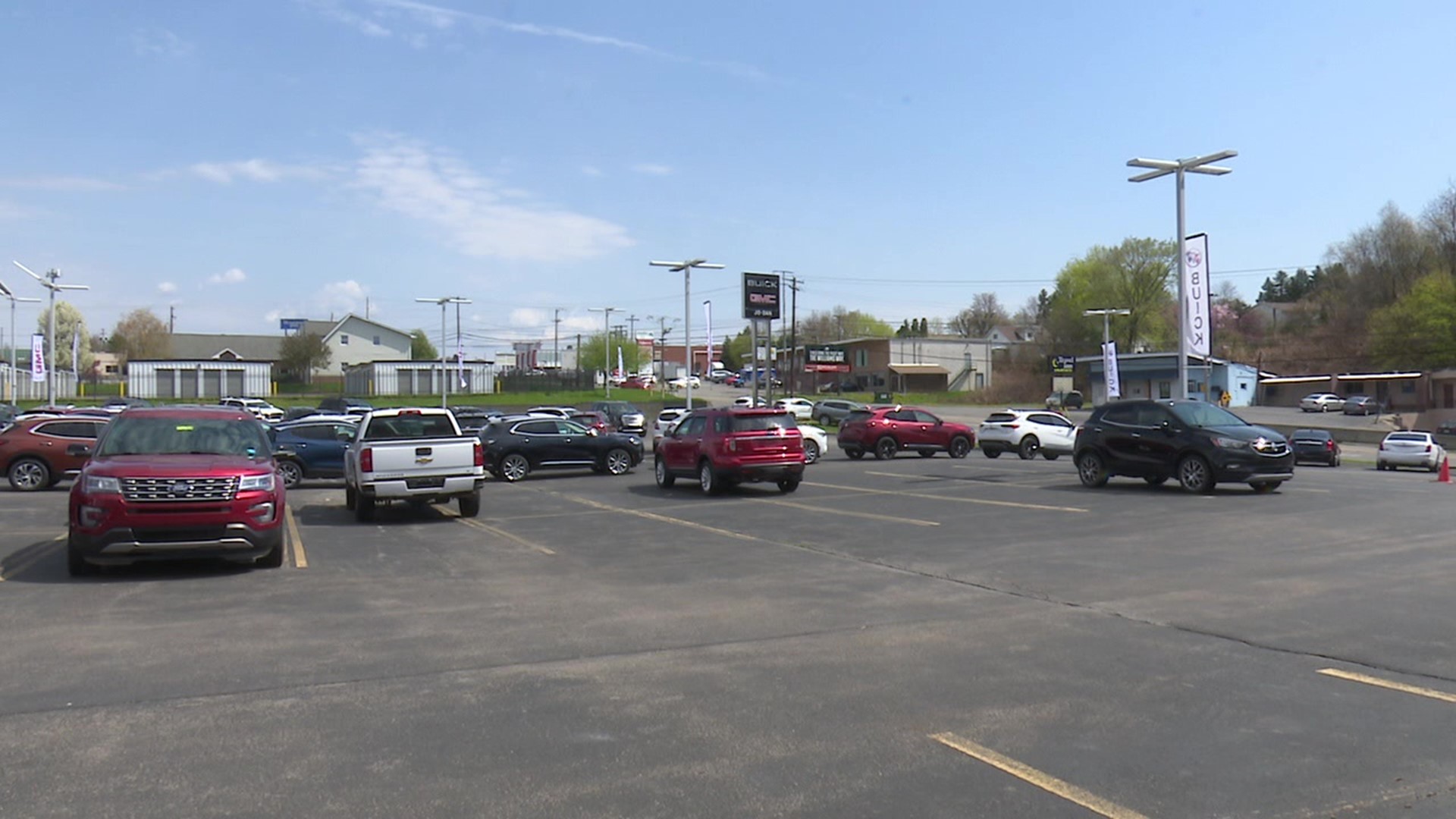 MOOSIC, Pa. — The car salesmen at Jo-Dan Buick GMC in Moosic are feeling fortunate to have cars in the lot at a time when the lots at many dealerships are entirely empty.

General manager Michael Alves says he's lucky that his inventory is only down about 30 percent.

"I literally am down to one full-size truck in stock right now, which we usually have around 30. Now, they have been coming, but the lion's share of those vehicles are sold before they hit the ground."

Allen Fell bought one of the last remaining trucks here after shopping around.

"My wife and I were shopping for a Chevy hybrid, and dealers didn't have any," said Fell.

The shortage of new cars is due to a shortage of something else, a key part of most cars now: the microchip.

Demand for these small electronic devices soared when the pandemic started as so many people bought new phones, computers, PlayStations, etc., while they were stuck at home.

"There's billions of these microchips produced, but they're in literally everything right now—this camera you're using, the microphone, our phones, our watches," said Alves.

The microchip shortage has been going on since this time last year. But back then, there wasn't a big demand for cars because most of the country was under a stay-at-home order. Plus, most car dealerships had to shut down because they were considered non-essential.

Now that more people are on the roads again, car dealers are having the opposite problem.

"In a very, very short matter of time, that desire to buy a new vehicle increased exponentially. The appetite for automobiles to the consumer is extremely high right now, as high as I can ever remember it being," said Alves.

Alves does not doubt that microchip manufacturers will figure out a way to speed up production.

"They're losing billions of dollars, literally because of one tiny little wafer-size chip. So they'll figure out a way to either get them from another supplier, make them themselves. But yeah, when there's profit to be made, you know, good old American ingenuity will figure it out."

He's hearing and hoping that things will improve this summer.