TAYLOR, Pa. — A pile of debris is all that’s left after a house explosion on Union Street in Taylor. The blast rocked the neighborhood just after 8:... 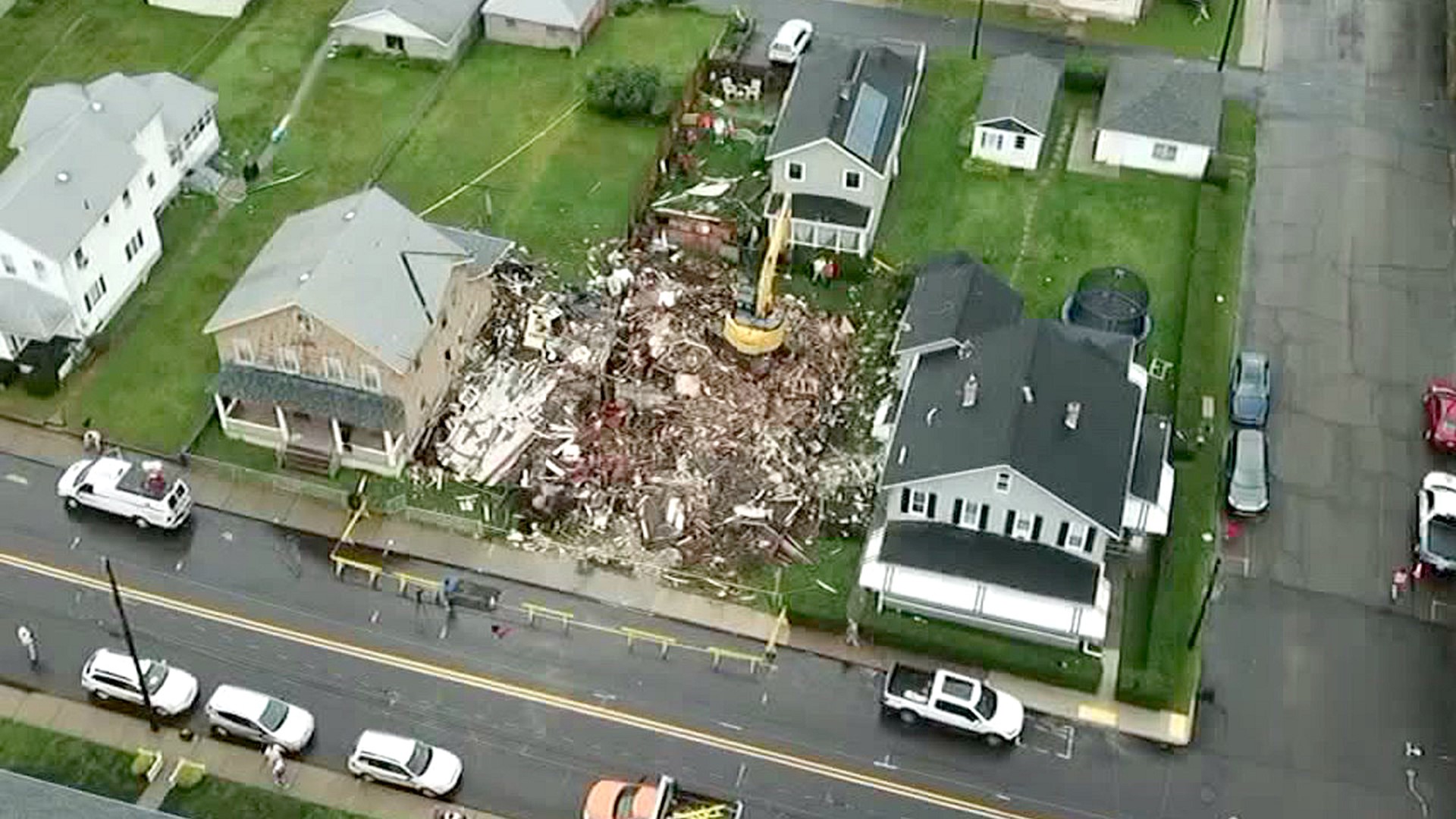 TAYLOR, Pa. -- A pile of debris is all that's left after a house explosion on Union Street in Taylor.

The blast rocked the neighborhood just after 8:30 p.m. Thursday night.

"I thought the end of the world was coming," said one neighbor.

"I wouldn't think this would happen in a million years,” said Corey Davies of Taylor.

Fire crews battling flames say they heard a man calling from inside a basement area.

The Taylor police chief said the resident of the home is Brian Ott. He's being treated at Lehigh Valley Hospital near Allentown and is listed in critical condition.

Officials say it took hours to dig Ott from the rubble last night.

Skycam 16 shows how a home on Union Street in Taylor was reduced to debris.

Neighbors throughout the borough felt it around 8:30 p.m. Thursday. 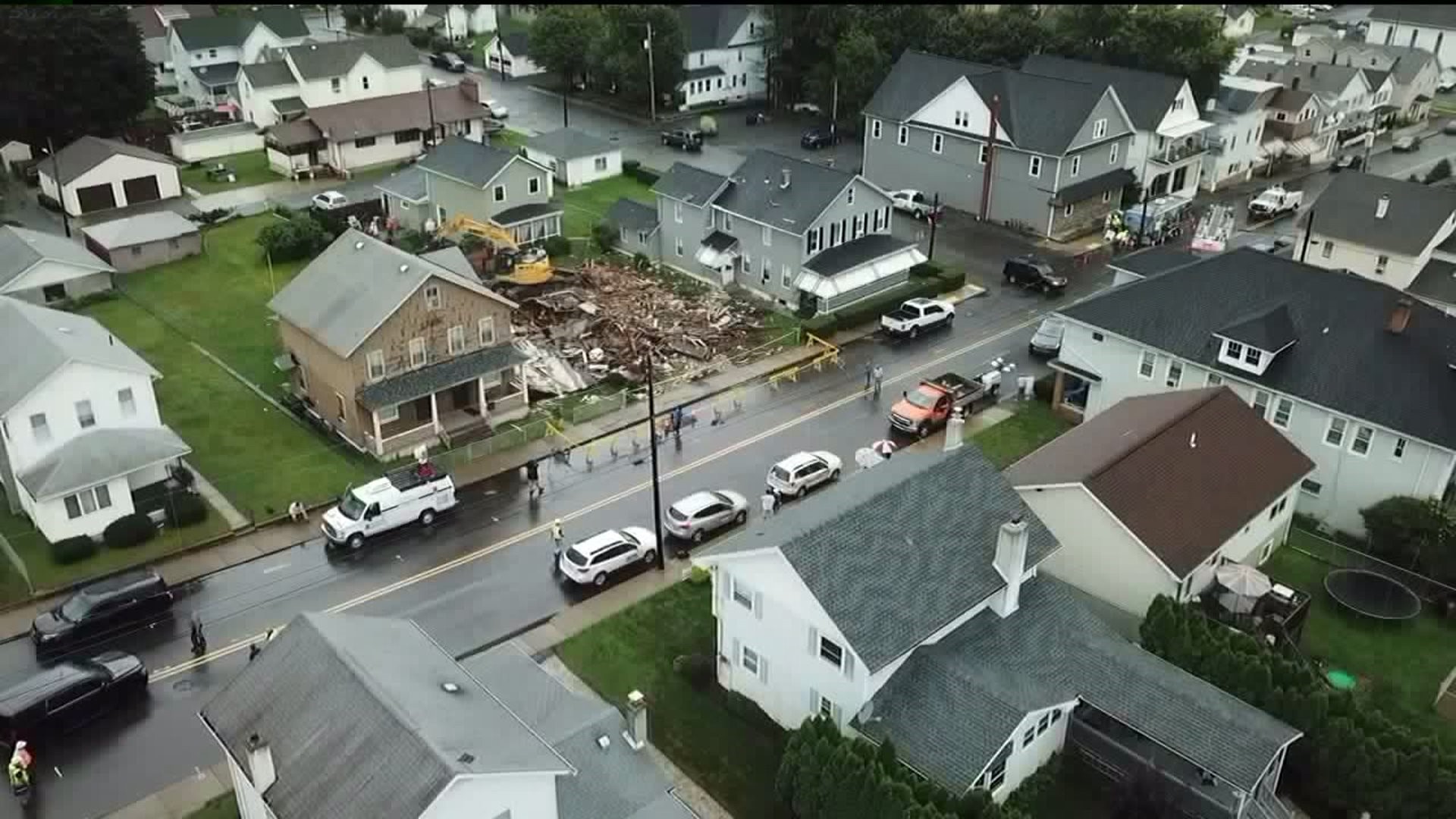 Neighbors Amy Juba and Annie Shingler were home. They heard a bang then saw a fireball rip through each of their yards.

"All of the explosion went straight across and out, and fire just came this way. It was, there's no words to explain it," Juba said.

"Any pictures on the wall, everything crashed at one time. Anything that had glass on it, my house is full of glass I have to clean up," Shingler added.

"You see it in the movies, that blast of energy that moves out but you don't realize until it goes through you. It's crazy, feeling energy of a blast, literally, go through you. It wasn't until the adrenaline wore off that I realized I am kind of messed up, I better go see someone," said Jereme Spanburgh. 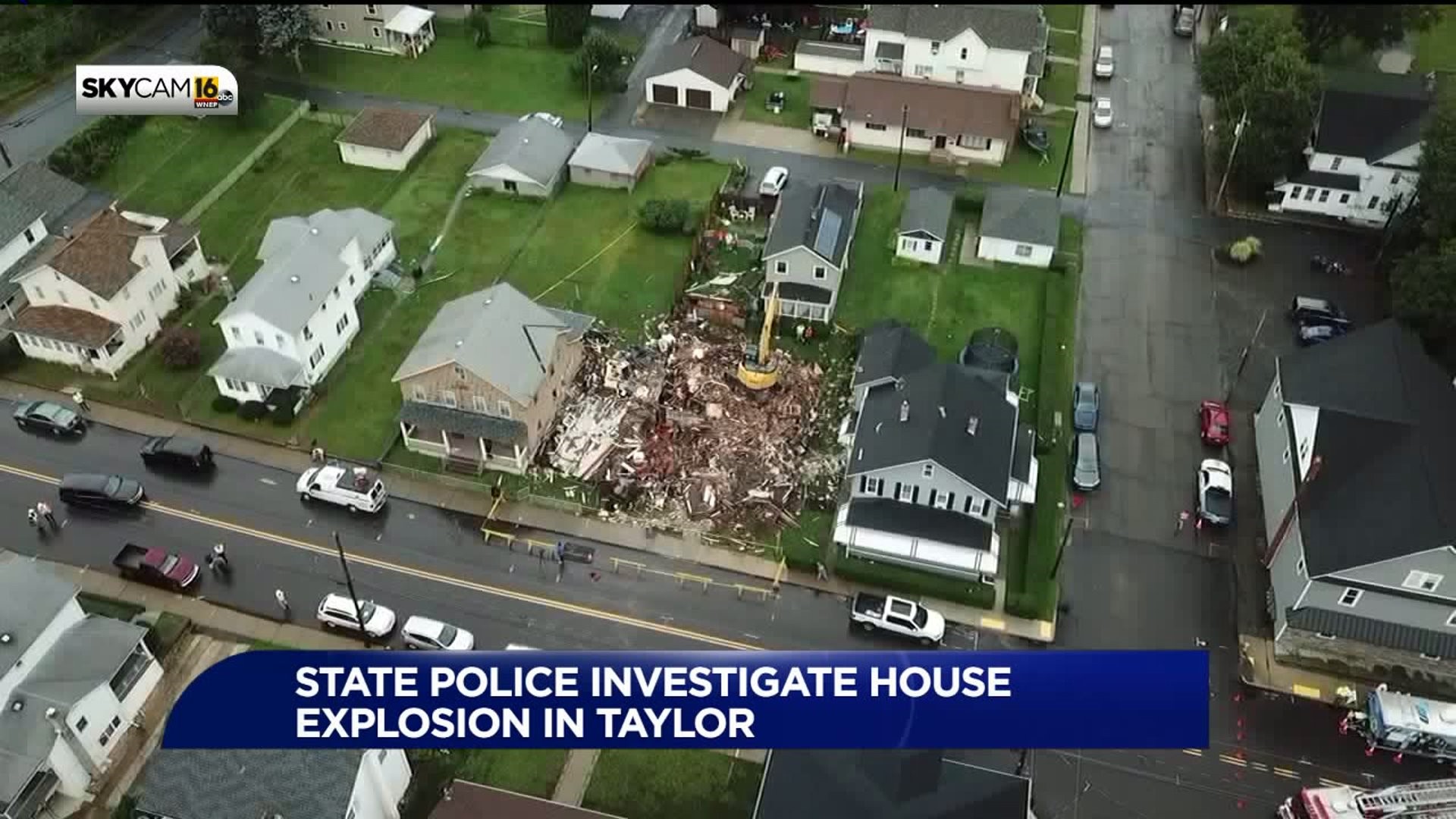 Spanburgh was checked out for a concussion. He says it could have been much worse for his entire neighborhood. The force of the blast smashed windows. the street was covered in shards of glass. There was even some on Spanburgh's roof.

Homes in this area were evacuated Thursday night while firefighters worked for hours to free the man who lived in the home from his basement. Firefighters say the debris made him hard to reach but they could hear him and kept him talking while they worked.

State police fire marshals picked through the rubble on Friday to find evidence. They collected a gas pipe from the basement. It will be up to troopers to determine a cause.

State Police Fire Marshals have arrived. They’ll work to determine what caused the explosion. UGI officials say they did not find any leaks from their equipment. @WNEP pic.twitter.com/4YwTJ2dtkb

Officials with the gas company say it wasn't caused by equipment failure or a leak outside the home.

"What I can say is we did not find a leak on our facilities in the immediate vicinity of the incident. But, really, in terms of what exactly happened, it's still under investigation," said UGI official Joseph Swope.

Neighbors returned to their homes Friday morning when the gas and power were restored, shocked to see all the damage by daylight.

"It could be us, could be anybody you know? Very scary actually, yeah,” said Anthony Rosa of Taylor.

The Taylor police chief says Ott’s dog was found a few blocks from the scene by Taylors DPW workers. The dog is doing OK.