Honoring a pioneer for women in Scranton

Marion Munley, one of the first women to be elected to the PA House of Representatives, is the first woman to be included in this monument. 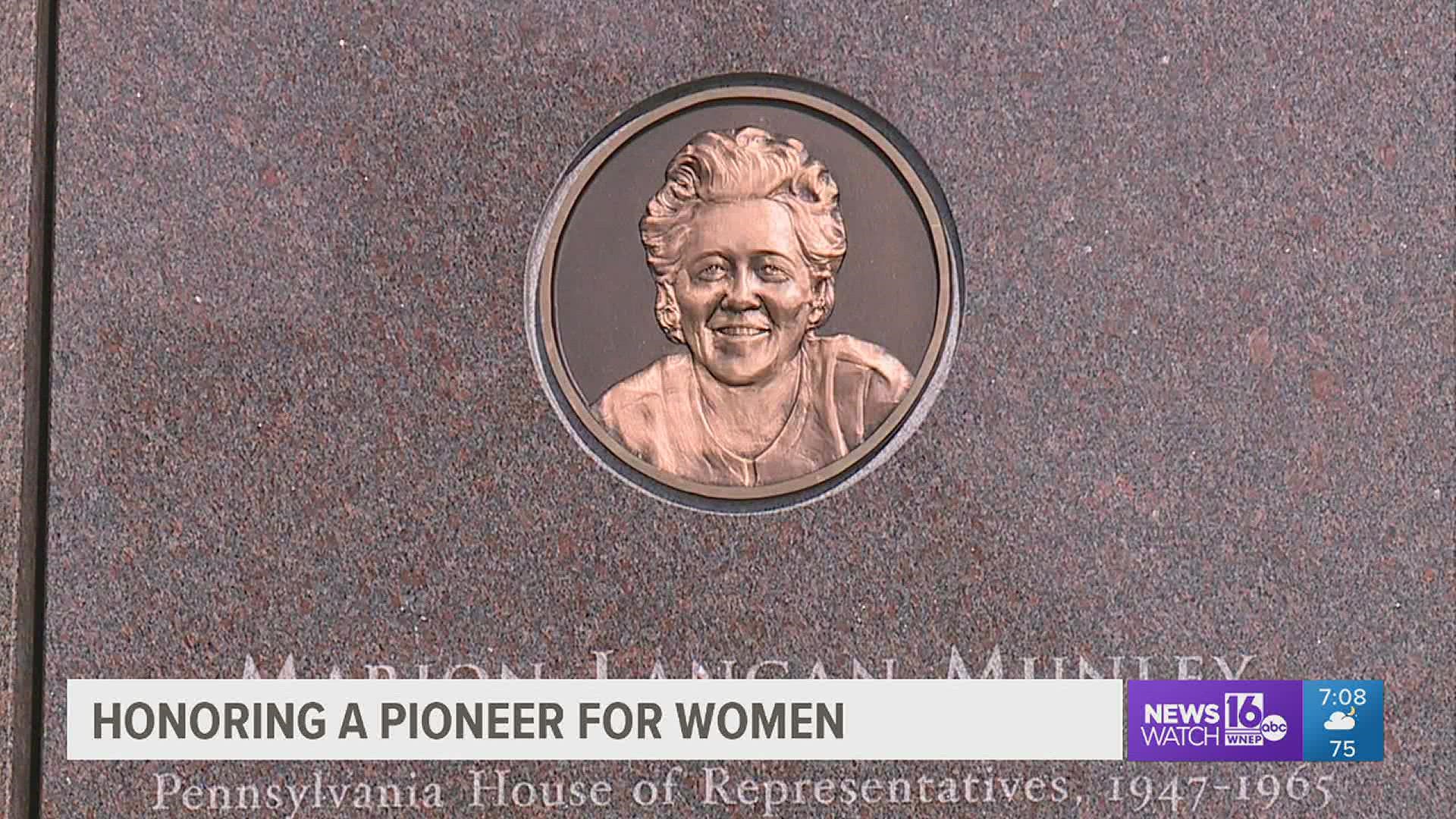 SCRANTON, Pa. — Marion Munley's name is attached to a long list of 'firsts.'

And now, she's the first woman to be included in the Distinguished Citizens Memorial on Courthouse Square in Scranton.

"This is one of the greatest honors anybody could have. To be memorialized forever on Courthouse Square and to be the first woman to do so is incredible," said Daniel, Munley's grandson.

But as the head of the Lackawanna Historical Society says, it's great to be first, but it's more important to be great.

"There's a lot of attention, especially in today's world, where we're saying, 'this is the first woman to do this, the first woman to do that,' which is great, and we should celebrate that, but when you look at someone's life, you have to look beyond their gender to see what they accomplished as a person," said Mary Ann Moran Savakinus.

After her husband, Robert Munley passed away in 1947, she won a special election to take his seat in the House of Representatives.

She was then re-elected 8 times and spent much of that time fighting for women's rights.

"Early on, that was a very important step to move into the world we live in today," said Savakinus.

Betty Laskosky lived down the street from Munley when she was 4 years old and needed kidney surgery.

"Well my parents didn't really have money, my father worked in the coal mines. The thing to do was to go to Marion Munley. She made all the arrangements, for the hospital, for a place for us to stay," said Laskosky.

That's a story that doesn't surprise Munley's grandchildren, and it's just one of the many things they hope people remember when they see her name on Courthouse Square.