SCRANTON, Pa. — Downtown Scranton is getting into the holiday spirit this weekend. An annual tradition kicks off and thousands of shoppers are expected to... 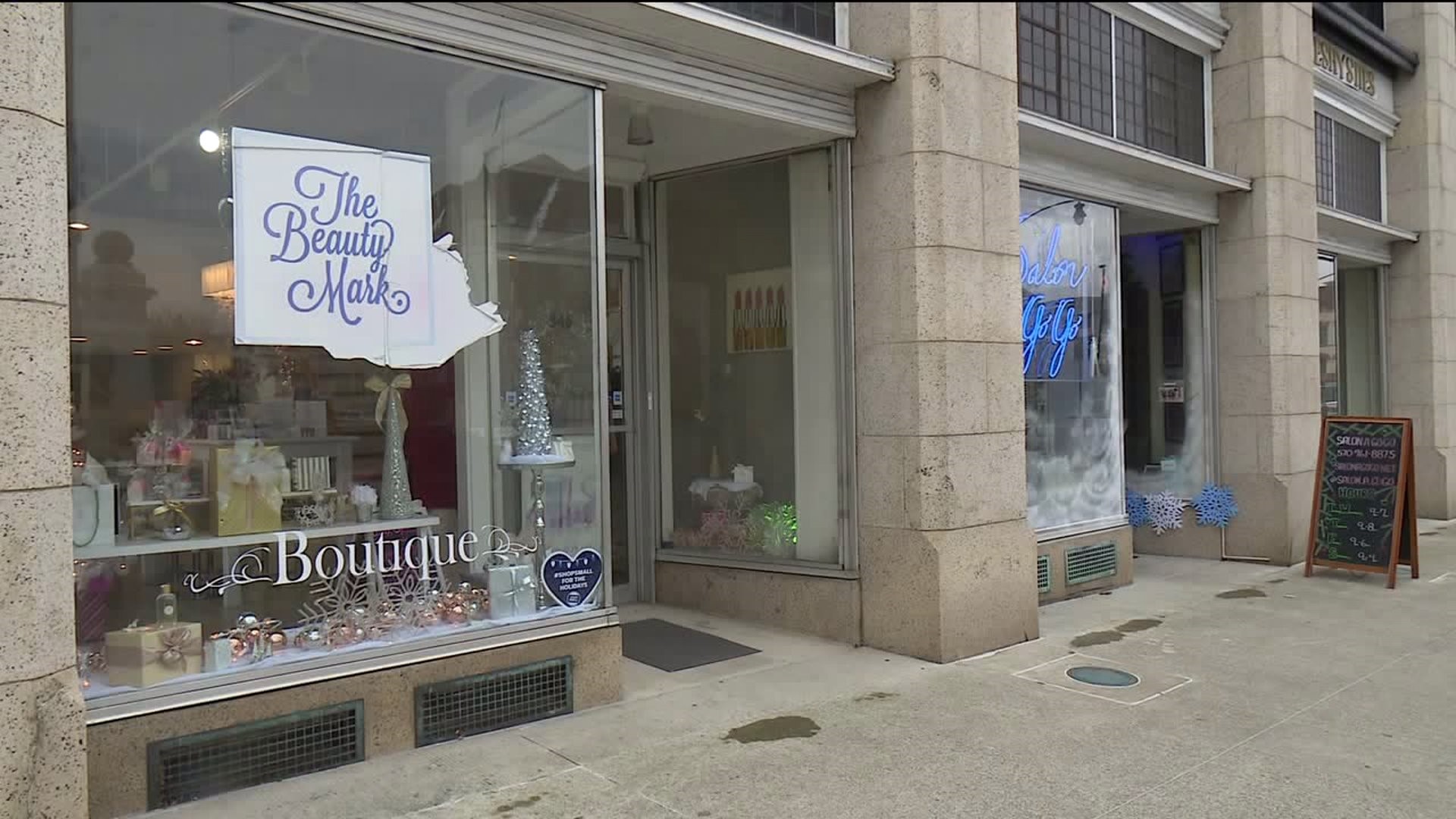 SCRANTON, Pa. -- Downtown Scranton is getting into the holiday spirit this weekend. An annual tradition kicks off and thousands of shoppers are expected to pour into the city starting Friday night.

The Lackawanna County Government Center which most people remember as the former Globe Store is lit up, officially kicking off the holiday season in downtown Scranton

As the Winter Market welcomes shoppers for the weekend, business owners are doing what they can to make their stores inviting for shoppers all season long.

Over 50 stores are participating in the annual holiday window decorating contest, part of a campaign called Deck the Downtown hosted by Scranton Tomorrow, a nonprofit community and economic development organization.

A secret panel of judges will award prizes for 15 different categories ranging from most festive to most "Scrantastic."

Another way that Scranton Tomorrow is decking the downtown is by filling vacant shops with holiday pop-up stores like the Little Mercantile.

Lisa Meszler and Stacey Giovannucci are both small-business owners. They joined forces to open a shop in an empty storefront on Spruce Street just for the weekends in December.

"People really order a lot online so it's hard to maintain a retail space year-round, so having a little pop-up, pop in, pop out, it's exciting, it's interesting," Meszler said.

The Deck the Downtown campaign is not just a source of holiday cheer, it's also a source of nostalgia bringing back memories for shoppers and business owners who grew up in the area.

"Just like New York, you know, when you go to New York and you look at Macy's, Scranton had that, Scranton had their windows. And it's nice to see that it's starting to come back. Scranton is coming back," said Alison Borgia.

The business owners we spoke to all said that with the Winter Market going on this weekend, they're gearing up for a lot of shoppers coming their way.

The market continues until Sunday on Wyoming Avenue in Scranton.

A lot of preparation goes into transforming Wyoming Avenue into a holiday wonderland.

"We have to start planning this in the summer, like Christmas in July," said Maureen McGuigan, Lackawanna County deputy director for arts and culture.

The annual Winter Market at the Globe is three days of shopping with more than 70 vendors all concentrated on one street in downtown Scranton.

"You get here and it's kind of just a street, sidewalks, and then the next thing, it's a Christmas village."

Organizers say the way everything comes together in such a short amount of time is nothing short of a Christmas miracle. 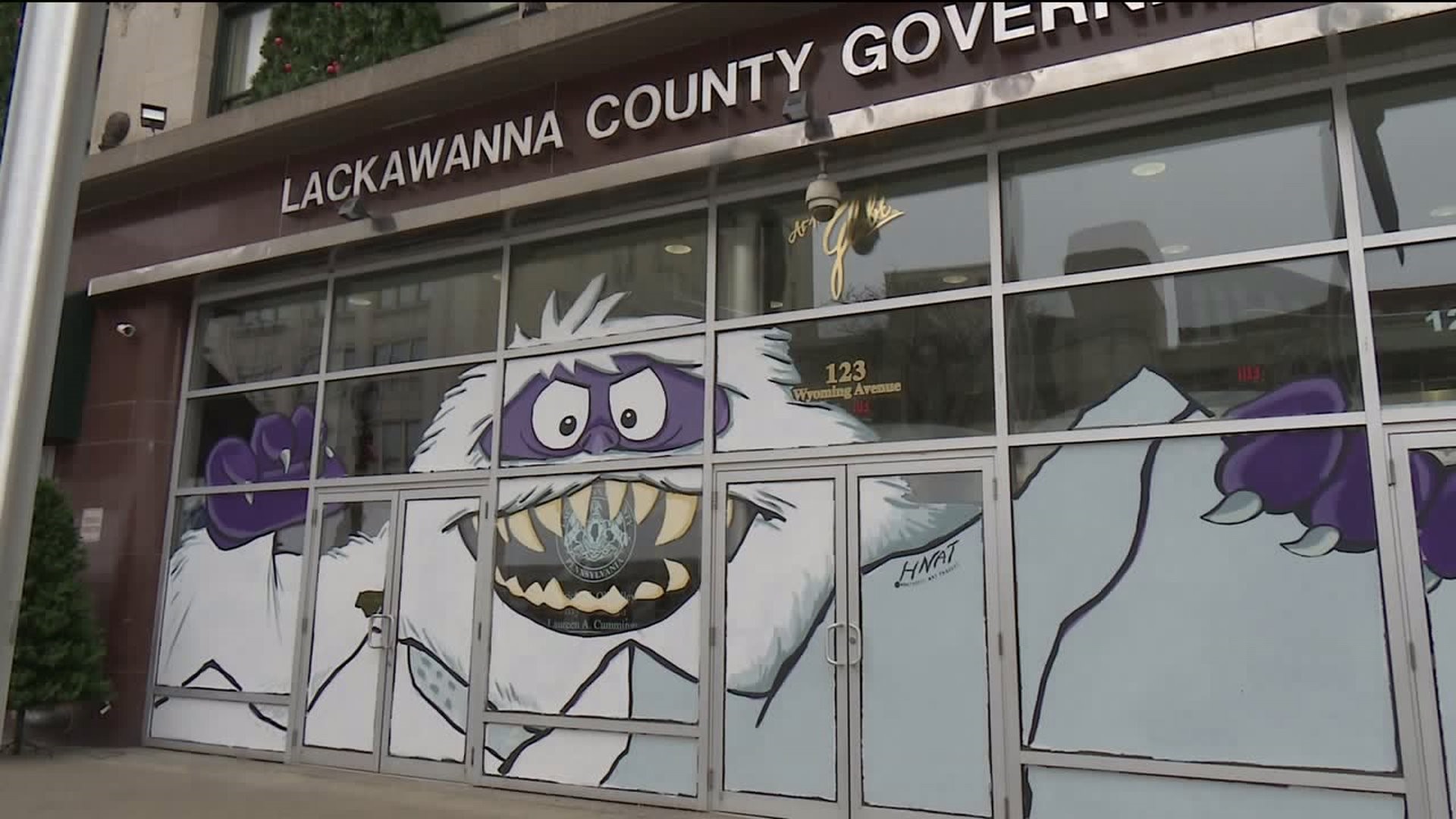 The Winter Market may be a holiday tradition for many families, but it's still less than a decade old. This is only the second year it's been hosted outside what is now the Lackawanna County Government Center.

The building used to be the home of the Globe store, and that's what's makes this tradition a nostalgic experience.

"Over 800 employees worked here at one time. Everybody has a memory or a story from one of their relatives or friends about coming to the globe Store, so it made sense to kind of capture that magic."

This was Emily Parfitt's first time participating in the Winter Market. She's selling toddler backpacks and fanny packs from her Spring Brook-based business, Babes and Bubs.

"It's heated in here, so you don't have to worry about being cold. Already I see a whole bunch of things that I'm interested in and not even everybody's here yet setting up," Parfitt said.

This isn't Sue Guzik's first rodeo. She owns Fly Me Home in Pittston and sells her repurposed vintage and recycled goods every year at the market.

"A lot of my customers will come here to shop local for the holidays and handmade too, which is important."

Nick Demarco brings his pixel art from Nick D's Video Game Vault in Scranton to the market every year.

"I just think it's great to get all the businesses that people don't know are around here in the downtown area. It gets everybody coming down here and kind of seeing what else is there that they might not have known."