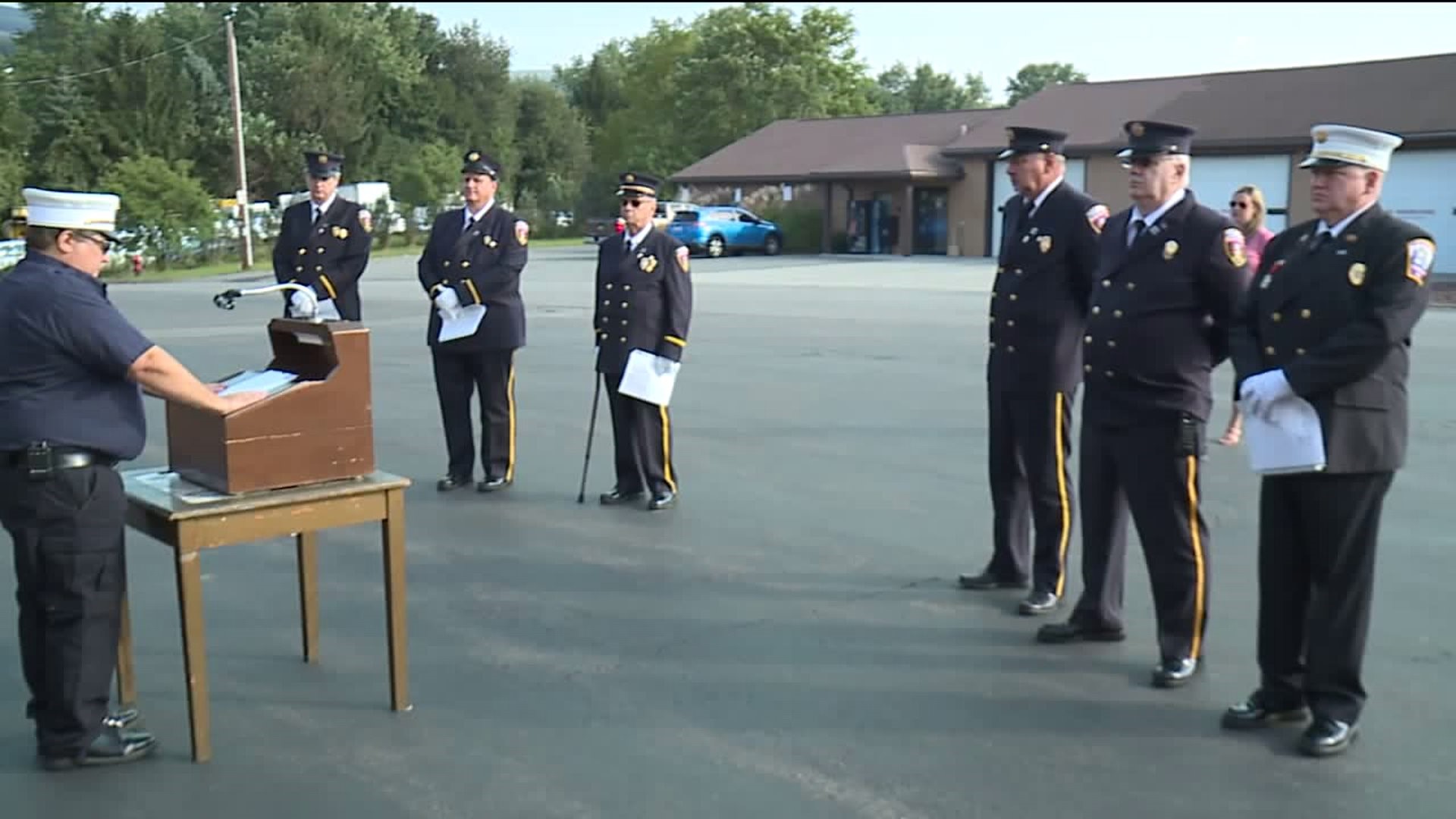 DICKSON CITY, Pa. -- Firefighters in Lackawanna County spent the morning remembering fellow first responders who were killed during the 9/11 attacks.

It's a tradition firefighters in Dickson City have continued each year, and they have no plans to stop.

Every year on this day, members of the Eagle Hose Company in Dickson City read a list of 343 names. Some of the names were familiar before September 11, 2001. Now, after 18 years, each one strikes a chord.

"It's a close brotherhood, so it does tug at your heart," said hose company member Bob MacCallum.

While the firefighters read slowly through the list, a small group gathered to watch and listen. Among them, was 16-year-old Morgana McGee, who took the day off from school to be here.

"I know three people on that list. It means a lot to me knowing that they're part of who I am and I have to live up to the standards," McGee said.

McGee is a junior EMT. Mostly everyone at the ceremony either is or loves a first responder.

"When they were reading the juniors, it kind of hit home because I work as a junior. It's hard for me to think that at 16 to 17 years old, they went in and helped," McGee added.

Lisa Zelno brought her son Jacob. She hoped the quiet reflection would teach an important lesson.

"Respect, I try to bring my four up to respect others and be there and support others."

Eagle Hose Company firefighters do this in concert with small departments across the country, a tradition they vow will never stop.

The ceremony ends with a bell toll -- five tolls, three times in a row. The 5/5/5 was to signify that everyone was back at their firehouse.

"That everyone was back at their fire station, home safe, so any time you do a remembrance for a firefighter, that's that they're home safe," MacCallum said.

And their memories are safe in Dickson City.