NORTH ABINGTON TOWNSHIP, Pa. — During this hot and humid week, stopping for ice cream is a good idea, but now you don’t have to just choose one plac... 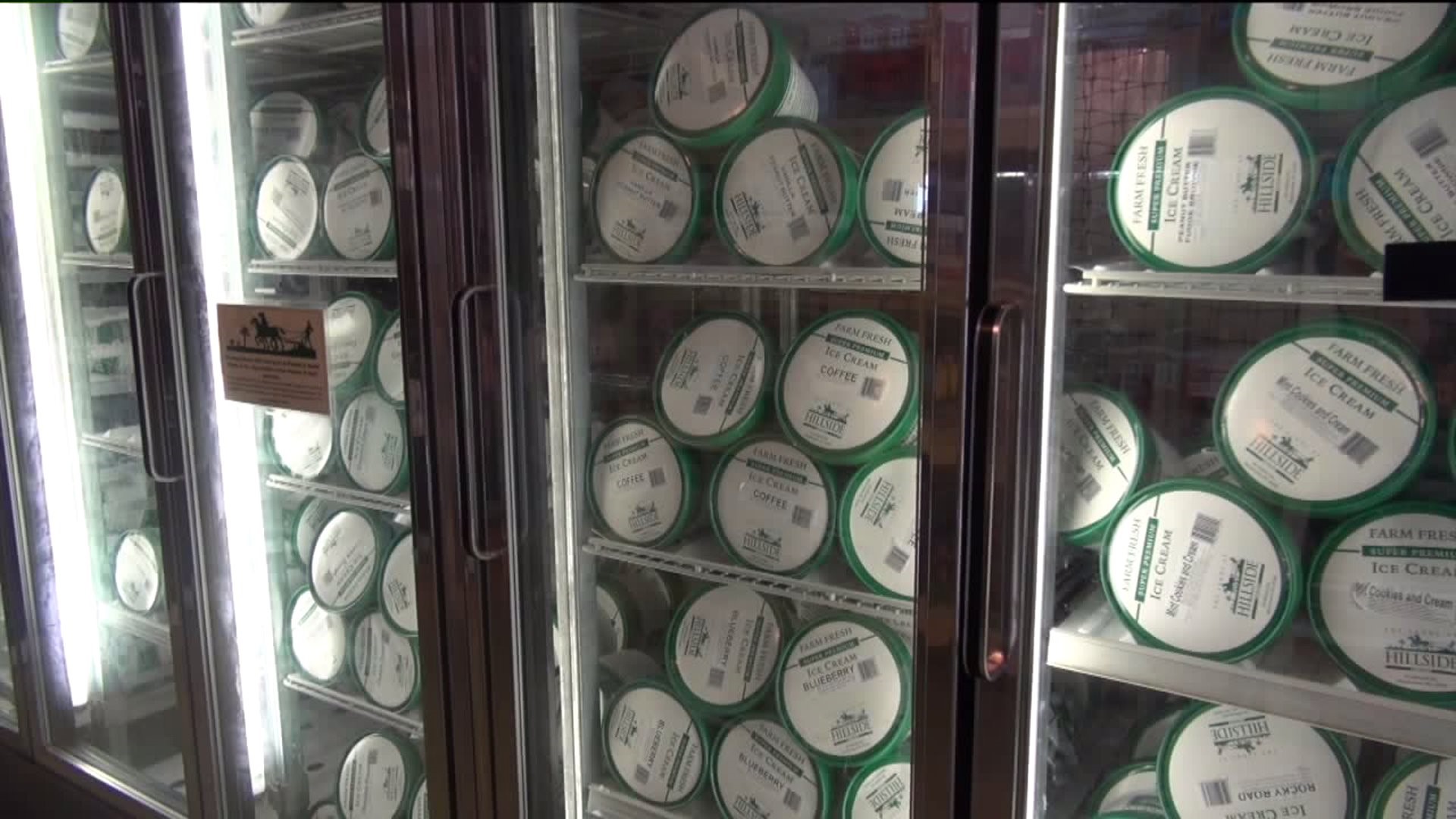 NORTH ABINGTON TOWNSHIP, Pa. -- During this hot and humid week, stopping for ice cream is a good idea, but now you don't have to just choose one place to go. This summer, you can follow a trail of dairy farms in eastern Pennsylvania and get prizes along the way.

"Some people don't even realize it's out there. It's just fun. If you're an ice cream connoisseur, an ice cream lover, what's not to love about ice cream?" Manning Farm Dairy owner Jean Manning said.

Ten creameries in eastern Pennsylvania were chosen for the trail, including Manning Farm Dairy near Dalton and the Lands at Hillside Farms in Shavertown. It is a partnership with the state's Department of Agriculture to promote the true "cow to cone" experience.

"Everything we eat comes from the soil, water, and the sun, so that all happens right here on the farm. So when we talk about local food for us, that's 300 yards," Chet Mozloom said. Mozloom is the executive director of the Lands at Hillside Farms.

"I think it is important. It's important to know where your food comes from, to have fun in the summer," Manning added.

To get a free t-shirt, you must visit five of the 10 locations on the trail. Conveniently, there are five locations right here in northeastern Pennsylvania, including two in Wayne County, two in Luzerne County, and one in Lackawanna County. If you stop at all 10 locations, you get the t-shirt and a souvenir ice cream bowl.

"So we won't be greedy. I hope they visit all the farms on the trail. If you're in Lackawanna County they should go to Manning's, and if you're here, please come here," Mozloom said.

Newswatch 16 found a family that has no problem supporting local farms. They come to Hillside often to see the cows, and of course, to get some true "cow to cone" ice cream.

"It's much creamier. It tastes homemade. It's delicious," Amy Delrosso, Clarks Summit, said. "He's very interested in the cows as you can see, and he likes watching them milk the cows if we come at that time as well. He really enjoys it," she said talking about her son.

Jean Manning says she has even seen customers make four or five stops along the trail all in one day.

"How do you do that? She said, 'We don't eat anything else. We just eat ice cream all day,'" she laughed.

Your chance to get the prizes along the Eastern Pennsylvania Ice Cream Trail runs through September 2.