BENTON TOWNSHIP — The state Little League tournament in Fleetville, Benton Township has been anything but easy to keep going this week due to Monday’s dev... 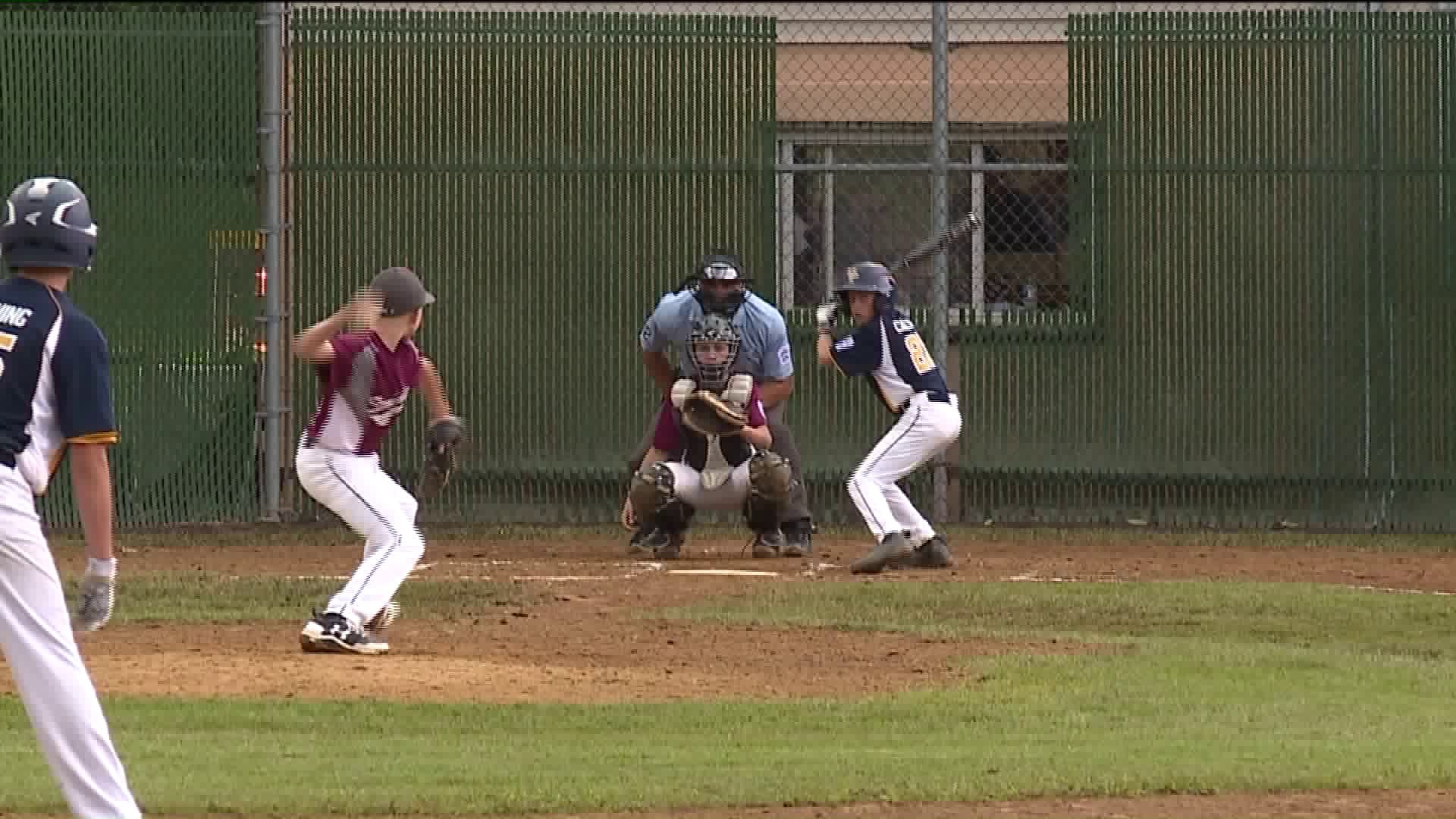 BENTON TOWNSHIP -- The state Little League tournament in Fleetville, Benton Township has been anything but easy to keep going this week due to Monday’s devastating storms.

Mother Nature pummeled Tom Kilmer Field where the teams are playing this week, leaving a sopping wet, muddy field and players and fans running for cover.

"I had a couple extra kids jump into the car with me because it was the closest and the winds got crazy. It started to hail. I swear to God the boys in my car put on their batting helmets because they thought the hail was coming through the car. I'm not even kidding,” said Amy Drozal of Stroudsburg.

Monday’s night games were postponed, which was disappointing for many, but not everyone.

"I'm a pitcher and that gives me a day's rest for pitching, so it's actually better,” said Eric Wert of Stroudsburg Little League.

Storm damage in the Benton area knocked out power for many and had nearby Route 107 closed as crews worked to clear downed trees and fix utility lines.

Fans and players had to find a different way to the ball field.

"We came the way we thought we should, but of course the road was closed. We had to turn around and go a different way, which was fine,” said Cara Sadowski of Stroudsburg.

Volunteers worked throughout the night and all day Tuesday to fix up the field.

They had to stop several times to pull a tarp and cover the field each time there was more rain.

The power went out several times, as well.

"Many people that were here stayed. A lot showed up from the community, you know this is Little League. It's part of Christy Mathewson and so all of the other team coaches came to help so there was basically working on the field since then,” said Marisa Ryon of Benton Little League.

"It's kind of impressive. It's like puddles everywhere, and they just did their job and cleaned everything up,” said Brayden Sweppenhiser of Stroudsburg Little League.

"No matter what happens, it actually all brought us together and we had a really good time getting ready for these kids,” said Ryon.

Because of the storms and the two game postponements, the tournament will last at least one extra day.