Dunmore and Tunkhannock originally had different opponents but ended up playing each other. 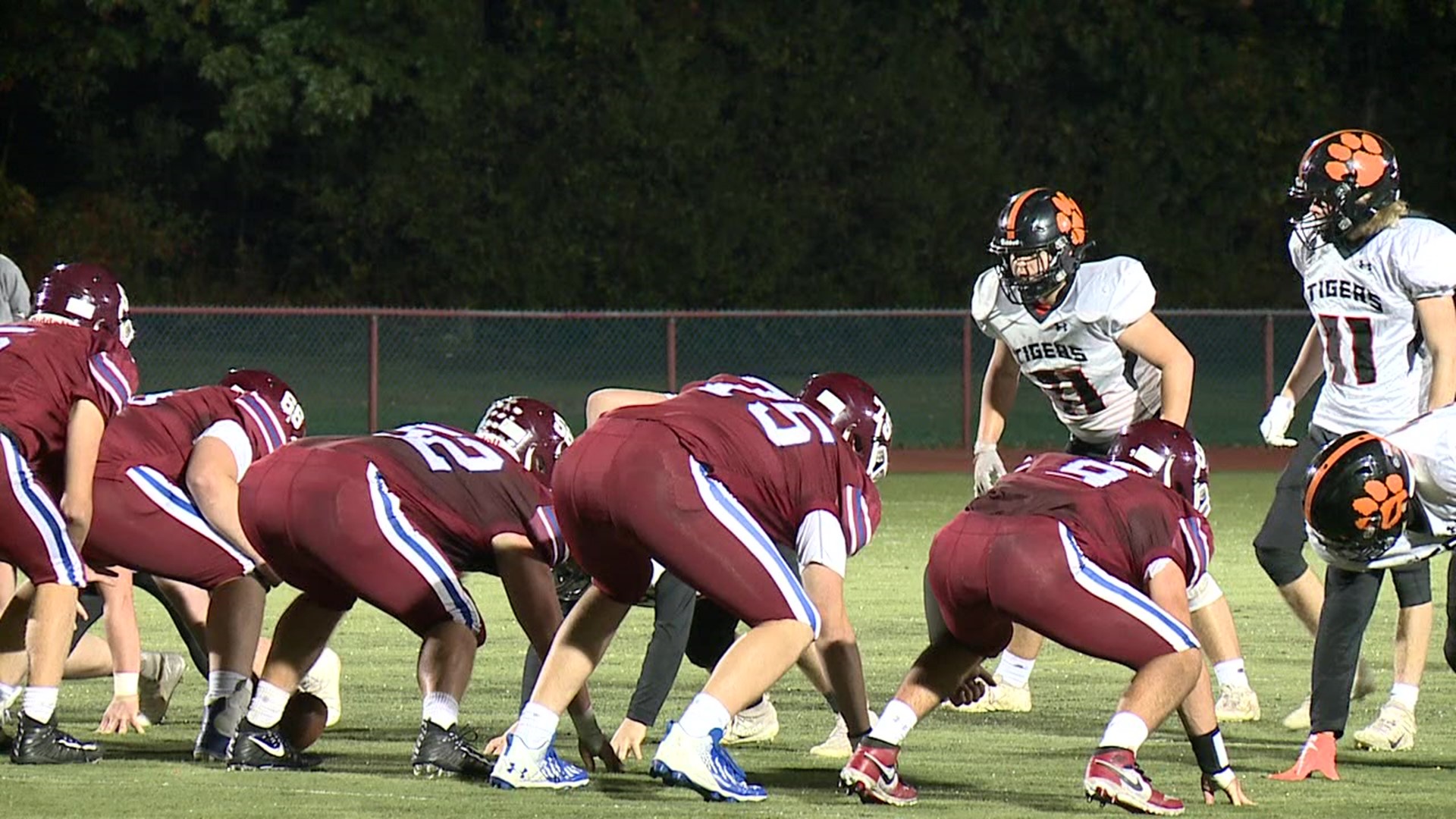 DUNMORE, Pa. — The Dunmore Bucks took to the field at their stadium to face off against the Tunkhannock Tigers in a game that wasn't supposed to happen.

But the teams and their families they are thrilled it did.

Frankie Ruggiero came here to cheer on his brother, who plays for Dunmore.

"He came home last night and was like, yeah we're having a game. I was like, good for you, just got out there and play good, I guess,” said Ruggiero.

Dunmore was expected to play against Lackawanna Trail but Trail's season is currently halted due to the pandemic.

Tunkhannock was supposed to be taking on Holy Redeemer but again, COVID-19 sidelined the Royals.

So the athletic directors for both teams got together and got the okay to play against each other here in Bucktown.

Dunmore's head coach Kevin McHale says it was vital to play this game.

"It's super important because you're already down to five games on our schedule, our schedule was cut in half. So to lose another game really would have been devastating,” said McHale.

"Initially they told her they weren't going to be able to perform and then when they appealed to the PIAA and they allowed the schools to come together and compete and it's great,” said Healey.

And because of the loosening of capacity restrictions, many families from both teams say this is the first time they've watched a game from inside a stadium.

"We're just super grateful to not be looking through a fence and looking over the fence and be here to support our kids,” said Tunkhannock parent Catherine Lane.

"It's great to actually be able to be in here, together, cheering them on, instead of having to be from a distance,” said Tunkhannock parent Martha Davenport.

"This is my first game that I was able to go to. My daughter, their mother, hasn't been able to go to games and we really miss it. And this is important for the kids,” said Dunmore grandparent Sheri Stanley.

The final score of the game was Tunkhannock 30, Dunmore 17.