SCRANTON, Pa. — A Scranton city councilman is helping neighbors in the city’s west side concerned about condemned homes on their block. Neighbors ha... 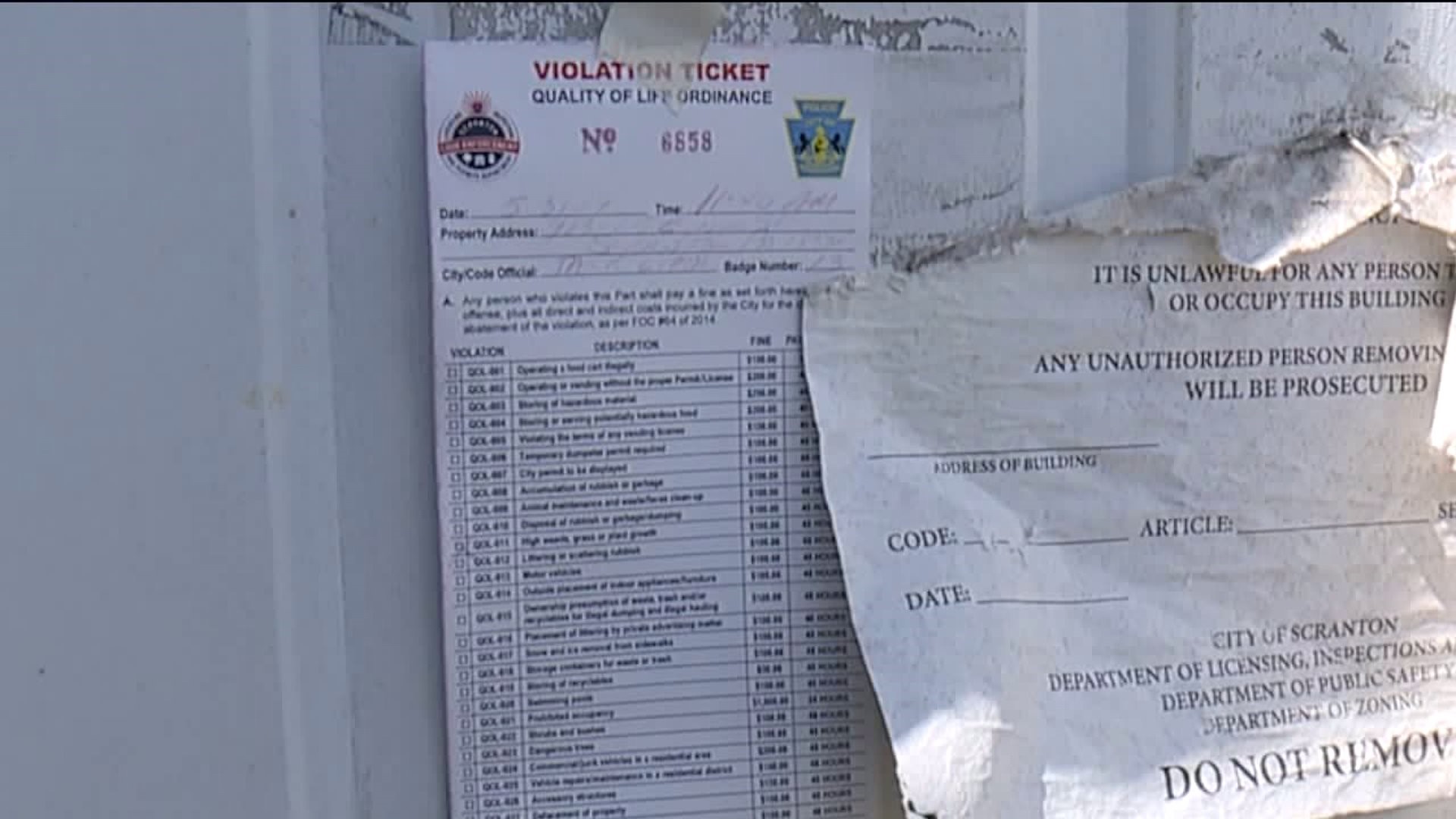 SCRANTON, Pa. -- A Scranton city councilman is helping neighbors in the city's west side concerned about condemned homes on their block.

Neighbors have been calling city officials for years about homes that have become eyesores on a block of Eynon Street in Scranton. They say these homes have brought their property values down and have brought crime to the neighborhood.

Finally, a Scranton city councilman is listening, and now he's trying to help.

According to city records, a house on the 900 block of Eynon Street in Scranton's west side is owned by a family that lives in New York State. The city's tax website shows the family owes more than $2,000 in garbage fees on this property, and neighbors say they haven't seen the owners here in months, if not years.

"I hope to see it torn down as soon as possible, I'll even buy the land if it's torn down," Rencavage said.

The house on Eynon Street is condemned, and according to a sign on the front door, there is a quality of life ordinance violation issued by Scranton police.

Neighbors tell us there are four more condemned homes on this same block.

"The neighbors reached out to me and said this property was basically in deplorable conditions. Then when I got here and had seen that it's not just this house, it's four or five that are condemned and really this whole block is a mess," Gaughan said.

Newswatch 16 was here back in 2016 when one of those condemned homes caught fire. The home was vacant at the time and cause of the fire was later ruled arson.

According to the city's department of licensing, inspections, and permits, the condemned house that brought the city councilman out in the first place is not currently slated for demolition.

"I hope to see it gone as soon as possible so it will bring our property values up. Even these three, even if they get fixed up, that would be nice. I'd rather see people in them than them torn down, but this one is beyond," Lee said.

According to the city's department of permits, this condemned home is tied up in litigation in court, which means, at this time, the property cannot be demolished.