OLD FORGE, Pa. — A candidate for the Pennsylvania House of Representatives is facing fire for what many are calling anti-Muslim rants on his Facebook page... 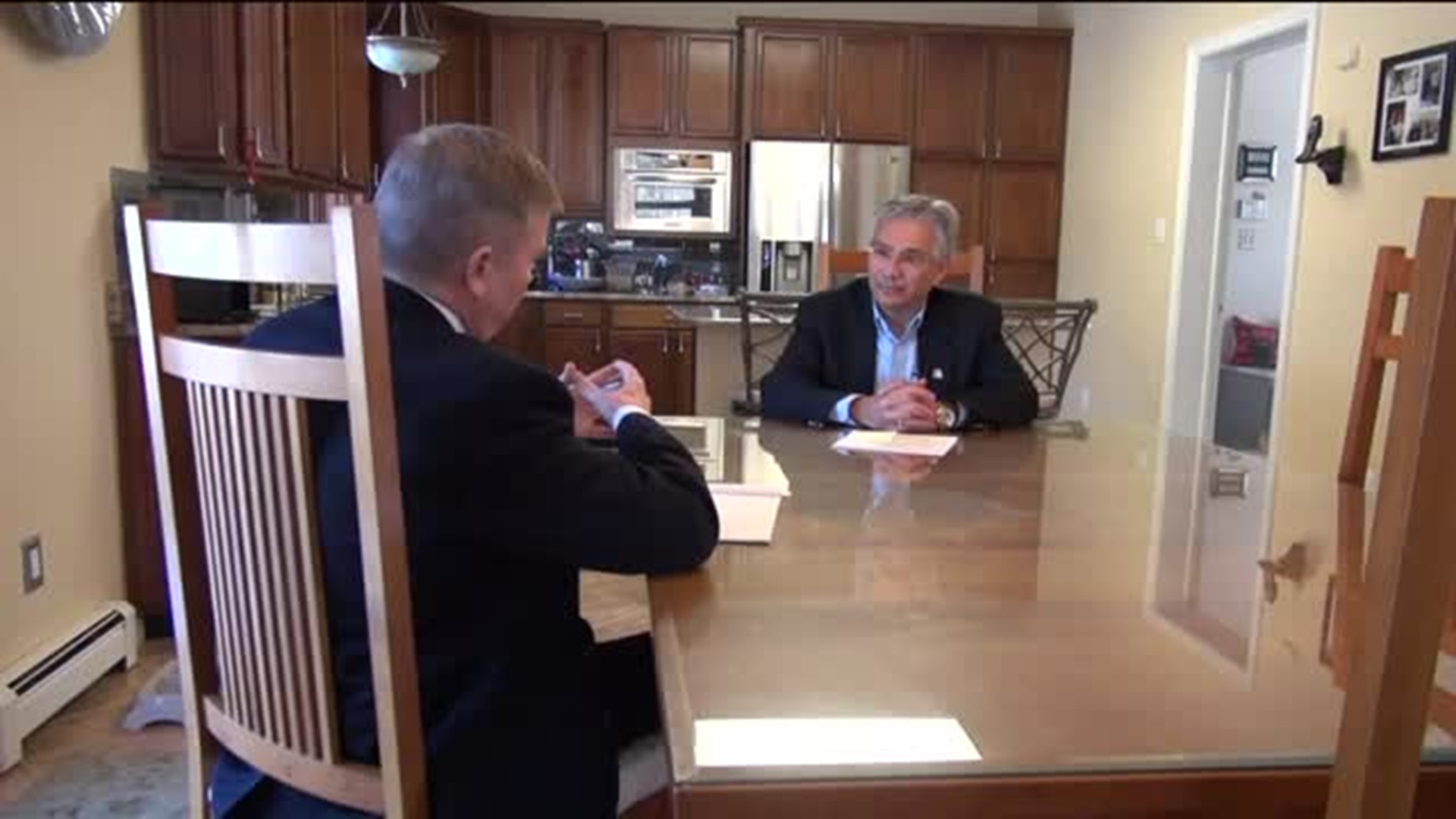 OLD FORGE, Pa. -- A candidate for the Pennsylvania House of Representatives is facing fire for what many are calling anti-Muslim rants on his Facebook page.

Republican Frank Scavo from Old Forge has taken the posts down, but Democrats in the state legislature say Scavo's words make him unfit for public office.

Scavo says this week has been tough for his family and friends, but he calls the firestorm over his controversial Facebook posts political, adding it will not drive him from the race.

"I never should have posted them," Scavo said.

Frank Scavo is running for the state house in the 114th District special election.

In some now-removed Facebook posts from 2015, Scavo wrote, "Do you understand Islamics will use any excuse to kill?' and "Climate change is not as dangerous as a Muslim with an IED."

"We all lived through September 11th," Scavo said.

"Just because we all lived through September 11th, does that give you the green light to generalize all Muslims?"

"No, that didn't, and that's what I apologized for," Scavo explained.

"Scavo's public statements and social media posts do not reflect the values, the principles, the virtues, or the compassion of the great men and women of northeastern Pennsylvania."

Scavo is running against Democrat Bridget Malloy Kosierowski of Clarks Summit in a special election March 12 for the seat held by the late Sid Michaels Kavulich.

"Voters will decide," Scavo said. "The people, especially the voters that know me, the brand I built, they know that this is a small misstep and a miscalculation."

Kosierowski's campaign emailed Newswatch 16, "She has zero tolerances for hate, bigotry, racism, and discrimination of any kind," but did not mention Scavo by name.

Scavo is rejecting calls for him to step down as president of the Old Forge School Board and says he will seek reelection to the board if he loses the state house race.