SCRANTON — A tour group in Lackawanna County is setting up bus rides for local Eagles fans to make their way to Philadelphia for the victory parade on Thu... 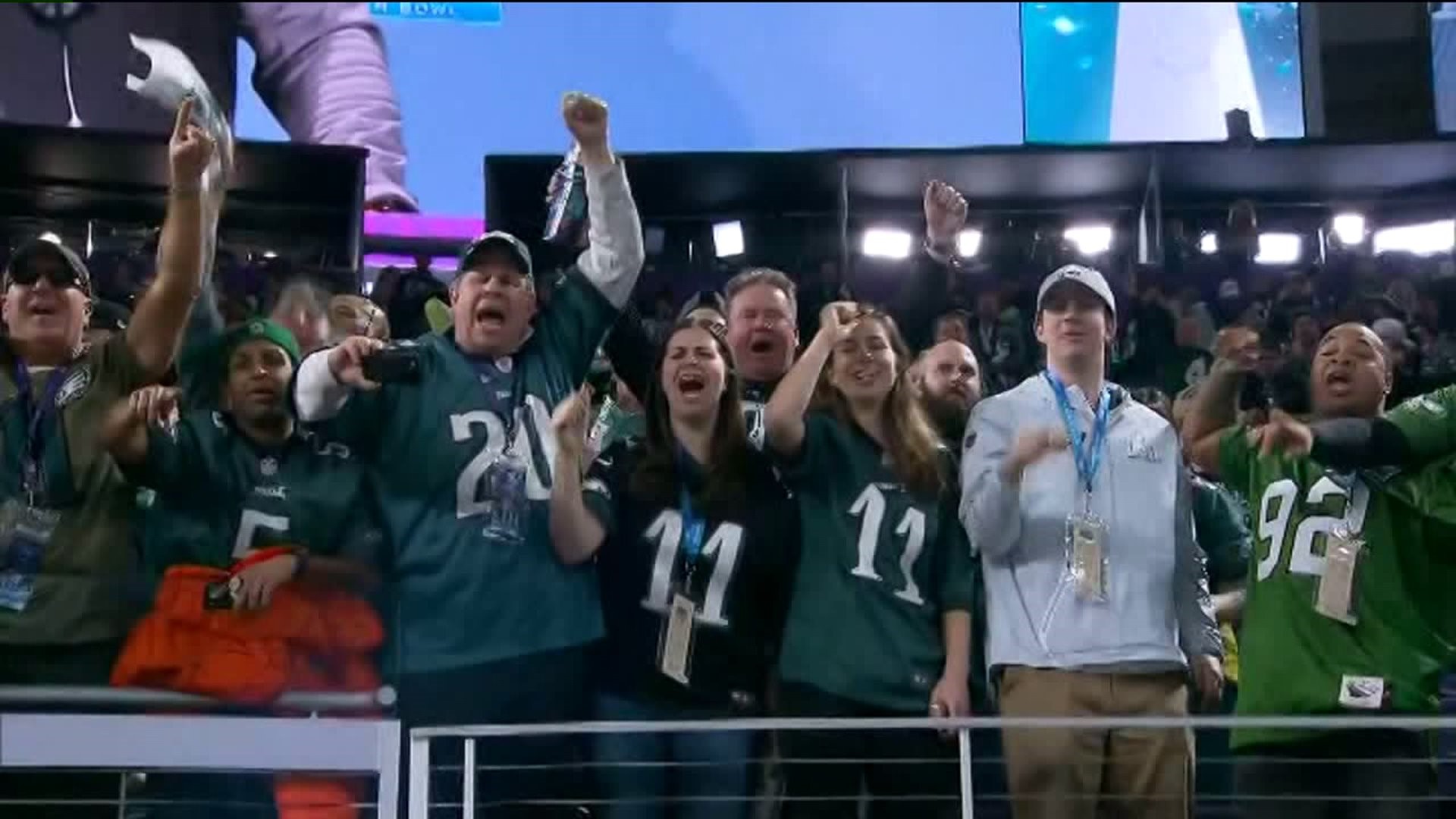 SCRANTON -- A tour group in Lackawanna County is setting up bus rides for local Eagles fans to make their way to Philadelphia for the victory parade on Thursday.

The emotions of Eagles fans are soaring right now after the team's 41-33 triumph over the Patriots in Super Bowl 52.

The streets in Philly were mobbed after the game and that will also be the case on Thursday for the Eagles Super Bowl parade.

For Eagles fans in the area looking to make the trip, JZ Tours is sending a large group to the city for the celebration.

Just minutes after the clock hit zero, fans flooded onto the streets in Philadelphia, but that scene may pale in comparison to Thursday when the Eagles go from Broad Street and Pattison Avenue to the Philadelphia Art Museum for the team's championship parade, scheduled for 11 a.m.

With Eagles fans flying high, JZ Tours out of Scranton will have at least one bus on the road, driving a large contingent of Eagles fans to the city for the parade.

"There was just a lot of hype this year. We had two buses the opening game. We had 100-some people down there for the first game just from the get-go. We ran a lot of home games and the playoff games, we had four buses for both playoff games, too," said John Zelinski, JZ Tours.

Tickets for the bus ride will cost $49.

Joe Swartz went to eight Eagles games this year and says taking a bus into the city is the perfect way to go.

"A lot of stress off of the whole situation knowing you just show up at 7 o'clock in the morning, get on the bus, go down, tailgate, watch the game and come home. Thursday is going to be pretty crazy," Swartz said.

And given the historical magnitude of this Eagles ride, Swartz tells Newswatch 16 there was no way he was missing the first Eagles Super Bowl parade.

"Personally, I'm old enough to have cried in 1980, to have been angry in 2004, and to be absolutely ridiculously happy right now. This is a long time coming and the city deserves it."

JZ Tours says there will be two pick-up locations for Thursday's trip to Philly: at Birney Plaza in Moosic and Sam's Club in Wilkes-Barre.