TAYLOR, Pa. — State police are still investigating an explosion at home last week in Lackawanna County. There’s nothing left of the home in Taylor, ... 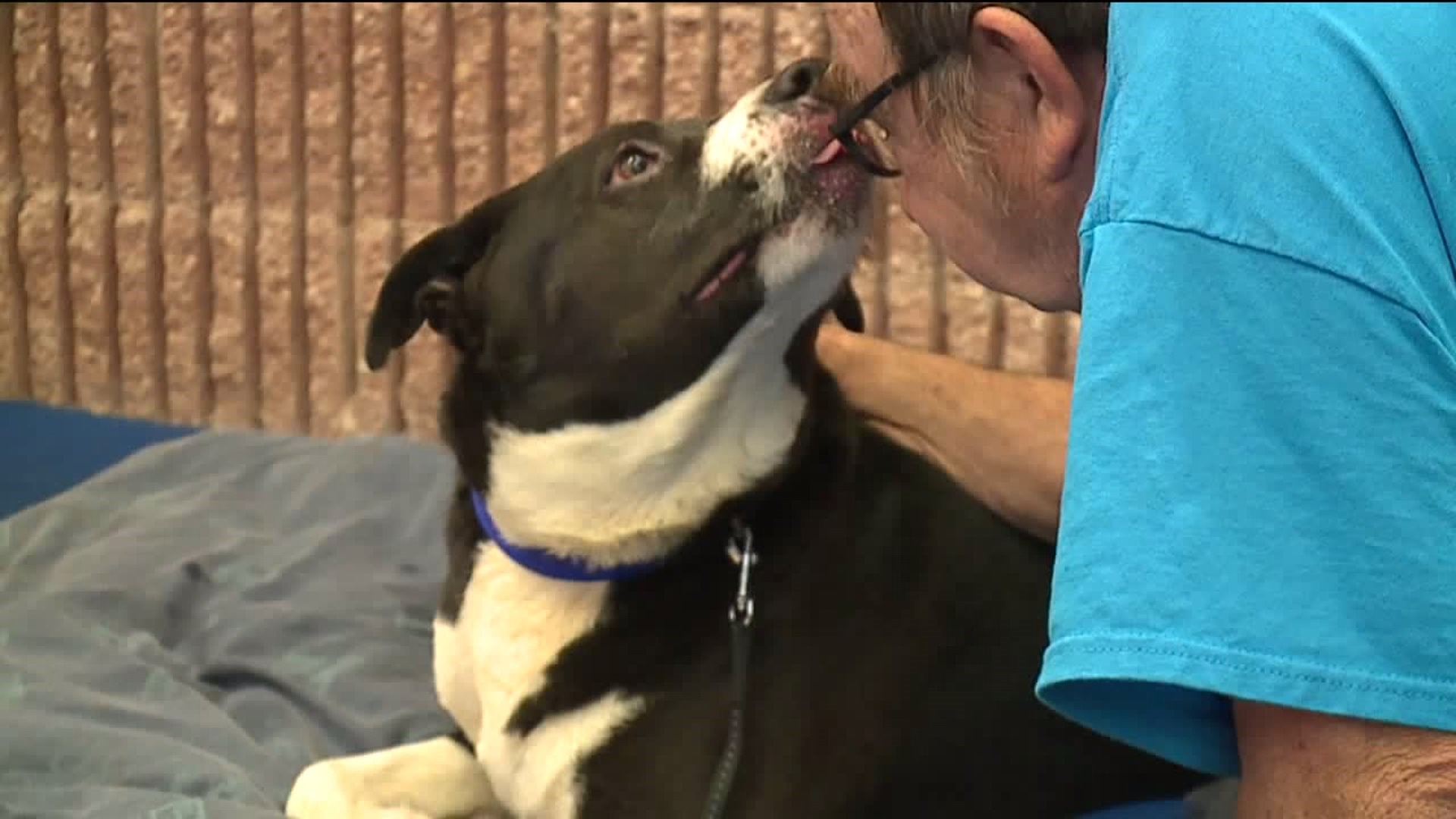 There's nothing left of the home in Taylor, but the dog who lived there came wandering home last weekend, a little banged up, but doing OK.

It's now just an empty lot on Union Street. This was a home and the scene of a devastating explosion that left the man who lived here in critical condition.

But, there has been a bit of good news recently -- the man's dog Buddy showed up on Saturday.

If dogs could talk, Buddy would have quite the story. The home he shares with his owner Brian Ott exploded last week. The place on Union Street in Taylor was destroyed. Firefighters found Ott in the basement covered in burns.

But Buddy was nowhere to be found.

There were sightings of the border collie mix around the borough for two days until Saturday when Buddy finally came home.

"I sat down on that step and I said, 'Come to me. Tell me what happened.' And he came right up to me and I hugged him, and he was all singed," Annie Shingler said.

"He's doing well in the foster home and he's getting a lot of attention. He's on pain medicine and he's on an antibiotic to prevent an infection. That's what we have to watch for now, is the infection," said Tracey's Hope worker Denise Kumor.

Neighbors saw Buddy outside the home at the time of the explosion but he has burns on his snout and all four paws and his long hair is singed.

"There's definitely a bond between owner and pet, and that proves it," Kumor said.

It brings a whole new meaning to man's best friend.

"(That) he came back and sifted through that rubble, looking for Brian is a testament to that. He's burned, he must have been looking for Brian. He knows where he lives, you know? There's love there on both sides,"  Shingler said.

Tracey's Hope says it has been in contact with Ott's family and they approved of his foster home.

Tracey's Hope is also footing the bill for all of Buddy's veterinary care.