After Photo of Veteran Sitting in the Rain Goes Viral, Walmart Makes Amends

DICKSON CITY, Pa. — Thousands on Facebook shared a picture of a veteran sitting by himself in the rain outside a Walmart in Dickson City. In the post, the... 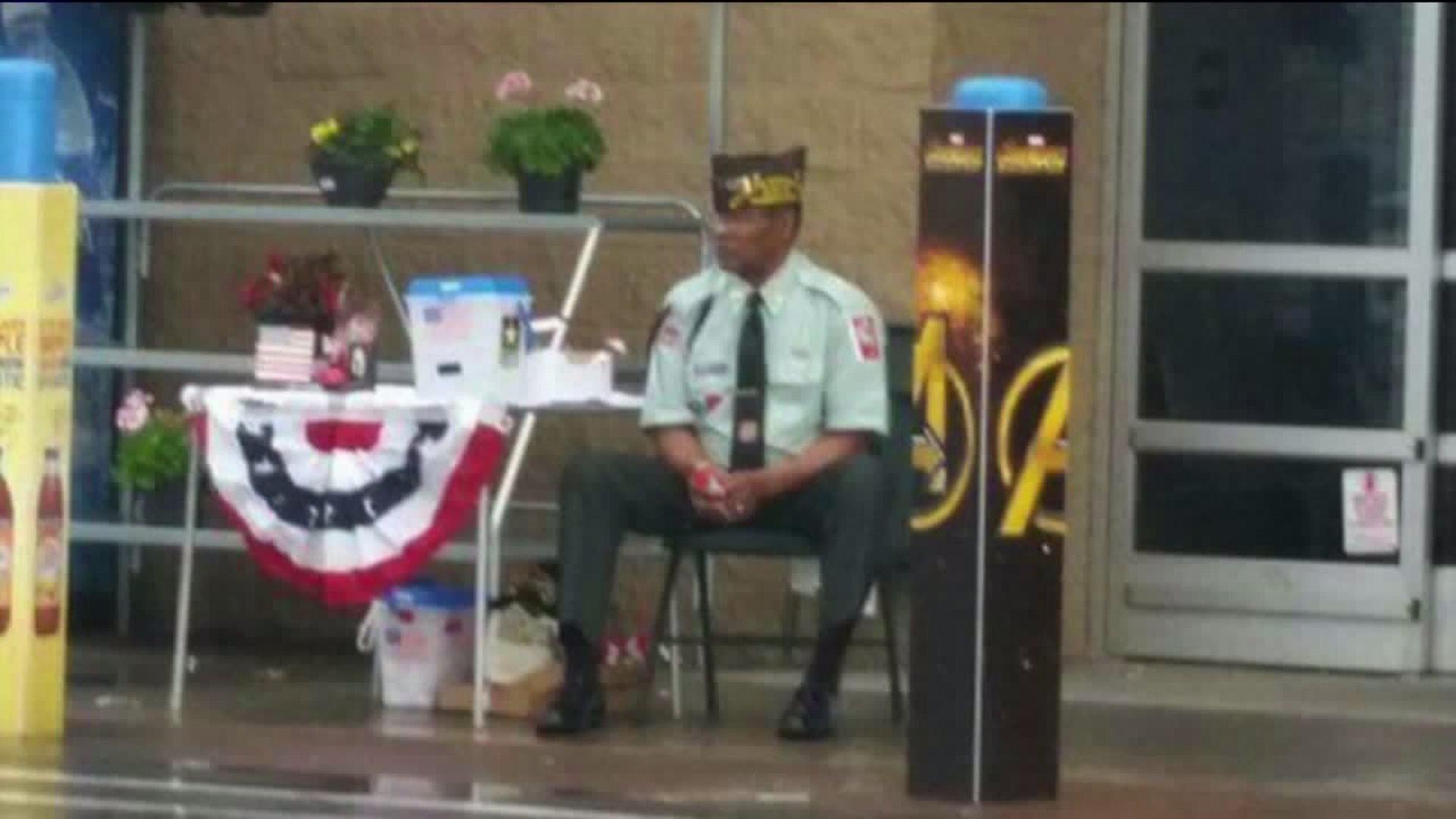 DICKSON CITY, Pa. -- Thousands on Facebook shared a picture of a veteran sitting by himself in the rain outside a Walmart in Dickson City.

In the post, the veteran's wife says he was made to sit out in the rain and not in the covered area of the store.

One day later, Manuel Griffin was in front of the store again--this time in the sun--collecting donations for service members.

The veteran wouldn't talk with Newswatch 16 on camera. His friend David Ragan knows why.

“He is going to do what he has to do for his VFW, and he wants to make sure he is representing them the same way we did when we wore the uniform,” Ragan said.

A manager from Walmart did tell Newswatch 16 that this store had implemented a safety policy about two years ago. Those collecting money had to be 15 feet from the doorway.

Many people stopped to donate to the veteran on Saturday and received a poppy for their support.

Shoppers tell Newswatch 16 there should be an alternative for the 69-year-old veteran.

“It was not even human. You don’t do that to people like that. It ain’t right,” said Chester Gunderman.

“How you could make a gentleman who fought for our country and risk his life for our freedom sit in the rain while he is trying to sell something to remember those who went before him?” Beth Bonacci asked.

Ragan talked to the store manager and was able to come to an agreement that would give veterans a cover in inclement weather.

“The whole goal is how can we make a bad situation better, and I think both sides want that continued relationship.”

Walmart in Dickson City says it will offer a canopy for veterans in the future.

As for Griffin, rain or shine, he plans on collecting for other veterans bright and early Sunday morning.

HAPPY ENDING: Walmart followed through and put a canopy up outside for veterans in Dickson City.
Original Story: After Photo of Veteran Sitting in the Rain Goes Viral, Walmart Makes Amends https://t.co/IAYd0BCJwF @WNEP pic.twitter.com/TAv33fmsiF