A Lesson in Coal Mining and Family History

MOOSIC, Pa. — A group of fourth graders in Lackawanna County just wrapped up a lesson on the Knox Mine disaster a day after the disaster’s 60th anni... 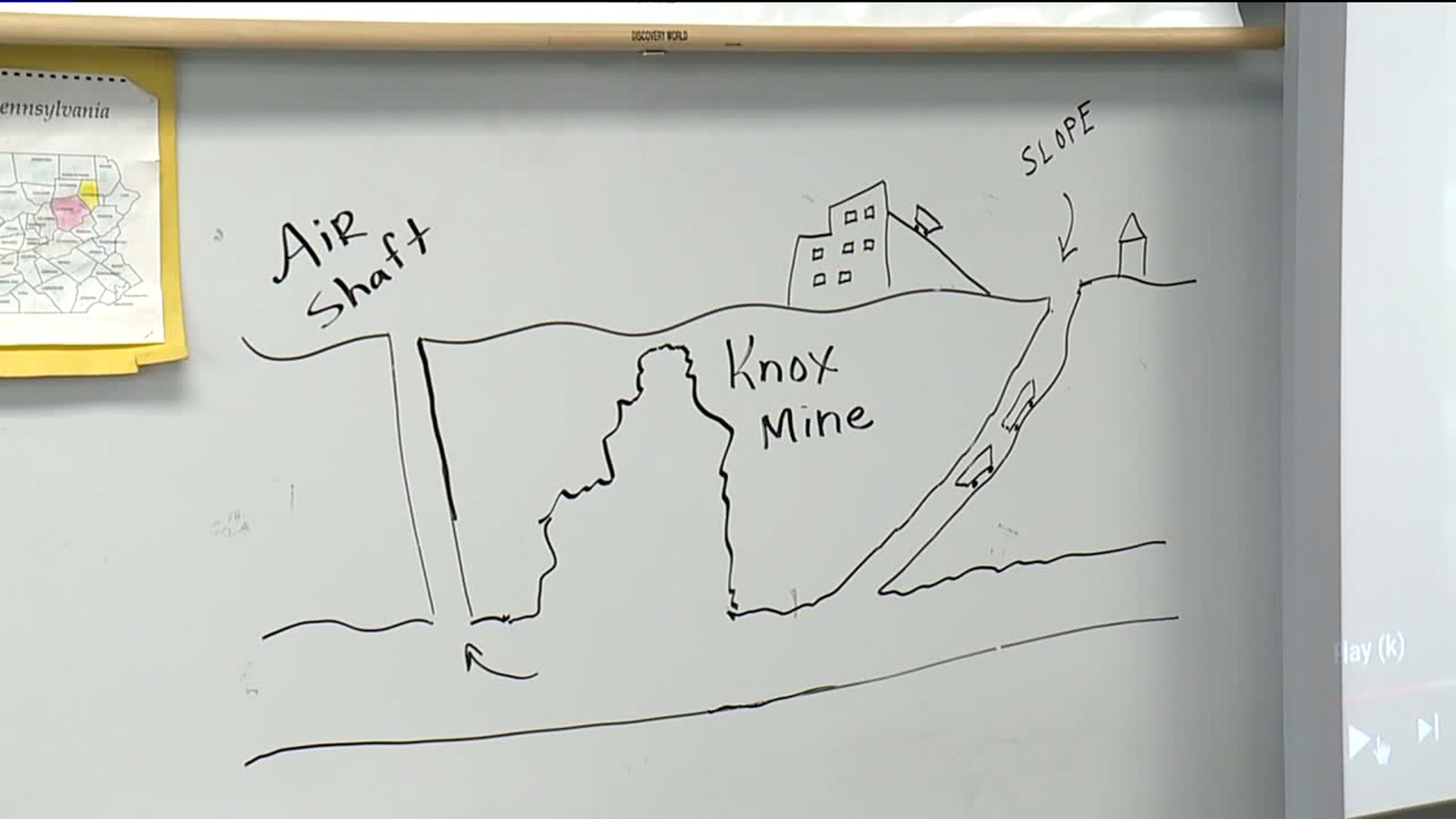 MOOSIC, Pa. -- A group of fourth graders in Lackawanna County just wrapped up a lesson on the Knox Mine disaster a day after the disaster's 60th anniversary.

Mr. Murphy's fourth graders at Riverside Elementary East in Moosic were back in history class for the first time in four days.

They had to think back 60 years almost to the day as Murphy quizzed them on what they've learned about the Knox Mine disaster in Luzerne County back on January 22,1959.

"It's exciting, and it's very meaningful because it's what affected northeastern Pennsylvania economically over the years and certainly made changes in the way we live," said fourth grade teacher Shawn Murphy.

Murphy uses a yardstick to show students how close the miners were to the Susquehanna River bed and two soda bottles to demonstrate how rescuers tried to plug the river with train cars.

"I think it teaches you who you are, and it shows you an appreciation for how your ancestors lived," Murphy said.

This lesson is taught each year, but this year, on the 60th anniversary, the lesson hits close to home for one student.

Maks Chomko is the great-grandson of Myron Thomas, a hero of the mine disaster.

"That he saved about like 22 to 21 miners in the Susquehanna, in the Knox Mine disaster," Maks said.

Maks says it makes him proud to learn in school about his own family history and really gets know why it's important to know our past.

"It's about stuff in your area that you never knew about," Maks added.