While Some Work to Beat the Heat, Others Working Hard During Heat Wave

BERWICK, Pa. — On a day like today, many are sitting inside near the air conditioning. But Newswatch 16 found a group paving Fowler Ave in Berwick. “... 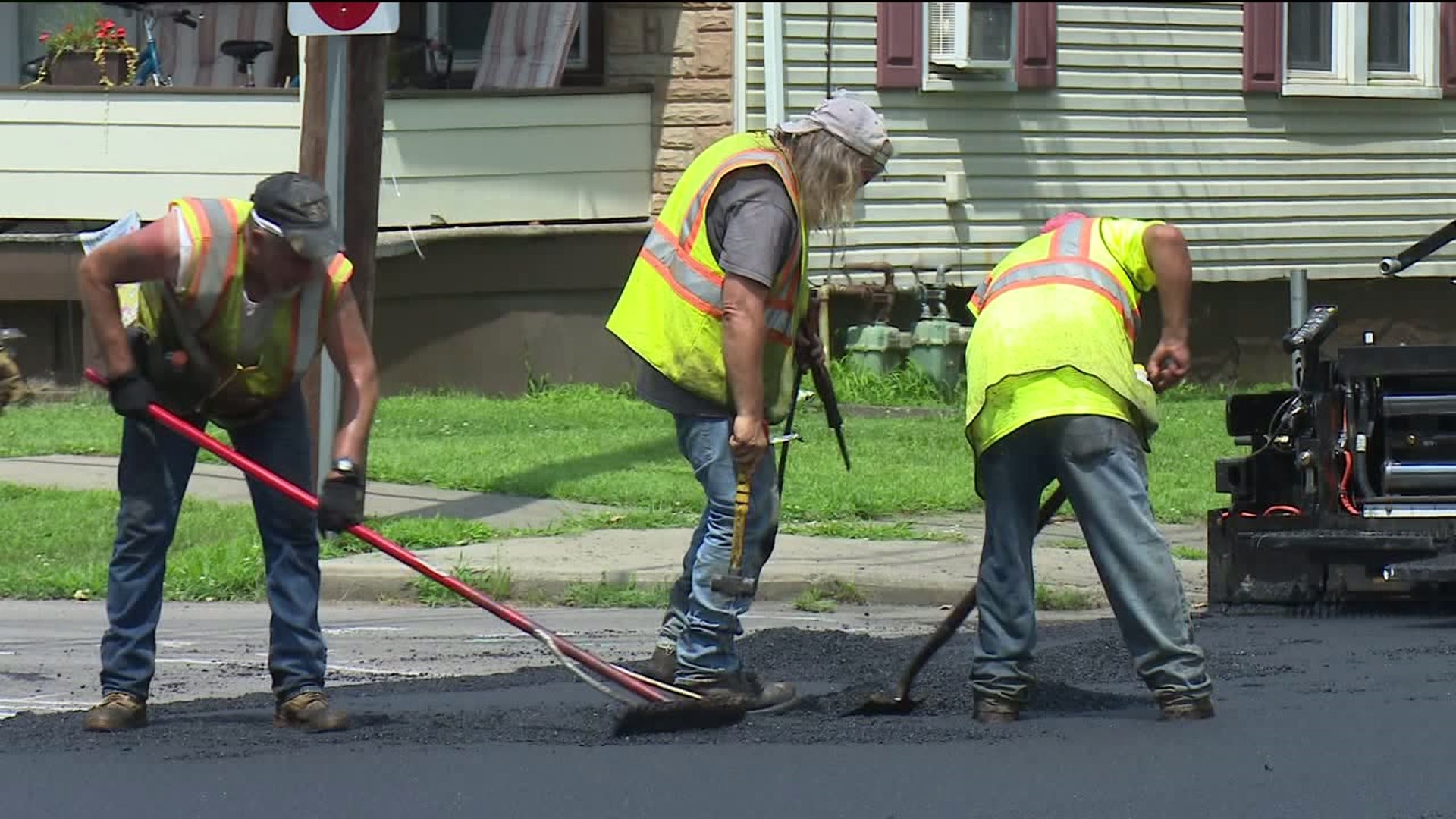 BERWICK, Pa. -- On a day like today, many are sitting inside near the air conditioning. But Newswatch 16 found a group paving Fowler Ave in Berwick.

"These guys are working in very hot temperatures regardless of the weather. They're laying asphalt at 290 degrees," said Raymond Leary, construction manager of Barry Isaac and Associates.

The guys were working hard, and in hot conditions no less. But Leary says crews do all they can to beat the heat while getting the job done.

"Lots and lots of water. They have water right on the paver at all times. The foreman is constantly running to change it, and putting ice in the containers for them, keep it nice and cold. They get in the shade as much as they can, but if they're laying the blacktop down, there is only so much you can do. You got to keep going sometimes," explained Leary.

"It has been insanely busy. We had more revenue in the past two weeks than we have the entire summer, so it's been awesome," said Cassidy Boston, who manages the Ber-Vaughn pool. Residents of Berwick can visit the pool for $6, while non-residents can swim for $7.

Cousins Kayla Yagalla and Samuel Schenk of Freeland said they came to the pool to cool down, rather than stay indoors.

"It's really fun because you get to swim around and do what you want. It's way better than a regular public pool. And it's way cleaner, it's so clear!" said Yagalla.

And if you couldn't make it to the pool, the Berwick Industrial Development Association opened its doors to the public and turned up the air conditioning.

"It was kind of on a whim, we had the space, we saw the need, and we just wanted to be generous to our community. They give so much, so we wanted to give back," explained Amy Shortlidge, a marketing specialist at the Berwick Industrial Development Association.

For more tips on how to beat the heat, click here.