SOUTH CENTRE TOWNSHIP, Pa. —  A man, his girlfriend, and his son are all in jail after a bizarre series of events in Columbia County. Police say the coupl... 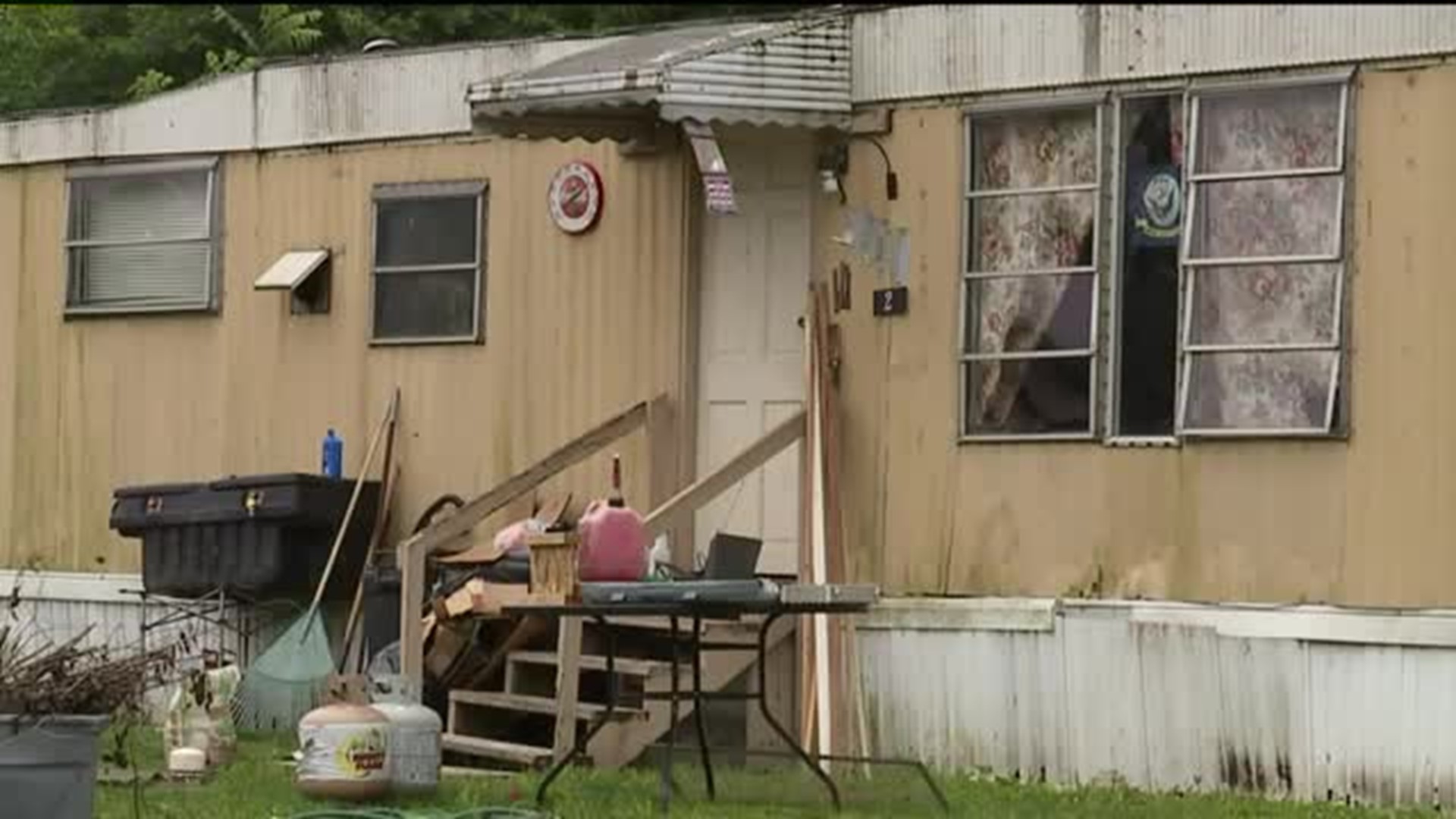 SOUTH CENTRE TOWNSHIP, Pa. --  A man, his girlfriend, and his son are all in jail after a bizarre series of events in Columbia County.

Police say the couple tied up the man's 33-year-old son and for three days only gave him salt water.

Police initially went to the home on Arch Street near Bloomsburg to do a welfare check on William Kressler, 54.

Before police got to the home, they realized they had an arrest warrant for Kressler's son Robert. When they got there and tried to put Robert in handcuffs, they discovered he was already tied up.

According to court papers, it all started when a relative called police and asked them to check on William Kressler. The relative thought he was dead. While police were on their way to the trailer, they were contacted by Columbia County's probation office. The officer asked police to arrest Kressler's son Robert because he was wanted on an arrest warrant.

When police got to the home, they realized William Kressler was not dead. He was there with his girlfriend Betty Dick, 39.

Cops found Robert Kressler behind a locked door and tried to handcuff him but noticed his hands were already tied behind his back.

Robert Kressler told police his father and Betty Dick woke him up early Sunday morning, tied him up, and locked him in a room for three days.

The couple allegedly threatened to kill him with a machete.

Robert Kressler told police the couple did not feed him and says they gave him glasses of salt water through a hole in the wall.

Police have not said why the two allegedly held him prisoner.

This is not the first time Betty Dick has been on Newswatch 16. Her ex-husband Anthony Dick shot and killed her two small children at the Stone Castle Motel in 2006. She was also shot.

Robert Kressler was taken to the hospital, and then to jail on that arrest warrant, so both Kresslers and Betty Dick are behind bars.

A preliminary hearing for the couple is scheduled for next month.