CONYNGHAM TOWNSHIP, Pa. — Pope Francis apologized for crimes of the Catholic Church on Sunday while in Ireland. At the same time, a former Vatican officia... 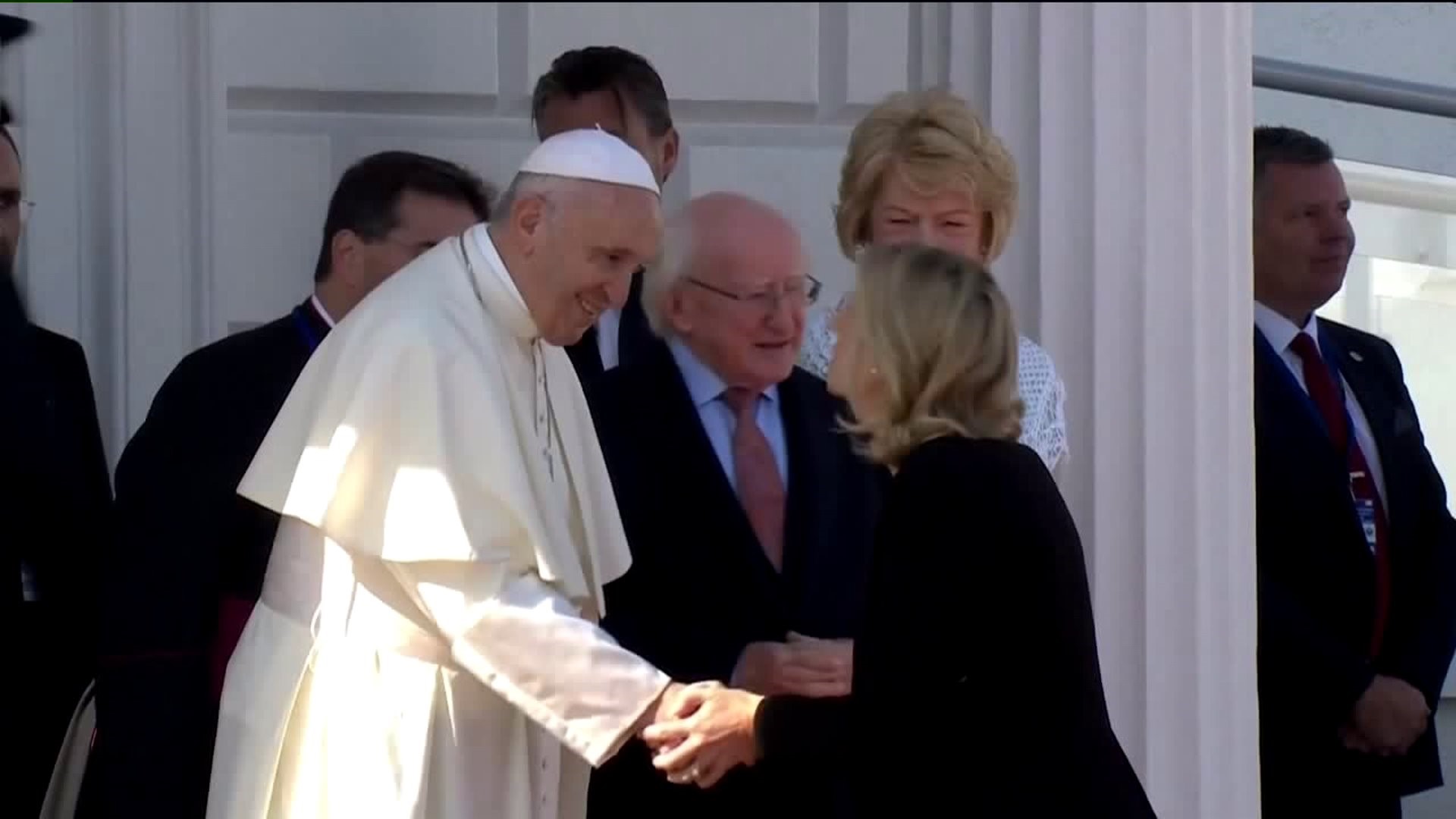 CONYNGHAM TOWNSHIP, Pa. -- Pope Francis apologized for crimes of the Catholic Church on Sunday while in Ireland. At the same time, a former Vatican official is blaming him and Pope Emeritus Benedict for not doing anything about sexual abuse at the hands of a powerful Catholic cardinal.

Many denominations of Catholics were involved in religious ceremonies in central Pennsylvania on Sunday. Members say this is a time when the Roman Catholic Church needs to ask for forgiveness and seek solutions to the problems within it.

As the choir sang songs of prayer, hundreds listened both inside and outside at Assumption of the Blessed Virgin Mary Church near Centralia. People from different branches of the Catholic Church came for a yearly pilgrimage.

"We're all equal. We're all here, all different religions which I love," said Mickey Yonkovig of Shamokin.

In his 93 years as a Catholic, Yonkovig says he's witnessed many ups and downs, especially in the church.

"We have to accept everything that's going on and just care about each other," he added.

Worshippers tell Newswatch 16 the victims outlined in the grand jury report had a special place in their prayers here. They say they have ideas that may lead to solutions.

"So perhaps married priests, perhaps woman priests, certainly options available to us, but this old boys' club is not working out in the Roman Catholic Church. So it's time to do something different," said Christine Fylypovych from Abington Township near Philadelphia.

The Fylypovyches say they heard about the accusations against Pope Francis from a former Vatican official. The archbishop claims the pope ignored his reports of sexual abuse at the hands of Cardinal Theodore McCarrick who resigned last month.

Some are calling for the pope to resign.

"I honestly don't understand how a person of God could do something like that," said Andrew Fylypovych.

"Forgiveness alone is not enough, so moving forward, there's going to have to be some much stronger sense of responsibility toward younger people because church this way is casting away people," added Christine Fylypovych.

Many of the worshippers we spoke with are hopeful that the turmoil surrounding the Catholic Church will not keep people away as long as events like the pilgrimage continue to bring communities together.