Drag Racer Doing it for Dad

DANVILLE — A local drag racer won a September race at the Numidia Dragway, qualifying him for a national race in California. His career is reaching new he... 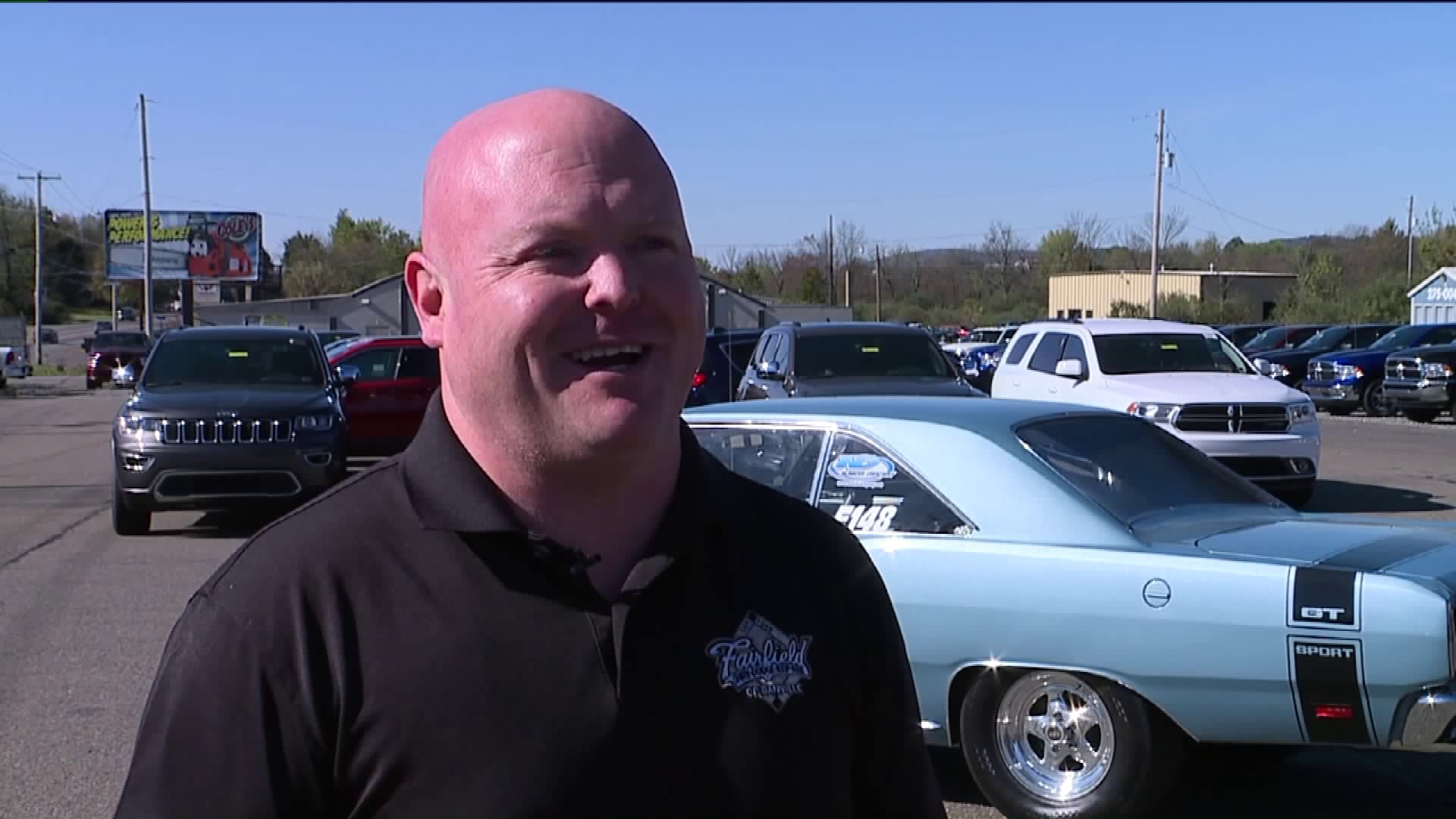 DANVILLE -- A local drag racer won a September race at the Numidia Dragway, qualifying him for a national race in California. His career is reaching new heights in memory of his dad, whose car he races in.

"I was in the final of the biggest race of my life and I just couldn't stop smiling," said Mike Mackey of Paxinos.

That smile on Mackey's face has been a permanent fixture of late. The drag racer from Northumberland County recently took first place in Division 1 of the NHRA Sportsman Class Summit Series. The biggest win of his career now qualifies him for November's NHRA finals in California.

"I go from screaming and celebrating to crying in the car, to having a panic attack and trying to get my helmet off and I couldn't breathe," said Mackey. "I just couldn't wait to see everybody to celebrate when I got to the finish line."

"When the win light came on, I jumped on Krystal Dunn and hugged her to death. And just knowing everybody was there with us: our friends, our family. It just was mayhem," said Heidi Mackey, Mike's wife.

Mike Mackey says the best part of the story is that he's reached the highlight of his career in the car this his father Bob left for him after he passed away about five years ago.

"Every race I run, every win is for him. I get very emotional, so it's a very hard thing for me to talk about. He gave me the ability and helped me build my cars and make all this happen. Without him, I wouldn't have any of it."

"Bob was a big part of Mike's life for so long and when we lost him, it was sudden. Every round, every race is in honor of him and in memory of him. Every race he wins, he puts on the window, 'Thanks Dad.'"

"My dad would be nuts. He wouldn't be able to stop smiling right now. He would have the biggest smile on his face. That's what he was known for and he would just be so excited and proud of me."

Mackey's friends, family, and the 1969 Dodge Dart will be flying out to California for the finals. And while his father is flying high above, maybe he will be able to reunite briefly with his beloved car as it's in the air.