MILL HALL, Pa. — Just hours after a deadly school shooting in Texas on Friday, a school in Clinton County hosted a meeting about safety. The round-table d... 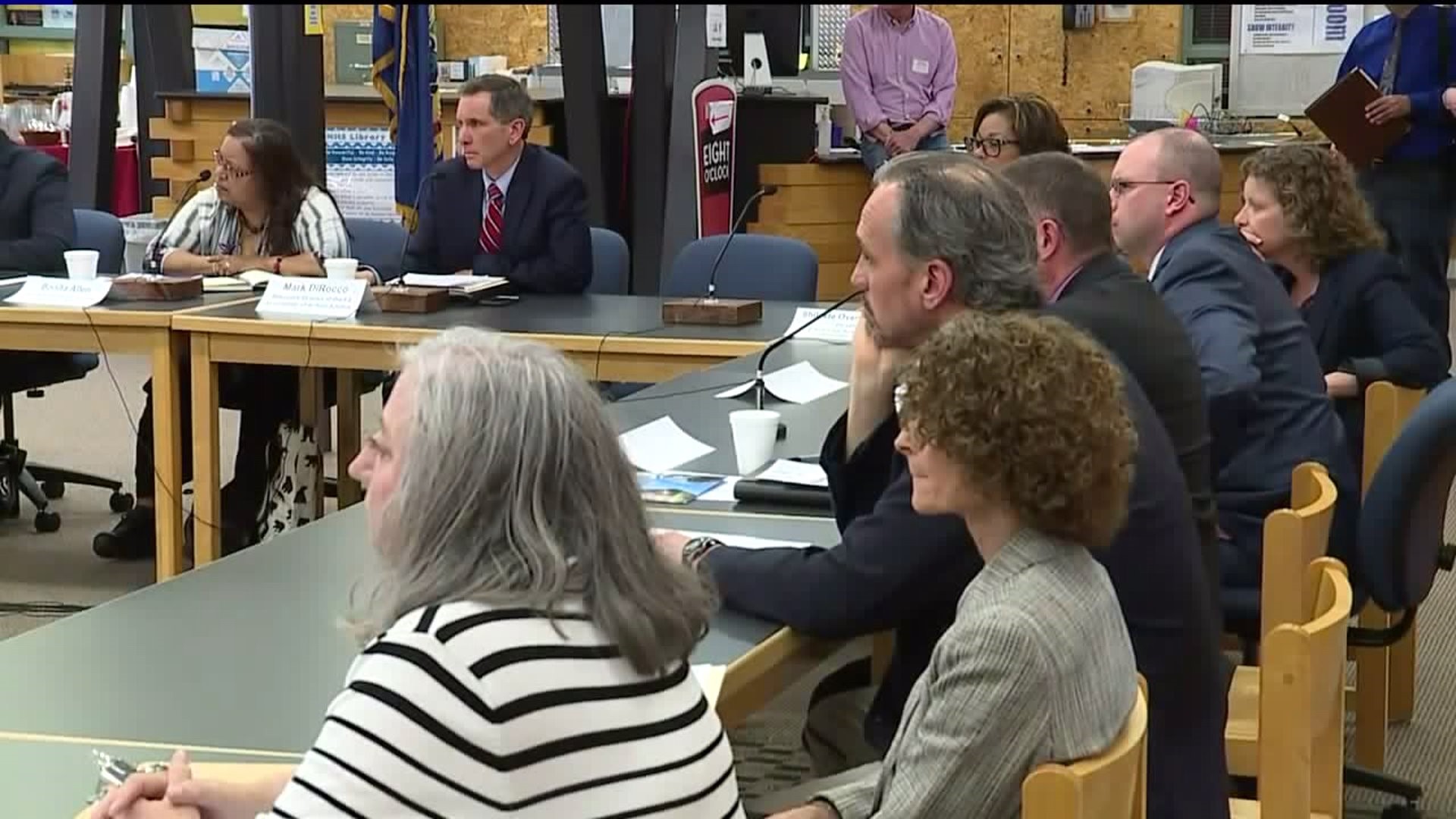 MILL HALL, Pa. -- Just hours after a deadly school shooting in Texas on Friday, a school in Clinton County hosted a meeting about safety.

The round-table discussion between students, administrators, and state officials was planned before the shooting in Texas in response to previous school shootings.

This event was the fourth of six meetings of the Pennsylvania School Security Task Force.

The state's director of homeland security tells Newswatch 16 as he was driving here he found out about the shooting in Santa Fe, Texas where a gunman killed at least 10 people inside a high school.

Hearing about the tragedy makes this message that much more important.

Students, teachers, parents, and administrators gathered at Central Mountain High School in Mill Hall to meet with members of the Wolf administration about school safety.

"What happened in Texas is an incredible tragedy, but it further highlights why this task force and our work is so important," said Pennsylvania Auditor General Eugene DePasquale.

The state's School Safety Task Force was formed after the mass shooting at Marjory Stoneman Douglas High School in Florida in February. Meetings are being held all over the state as a way to see what teachers, students, and administrators are saying about school safety.

"And then take all that information and come back and really decide what maybe could be the best practices that we could present back to these school systems," said Marcus Brown, Pennsylvania Director of Homeland Security.

The discussion at Central Mountain included how to prepare for and respond to mass shootings. What happened in Texas was at the front of everyone's minds.

"We all recognize that what we're doing here may not solve the next school shooting, but if we can take small steps to make our students safer, our schools safer, then everything we're doing here is a success," said Brown.

State officials say two things they've been hearing over and over from students is that mental health and bullying on social media are big issues.  The task force will meet twice more before bringing its findings back to Harrisburg.