LOCK HAVEN, Pa. — It’s been an eventful week at the Lock Haven Airport. Small planes are taking off and landing every few minutes. It’s the 34... 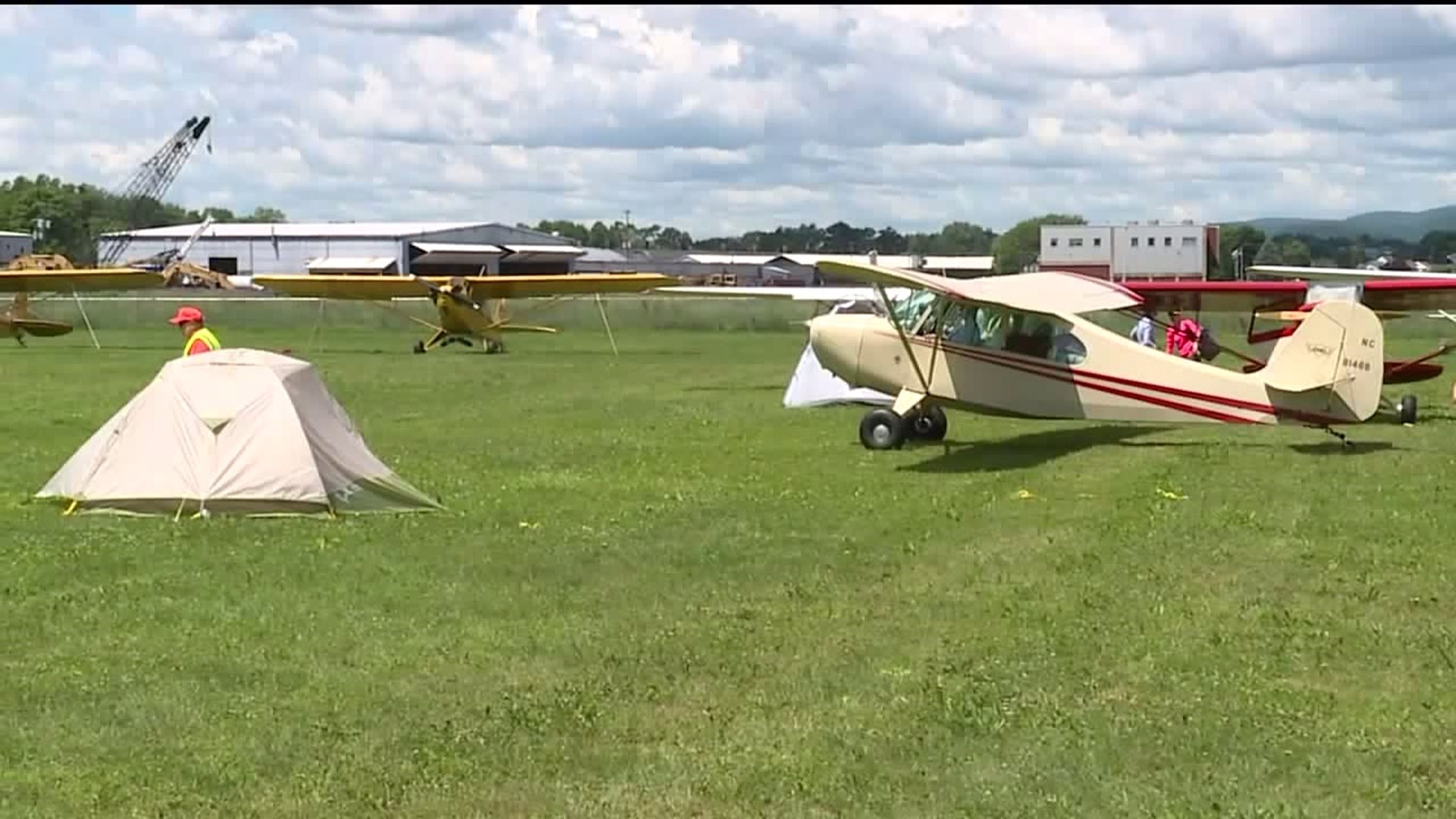 LOCK HAVEN, Pa. -- It's been an eventful week at the Lock Haven Airport. Small planes are taking off and landing every few minutes. It's the 34th anniversary of the Sentimental Journey.

For nearly 50 years, piper planes were built in Lock Haven. The Sentimental Journey has become a sort of homecoming for piper pilots from all over the world.

"I've been here about, oh this is 5-6 times," Dale Etherington said.

"This year is wet and muddy, but it's still a good fly-in," Charles House said.

Pilots and organizers tell Newswatch 16 typically by Friday this field is filled with planes. There are usually more than 100 planes here by now, but on this day there were less than 50.

"We're really disappointed in the attendance, but a lot of people just couldn't make it in. These fabric airplanes don't do so well in weather. A lot of people don't want to bring them out in this," Mike Childress said.

Childress is from Akron, Ohio and has been camping here since Tuesday.

"It's been a little soggy. There's bits and pieces of good weather, though, so it hasn't been a total washout," Childress said.

Even though a lot of people couldn't make it to the fly-in this year, one couple did make it all the way from New Zealand.

"I'm really pleased to be here, especially to see all the little piper cubs with the yellow. They're just amazing machines," Sandra Payne said.

Barry and Sandra Payne are from Lake Taupo, New Zealand. They are flying around the world in six months and stopped here.

"Our airplane was built here, so that was a compelling enough reason. Then when we discovered the annual fly-in is here," Barry Payne said.

The Sentimental Journey runs through Saturday at the Lock Haven Airport.