JIM THORPE — Folks in the borough of Jim Thorpe are dealing with a setback in a federal lawsuit over the remains of the borough`s namesake. Last month, a ... 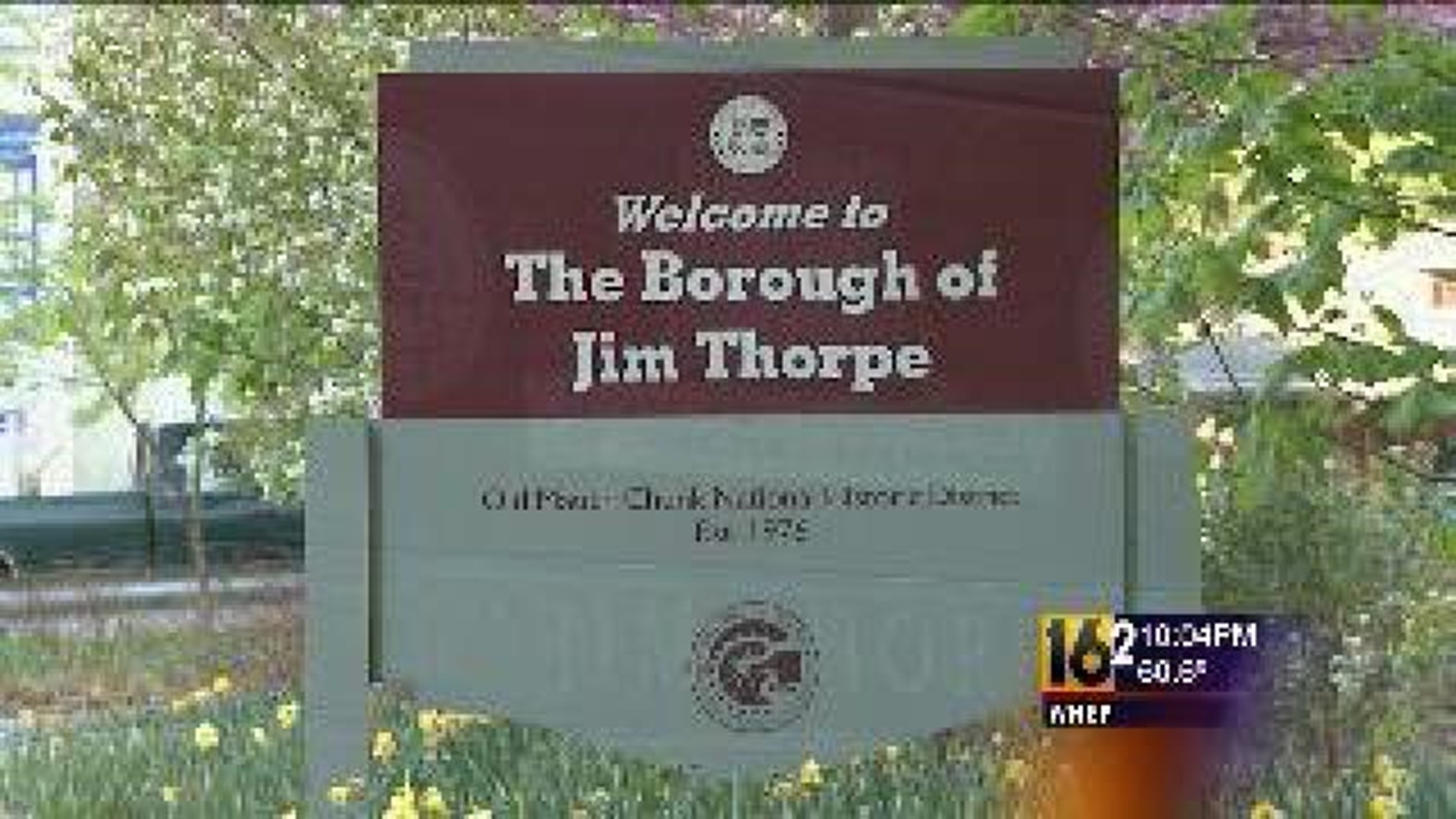 JIM THORPE -- Folks in the borough of Jim Thorpe are dealing with a setback in a federal lawsuit over the remains of the borough`s namesake.

Last month, a judge sided with Thorpe's sons in a lawsuit over whether they could transport the body of the legendary athlete back to his native Oklahoma.

Wednesday night, residents gathered to find out what his ruling means for them.

Jim Thorpe`s body has been entombed at a memorial park since 1954; it was built in his honor.

The Native American Olympian was buried there in an agreement with Thorpe`s third wife and the boroughs of Mauch Chunk and East Mauch Chunk were consolidated and renamed after him.

But since 2010, Thorpe`s sons from his second marriage and their tribe in Oklahoma have fought the borough for his body and now it appears they may get it.

A federal judge here in Pennsylvania ruled the body can be returned to his tribe.

“It`s really unique in that essentially they`re saying that the federal government and an Indian tribe can overrule a family decision,” said William Schwab, the borough solicitor.

At borough hall, Jim Thorpe officials met with residents to explain what this decision means and what options they have, which would be comply with the decision or file an appeal.

Some said they`re fine with seeing the body returned.

“I really don`t think we need Jim Thorpe for the town to be what it is today, I think a lot of the tourists come for the trains and the beautiful surrounding as much as Jim Thorpe,” said Bill Solomon.

Don Wild Eagle of the Apache Tribe has celebrated the Native American ceremony for Thorpe`s birthday event held each year in Jim Thorpe.

“We`ll be all sad because it comes from out heart. he brought the town together, there`s so much history, so much ancestry behind it,” said Wild Eagle.

Many said they don`t want to see the borough paying any more money on this issue.

If the body is removed, they want Thorpe`s family to cover the costs.

“If they want body repatriated, they have to take all the expenses,” said George Marzen.

The borough solicitor says he has asked council to have a decision by May 10.