KIDDER TOWNSHIP  — From 1:30 a.m., Wednesday until almost 1:30 p.m., Interstate 80 east near the Lake Harmony exit was closed. All because of an extensive... 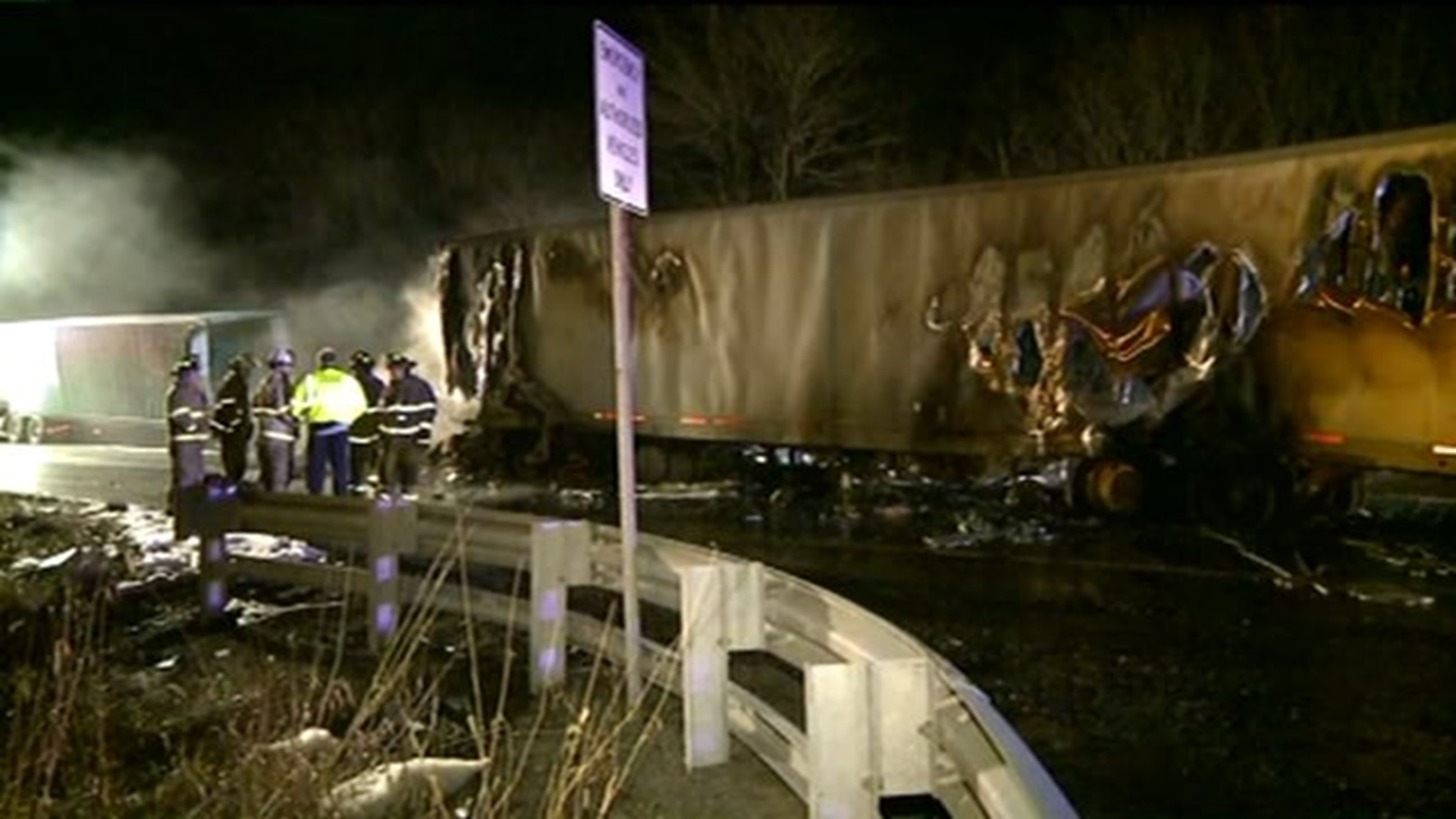 All because of an extensive cleanup and reconstruction of a deadly crash that killed one tractor trailer driver.

The detour that was in place was not a welcoming site to drivers.

A driver from Mountain Top was stuck in the backup on his way to work.

"The first arriving units found one driver trapped in the burning vehicle, and the heat was so intense, they couldn't even get close to it," said Chief Ralph Lennon, Lake Harmony Fire Department.

According to police, one truck was hauling meat products, the other carrying lumber.

Officials say they had to close the Interstate for 12 hours to clean up the wreck and spilled fuel.  They also had to reconstruct the deadly crash.

A three mile detour was put in place from the Hickory Run State Park exit to the Lake Harmony exit.

While traffic was backed up at the detour some drivers who came through here from out of state, told us they've been in a similar situation in this area before.

"A year ago we came this way and got stuck in a monster detour because of a snowstorm. I thought no snow, no problem, but I guess there are other possibilities, always, right," said Tom Lessige of Cleveland.

Others like Gerald Rogillio, who drivers tractor trailers for a living, had to wait until the interstate opened before he could move.

The aircraft he was hauling wasn't going to fit under a bridge through the detour.

"In the transportation business, you just do what you gotta do. Take your time, don't get shook, traffic is traffic. It's the way you have to do it," said Rogillio.

The tractor trailer driver who was killed has not yet been identified and the condition of the other driver is still unknown.