GRANVILLE TOWNSHIP, Pa. — They are referred to as “The Greatest Generation” and on Thursday a man who fought in World War II was honored in Br... 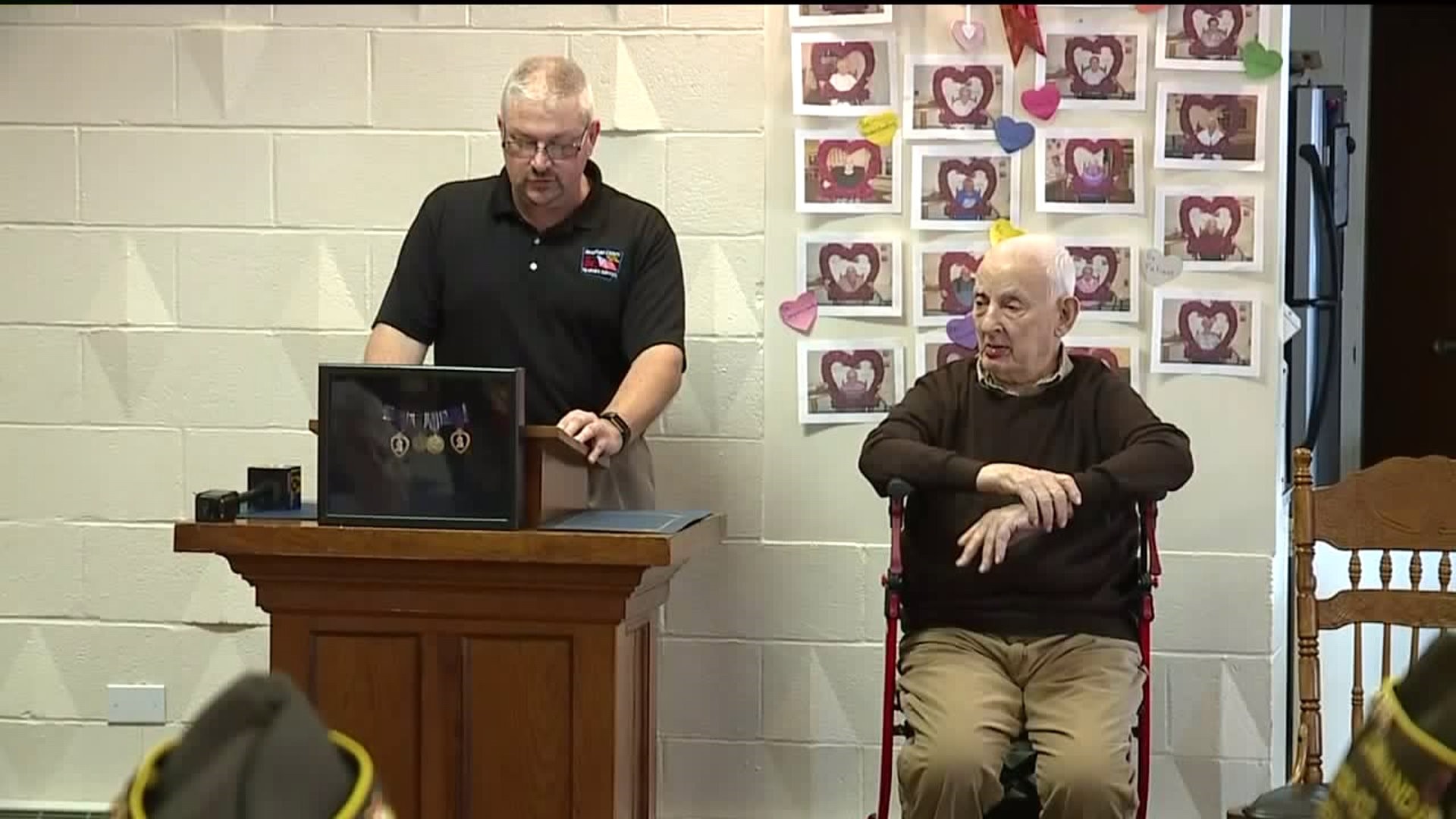 GRANVILLE TOWNSHIP, Pa. -- They are referred to as "The Greatest Generation" and on Thursday a man who fought in World War II was honored in Bradford County.

It was a busy day at Twin Oaks Personal Care Home near Troy as many of its residents gathered to honor one of their own, who is an American hero. Gerald Spencer, 94, is a World War II veteran who was a prisoner of war.

Pvt. Gerald Spencer served as a combat engineer in the United States Army in World War II from 1943 until 1945. Right before Christmas in 1944, Gerald was captured by German forces.

"Knocked me out. I was right here. When I woke up there was nobody there but Germans," Gerald said.

Gerald was detained for four months and forced to do hard labor. In April of 1945, he was rescued by a Russian tank company.

"The Russians let me loose, but they weren't very friendly," Gerald said.

Gerald was born and raised in nearby Canton and worked in a feed mill there for more than 50 years.

Recently, the Troy VFW decided to honor Gerald Spencer. The Bradford County commissioners got involved, along with state officials and other veterans organizations.

"It's awesome. And to have the crowd here that we did was even better," Pete Miller said.

Gerald's wife and only son passed away a few years ago. But several of his family members came to the ceremony.

"I think this is wonderful. He's such a special man and I mean, he's done so much for so many people in his life and I think this is great," Kim Sutfin said.

The guest of honor posed for pictures with everyone.

"I appreciate it," Gerald said.

But they appreciate Gerald who is a true American hero.