Teen to Build Home for a Veteran in Need

BERWICK, Pa. — An Eagle Scout candidate, Tim Maron, plans to build a small home for a veteran in need. The home will be built on an empty lot on Monroe St... 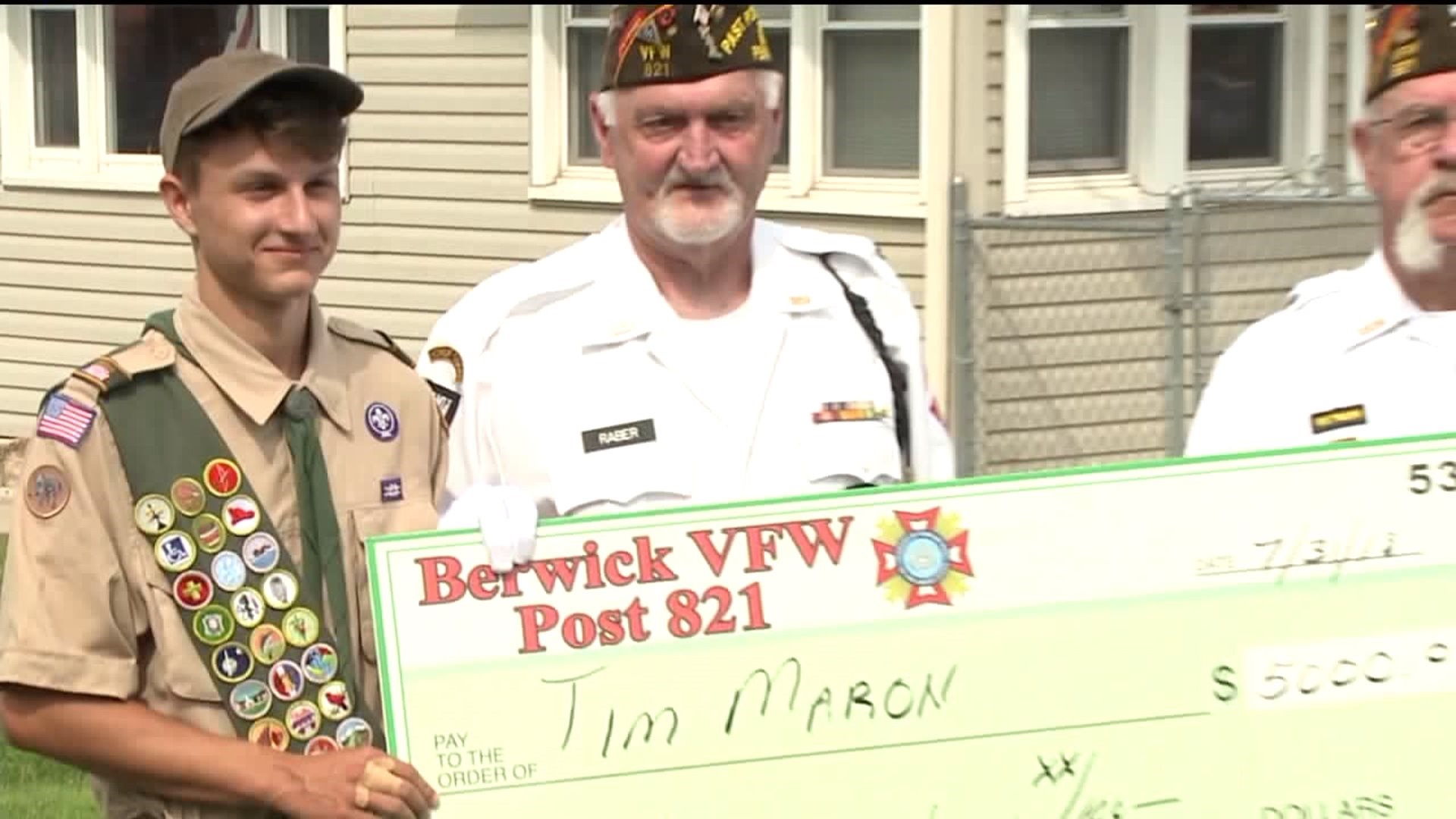 BERWICK, Pa. -- An Eagle Scout candidate, Tim Maron, plans to build a small home for a veteran in need.

The home will be built on an empty lot on Monroe Street in Berwick.

"I thought that the community of Berwick would be an amazing place for this because everybody is so welcoming," Maron said. "They're all so nice and friendly."

Tim won't be building the house by himself. He has a neighbor who is a contractor and has agreed to help him do the work.

"He's been helping me with it and he'll be building it for me," Maron said.

A groundbreaking ceremony was held to mark the start of the project. A nonprofit called Community Strategies Group is allowing Tim to use its land for the project. Wells Fargo is helping fund it. Bank representatives surprised Tim. They initially planned to give him $40,000 for the project. Instead, they gave him $45,000.

"This is just a very unique project where there's a young man who is trying to do something really good for his community and a veteran," Wells Fargo representative Jeff Chavannes said. "It's about creating a leadership opportunity for him."

Many others have also stepped up to help out. Tim also received a $5,000 check from the VFW in Berwick. Once the home is finished, the VA will help the future Eagle Scout select a veteran to move into it

"When I look at my family and how we're all one big family and how we have the family outings and how some service members that come back, they come back to nothing," Maron said. "It's just heartbreaking really."

Tim hopes to have the project finished by November.