Sh!tshow: A wine for the times from Bradford County winery

The creatively-named beverage is making people smile from coast to coast and raising some cash for mental health. 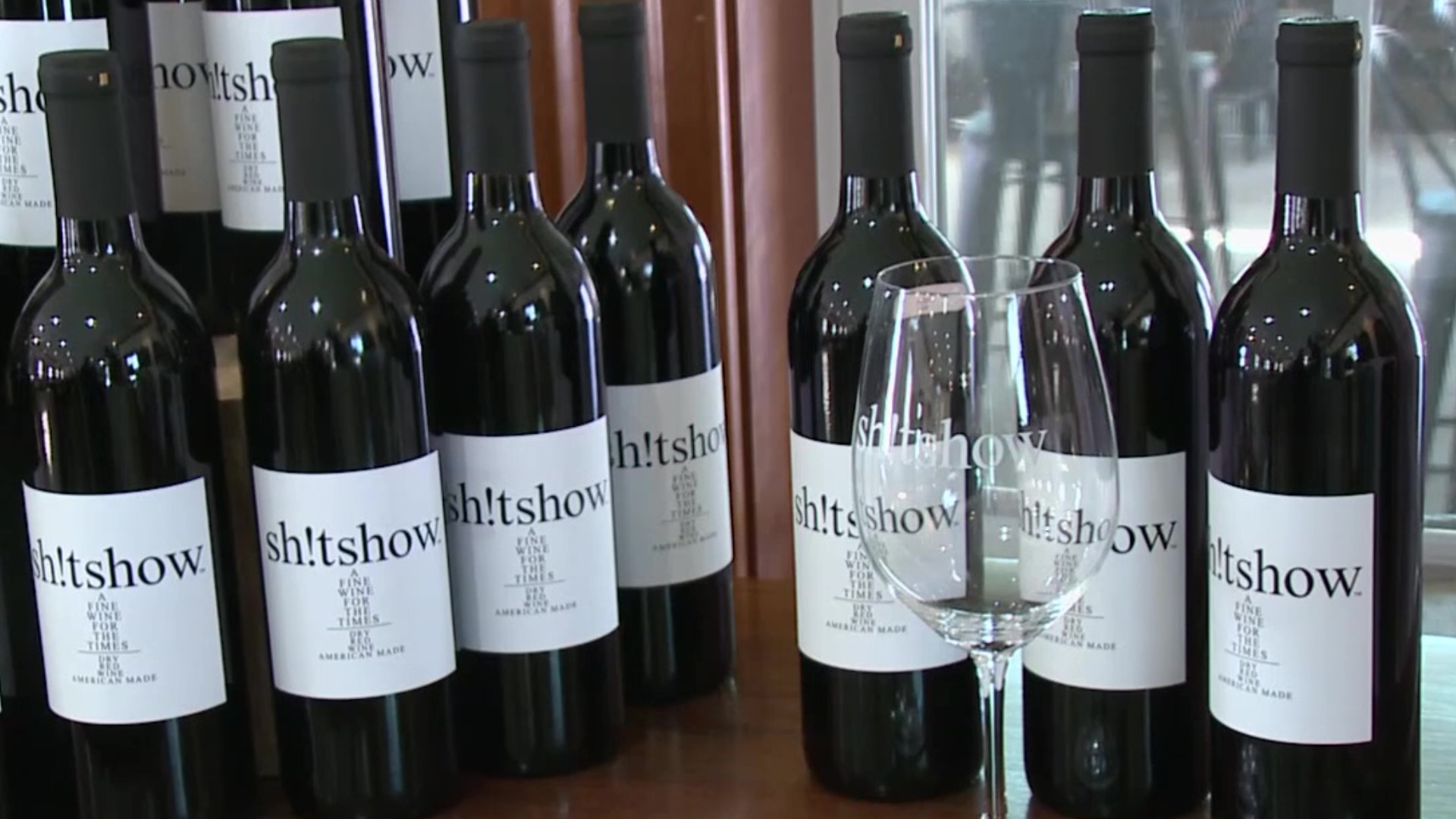 WYALUSING, Pa. — There has been a lot of sadness and struggle during the pandemic, but there's a winery in Bradford County that seemed to come of age during the crisis.

We've all done some "whining" over the past year, but some other "wine-ing" happened in 2020 that put a grape-laden spot in the Wyalusing area in the national spotlight.

"We have created the Sh!tshow!"

Like many other businesses, Grovedale Winery in Bradford County was forced to shut down during the pandemic.

"We had a lot of time on our hands, so like a lot of other places, we were inspired to create, so we created an exceptionally fine wine for the times," said owner Jeff Homer.

Homer believes their aptly-named wine has the potential to be award-winning, and he has winemaker Dominic Mantei to thank.

"This is a wine that was dreamt out of just having some fun and making people smile.

And who wouldn't smile with a name like Sh!tshow?

"Sh!tshow is a blend of cabernet and merlot. It's stylistically a really great dry red that compares to anything you would find on the west coast," Mantei said.

Folks across the nation, especially out west, can't seem to get enough of it.

Grovedale Winery is donating 5 percent of the sales of this wine to Mental Health America.

"This cause, specifically, just meant something for this year, and we believe in supporting mental health awareness, and we thought we'd give proceeds to that."

To make 2021 a better year than last, Grovedale is releasing a white and a rosé in hopes of keeping folks smiling a bit longer.

"We think of using wine for occasions to celebrate, and Sh!tshow is a reason to laugh at something that you normally would have cried about," Homer said.

Some folks couldn't help but to stock up.

"We all decided that when we were all two vaccinations plus 14 days, we were going to have a party, and we were going to use the Sh!tshow wine because it seems so appropriate after this past year," one customer said.

You can find the uniquely-named beverage at the winery in the Wyalusing Area or at any Gerrity's supermarket that sells wine.