Remembering Cpl. Bryon Dickson as His Killer is Sentenced

MILFORD — For the last few weeks we have heard a lot about Eric Frein, but now that his trial is over, we also want to put the focus on the victim. We loo... 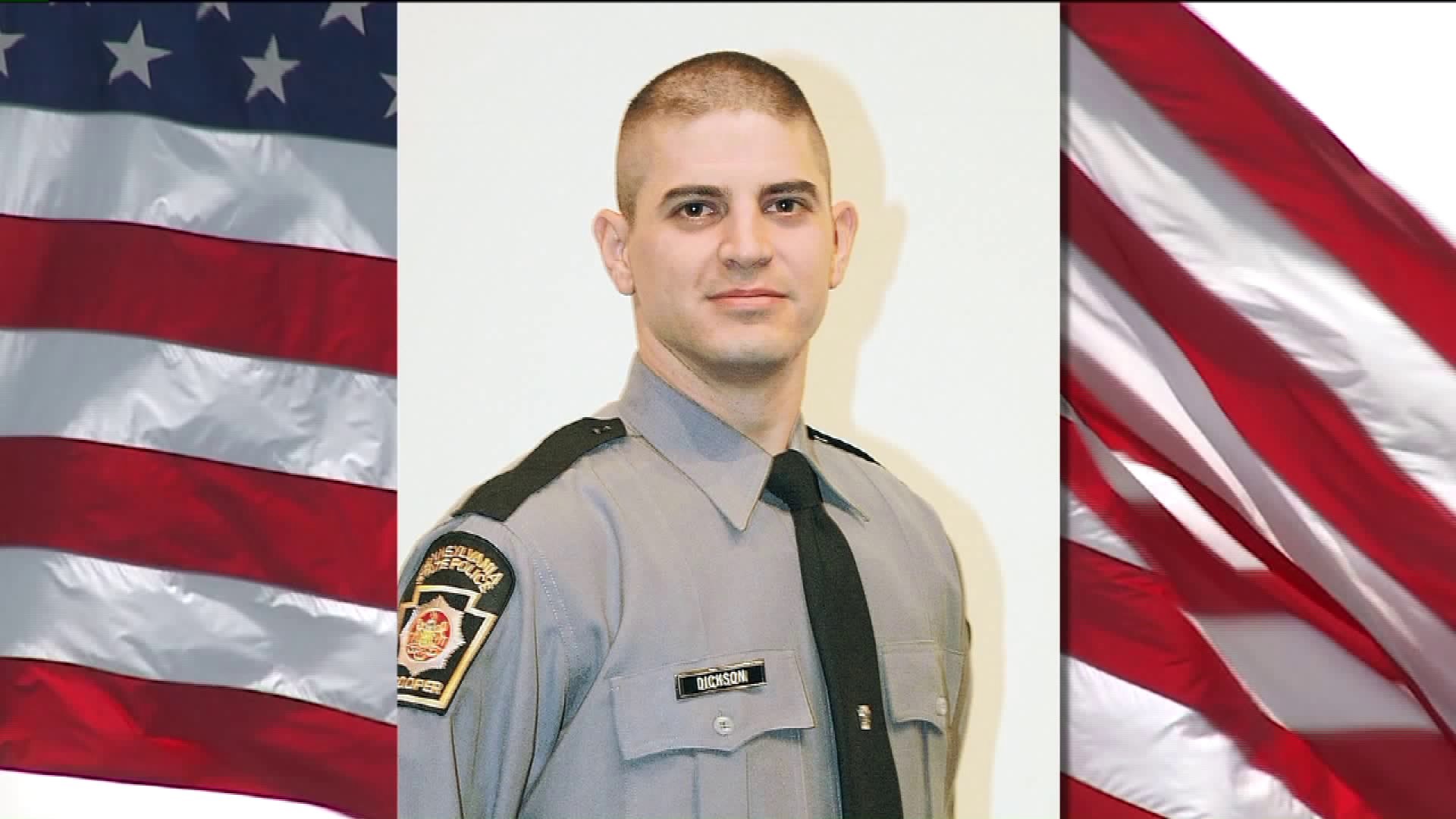 MILFORD -- For the last few weeks we have heard a lot about Eric Frein, but now that his trial is over, we also want to put the focus on the victim. We look back on how Corporal Bryon Dickson touched so many of our lives as we mourned him, honored him, and still remember him.

They were the images that brought tears to so many of our eyes two and a half years ago -- hundreds of law enforcement officers packing downtown Scranton in tribute, a mother and her two young sons at the funeral for her husband, their dad.

Before we learned the name Eric Frein, we mourned the trooper, Bryon Dickson.

"I promise you that we will take care of Tiffany and the boys as you have perfectly taken care of them throughout your life," said Sgt. Derek Felsman, Pennsylvania State Police.

It was a burial for a state police corporal who committed his life to protecting and serving all of us.

Taps played for the trooper and United States Marine, a flag presented from a grateful nation to his wife.

"Promise you we that we will carry on the fight of good versus evil, one you fought so selflessly up until your last day here on earth," said Sgt. Felsman.

While hundreds of troopers and others in law enforcement searched the woods for a killer.

A movement began in tribute to Corporal Dickson and injured Trooper Alex Douglas, in honor of all who wear the badge. People lined up just to get t-shirts bearing the PSP Strong rallying cry.

Cpl. Dickson's mother Darla said she cried and was overwhelmed the day after her son's killer was caught.

His parents shared photos, thoughts, and pride about their boy.

"He didn't like to be pushed around," said Darla Dickson. "He stood his ground at a young age and that fit state trooper quite well."

"If he had at least got to see the guy, he was coming off work going home to see his wife and our grandkids and he didn't get that chance," said his father Bryon Dickson.

In two and a half years, we saw many ways northeastern Pennsylvania has honored their son. We continued to feel for his family's grief.

Now, Corporal Bryon Dickson's name is etched in stone not far from the spot he was killed -- a garden dedicated outside the barracks where he served, where he lost his life, where that name of his became one we should never forget.