Penn State Fun in the Sun

ORLANDO, Fl. — From the moment they landed, the Nittany Lions have been treated like kings of the Sunshine State, red carpet and all. “To come to Or... 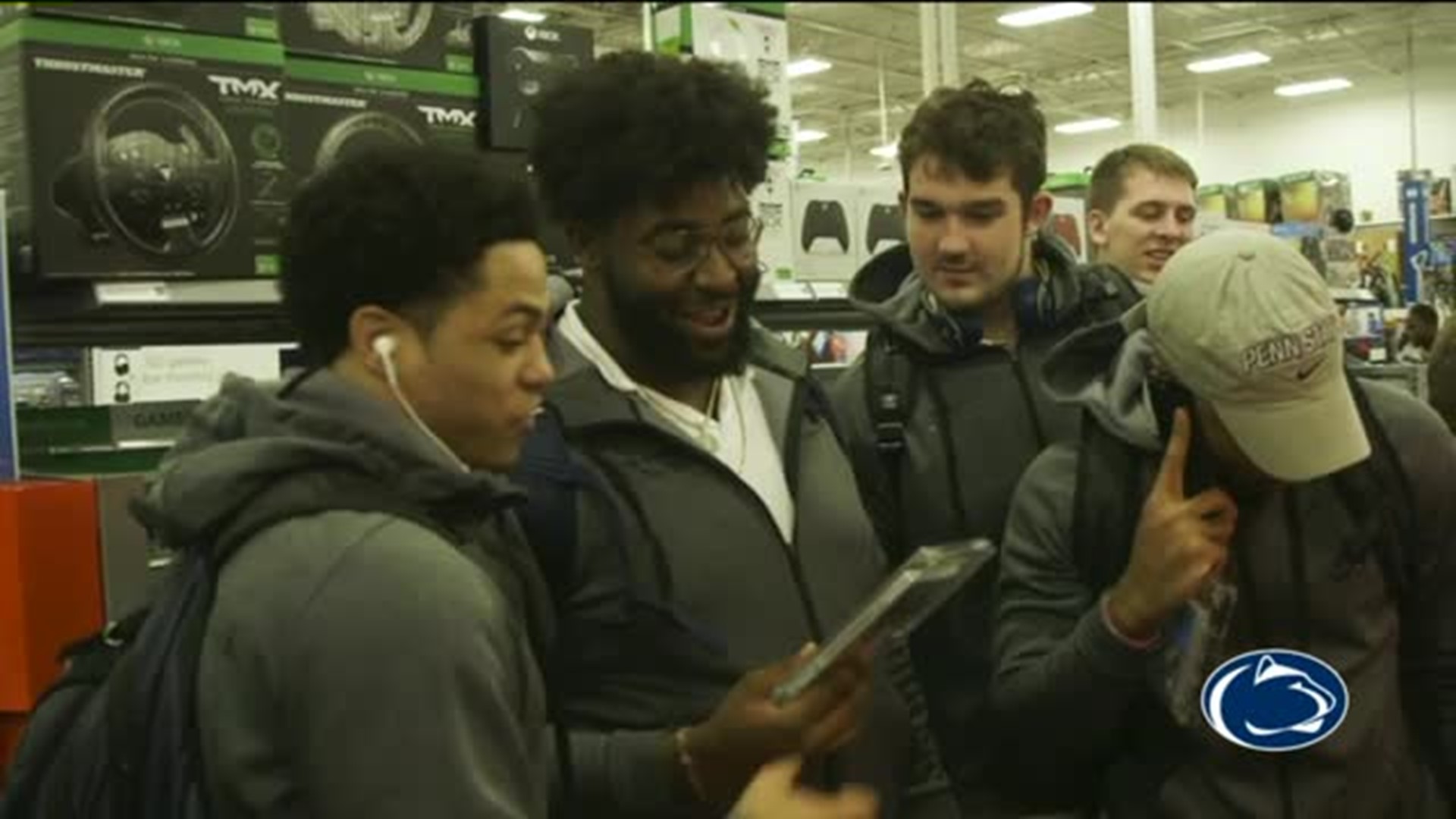 ORLANDO, Fl. -- From the moment they landed, the Nittany Lions have been treated like kings of the Sunshine State, red carpet and all.

"To come to Orlando and have such great hosts and have a great opponent in Kentucky," Brent Pry, Penn State football player. "We're excited about the opportunity. It's a reward."

That reward comes with a vacation-like itinerary.

Starting with a welcome party that had everything from karaoke to haircuts, the players got $400 a piece to spend on a Best Buy shopping spree.

They hit up Main Event Entertainment for a night of bowling, billiards, basketball, and more. Of course, what's a trip to Orlando without a stop at Universal Studios?

"I like amusement parks. I'm still a little kid. That's my personality, so being at the amusement park was fun, just being able to ride rides and stuff like that. And then," said Trace McSorley, PSU Quarterback. "Best Buy, yeah, a couple guys were, like, buying Crock Pots. I think J.P., Johnny Petrishen, was walking out with one of those robot vacuums that just goes around on its own. I got an Apple Watch and I got a gaming headset for my Xbox."

"I think our coach has done a really good job of talking about, when you're on a trip like this, about just being in the moment and being where your feet are. If you're out at Universal or any other events that we've done, like the Best Buy deal that we had, be there and enjoy that, and enjoy having the free time with your teammates and brothers that you're going to be around for the last time," said McSorley.

But the Nittany Lions know how this works. It's a balance between work and play. As the game gets closer, the focus shifts from fun to football.

"Each day you progress with your preparations, you want to get more and more locked in for the game. So, you know, the first two days are a little bit lighter with events and things like that. But today and tomorrow, all those things, we have less and less events to go to, more time to ourselves to watch film," said Nick Scott, PSU football player.

"When you're getting into meetings and getting into practice and you're on the way to practice, that's when you kind of flip that switch and lock in and be able to make that transition and be ready to get into the mode of this is a business trip and we're here, at the end of the day, to play and win a football game," said McSorley.

And that's exactly what they plan to do in the Citrus Bowl.

"I've been so blessed. One of the reasons why I love this game and this university is because of the number of opportunities that I've had through playing football here at Penn State. And I've been to Ireland. I've been to multiple bowl games, things like that, met people that I never would have met had it not been for this university. So, I'm extremely blessed and I'm just going to try to soak it all in for the rest of this week and go out on top with a W," said Scott.