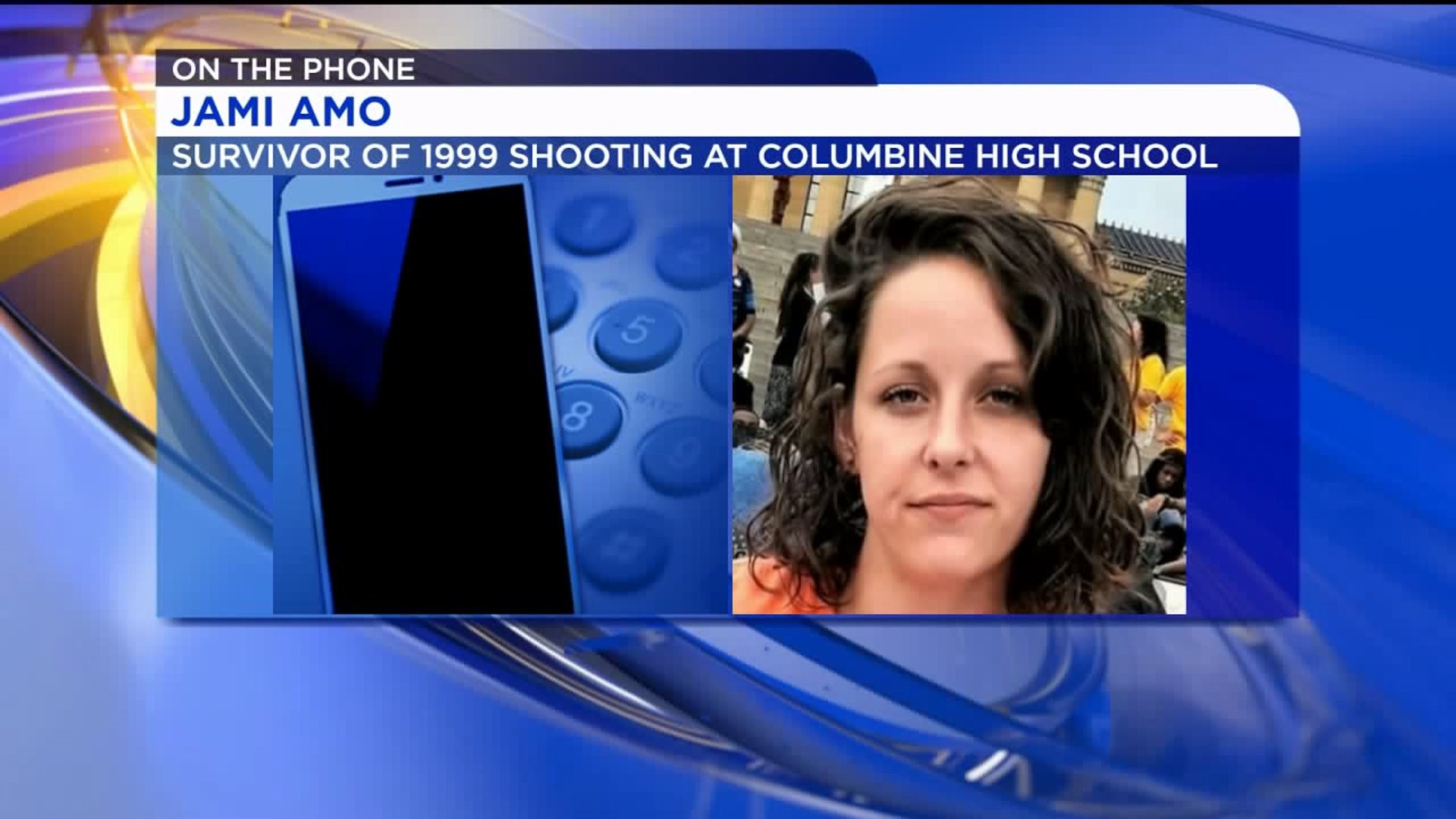 "If I don’t make it, I love you." That was a text that was sent from a student to her parent during the Parkland shooting last year. It's now the title of this book by Archer from Scott Township.

“I watched one afternoon as my son’s kindergarten class was herded into the closet with their teacher for a lockdown drill. To follow protocol, I, as a classroom visitor, had to crouch under a shelf near the back of the room. I knew it was a drill, but I panicked.”

That was Archer reading an excerpt from a chapter written by Jami Amo, one of the 60 survivors who shares her story in the book. Jami was a 15-year-old student at Columbine High School in 1999 when two of her fellow students went on a shooting spree, killing 13 people, in what was the worst high school shooting in the country at the time.

“For us at Columbine, we were kids. So, we were just kind of forced to grow up under that. Like we don’t know any other way,” Columbine survivor Amo said.

With the list of victims and survivors growing longer every year the goal of the book is to make sure their stories aren't forgotten. Amo shares that goal. But for her, it's personal.

"It’s just really painful because we’ve done this so many times. And there’s this cycle with the public outrage and people are horrified and then people just kind of move on and then it happens again somewhere else,” Amo said.

That's why the book is also about making an impact.

Once the book is released, Archer plans to send the book to every United States senator, as a call to action.

Archer says she doesn't wish to dictate the type of action lawmakers should take. She just wants to inspire them to do something to prevent more school shootings so she and her two daughters don't have to live in fear.

"I don't want them to be sitting in their 7th-grade classroom worried that somebody's gonna burst in with a gun and shoot them,” Archer said.

The book is set to be released on Tuesday, Sept. 3. Portions of the proceeds will go to groups that work with gun violence survivors.

You can hear more from Archer on WNEP's 'the creatives' podcast here.