NEW ALBANY, Pa. — Governor Tom Wolf traveled to Bradford County Wednesday afternoon to see what the state can do to help flood victims there. People who l... 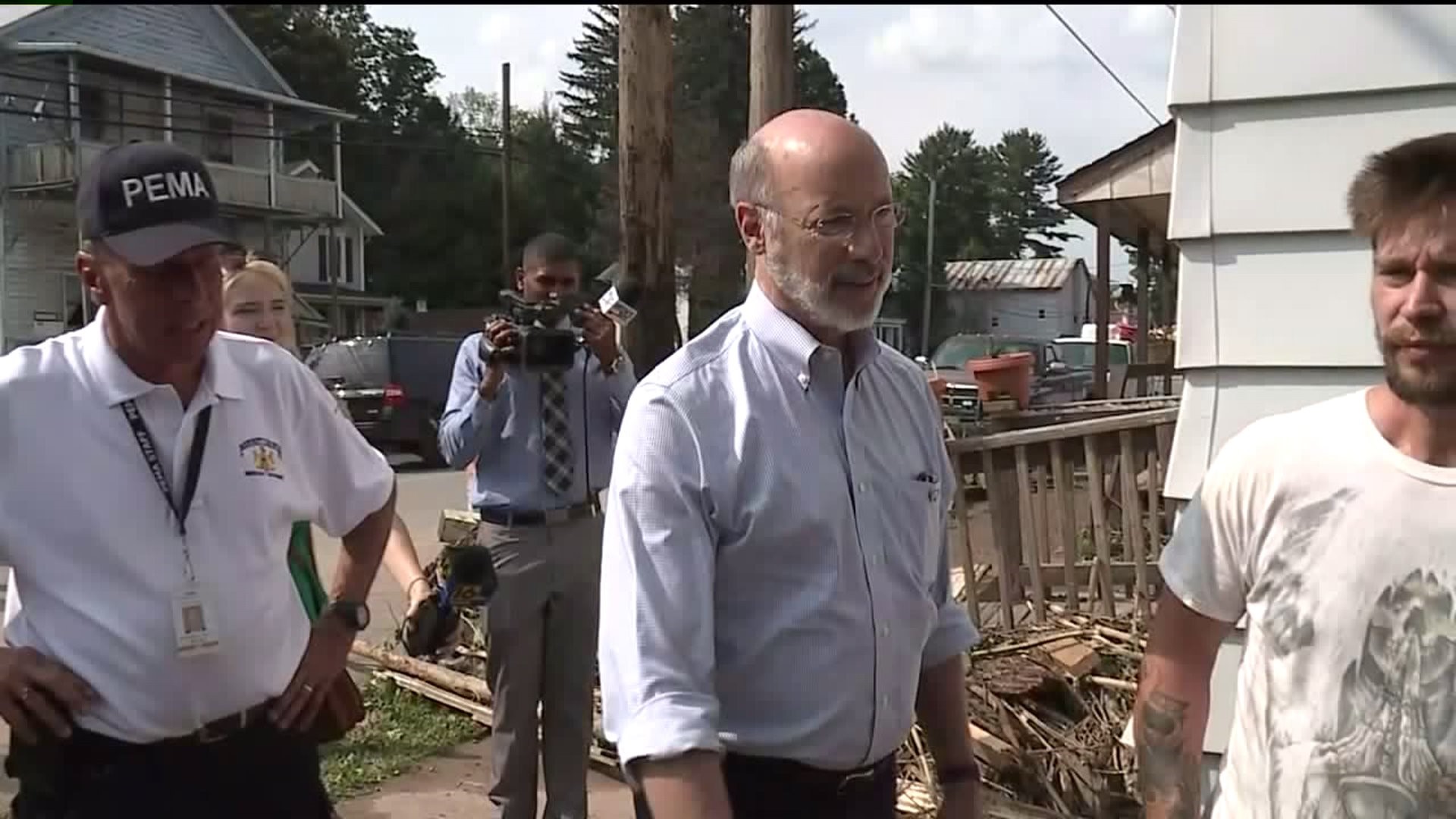 NEW ALBANY, Pa. -- Governor Tom Wolf traveled to Bradford County Wednesday afternoon to see what the state can do to help flood victims there.

People who live in New Albany told the governor they've never seen anything like it. The flood waters came up from the creek and took homes with it.

In New Albany this afternoon with @PEMADirector to talk to residents and see the damage from this week’s flash flooding firsthand. We are continuing to coordinate with local emergency management through the cleanup process. pic.twitter.com/TlXt58pDnf

There is still a lot of cleaning up to do in New Albany after all that flooding. And even with the state's help, people here say it'll be a while before the town can get back on its feet.

Not much is left of Tom Bostwick's second-floor apartment on Front Street. He was inside with his wife and two little girls when flood waters ripped the building from its foundation.

"That was the scariest ride of my life. I don't ever want to do it," Bostwick said.

Bostwick and his family were able to get out of their upper-level apartment just in time, but the bottom half of the building washed away. Parts of it are 50 feet across the road.

"The whole thing underneath us collapsed, so we rode down and not even a drop of water hit us," Bostwick explained.

Bostwick got the opportunity to tell the governor about how the flooding devastated his life. Governor Wolf says he plans on finding the money to help the families.

"It's devastating," the governor said. "We're talking to the families who have been affected. Nature has a way of doing some really damaging things. This is terrible."

"It'll raise awareness for the situation for our creek because it needs to be fixed so this doesn't happen again," said Bonnie Gill of New Albany.

Governor Wolf says the bulk of the state's effort is trying to get the federal government to help them with the funds, but because so much of the state is dealing with flooding problems, he says there has to be a way state government can help, too.

After the tour through the flood zone, Governor Wolf says he's going to work with other state officials to try to come up with a plan to help the people in New Albany. 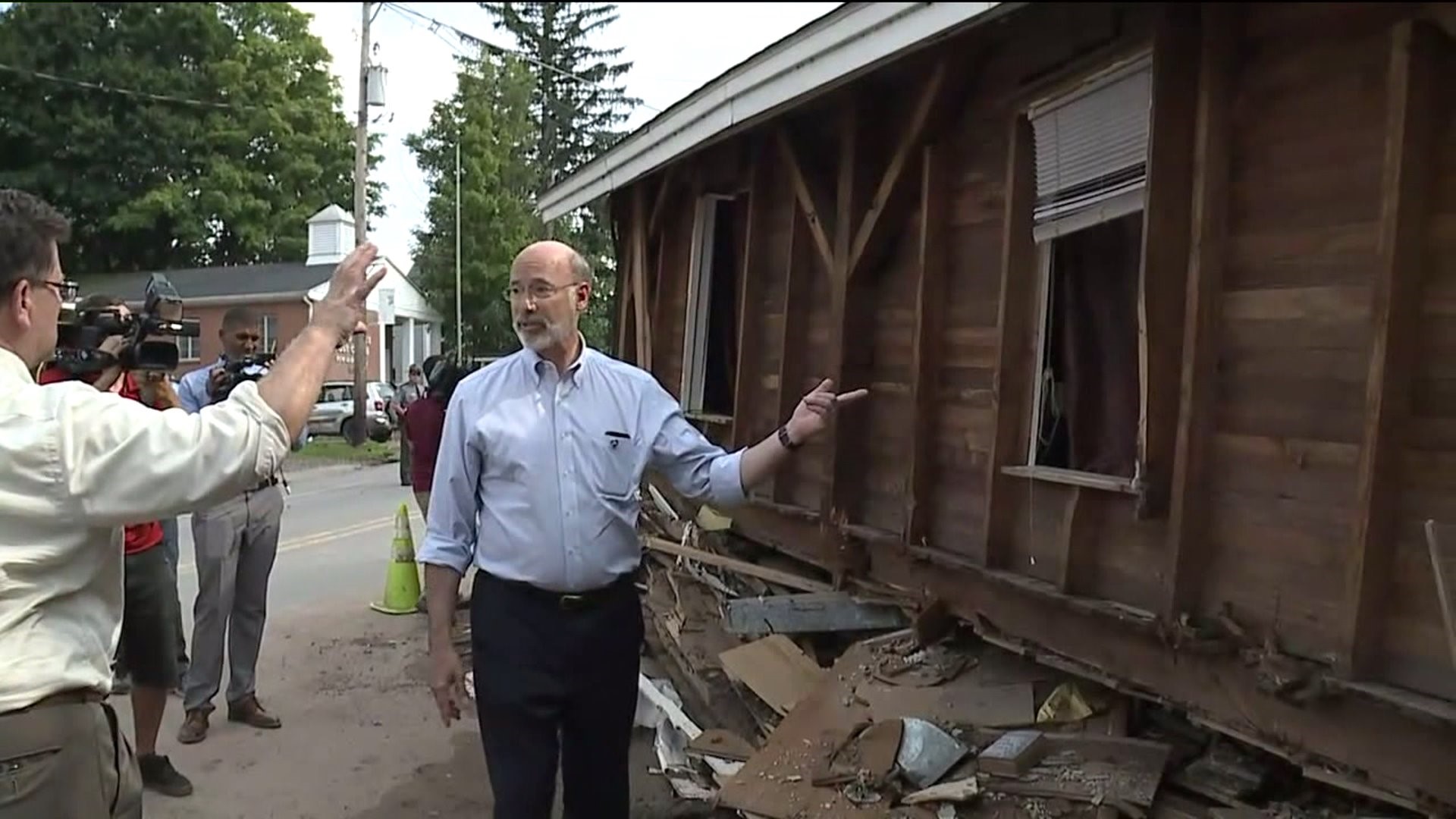