LOWER MAHANOY TOWNSHIP — High school classmates remembered a friend who died after a crash on the way to her great-grandmother’s funeral. It happene... 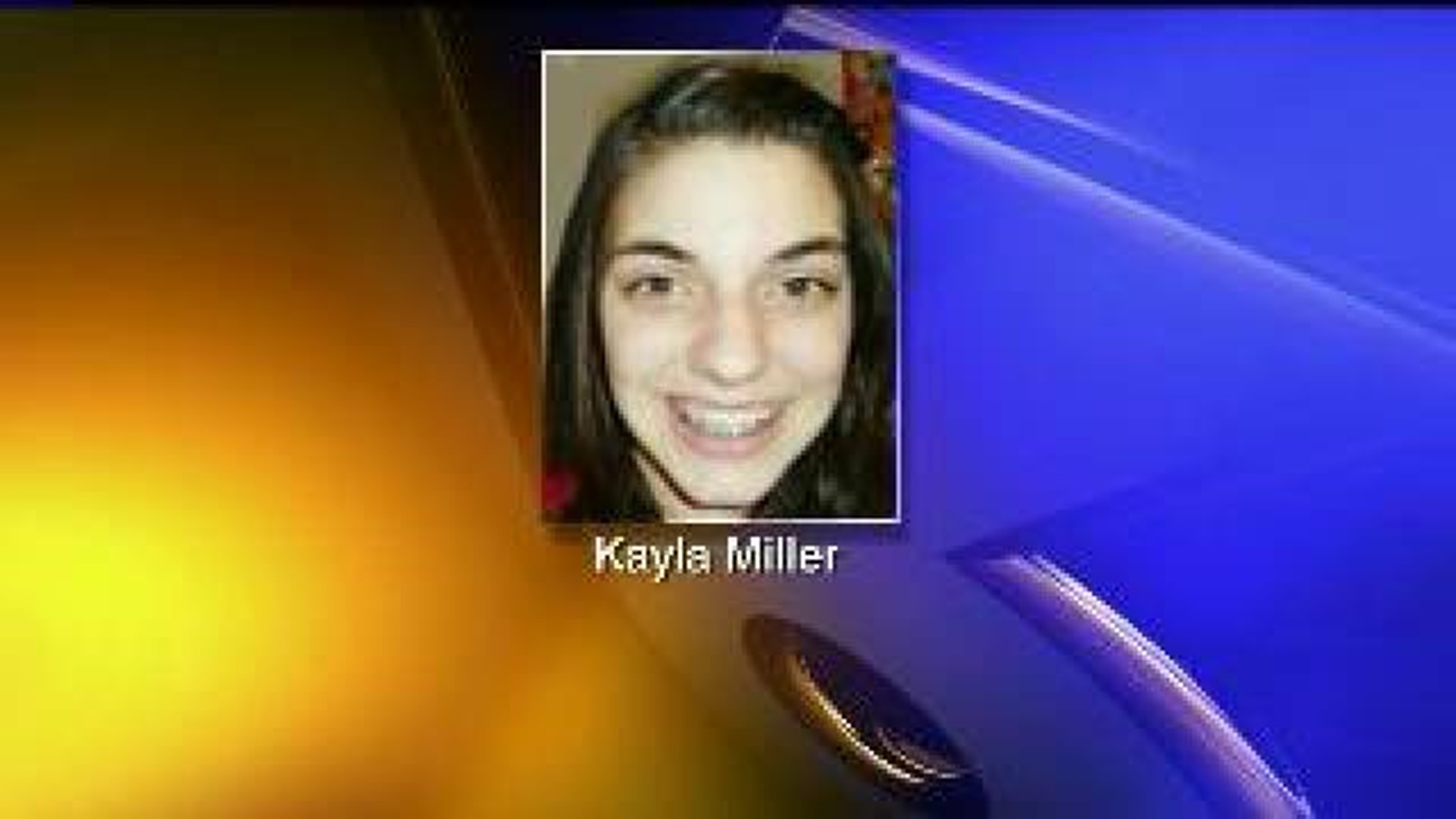 LOWER MAHANOY TOWNSHIP -- High school classmates remembered a friend who died after a crash on the way to her great-grandmother's funeral.

It happened around 12:30 p.m. Tuesday on Route 225 in Lower Mahanoy Township.

School officials say Kayla Miller, 18, was on her way to a funeral when she lost control of her car, not far from Line Mountain High School.

Kayla Miller's friends describe her as kind, artistic, and funny with a heart of gold.  Kayla's life was cut short Wednesday after she died from injuries in the crash. She was on the way to her great-grandmother's funeral.

"She's just a funny person and she gets along with everybody," said friend Chastin Lytle.

Lytle and Kimberly Miller have fond memories of their classmate and friend, Kayla Miller.  The three girls knew each other since middle school and all recently moved to the Trevorton area.

"Even if Kayla wanted to be mad at somebody, she would just brush it off and be kind to them.  She can't be mad at anybody.  She just had the biggest heart," said Kimberly Miller.

Kayla's life was cut tragically short after she died after a crash near Herndon.  School officials say she was on her way to a funeral.

State police say Miller lost control of her car on Route 225 near Herndon, crossed over the road, went airborne, and hit two trees.

"You see her sitting in the seat one day and the next day her seat is empty.  It's a very big impact," said teacher Shelley Herbfausey.

Line Mountain School District has counselors on hand for its students.  Kayla's friends say they cannot begin to comprehend the sad situation.

I don't even know how I would explain, she was always the person who I would talk to," said Lytle.

"It really didn't affect me until I got to school and I didn't get to talk to her.  That's when it really hit me.  When I got to my French class and she wasn't sitting there, that's when it hit me pretty hard," Miller added.