Final Push for Trump at Rally in Scranton

SCRANTON — On the eve of the presidential election, Republican candidate Donald Trump stumped at the Lackawanna College Student Union on Jefferson Avenue ... 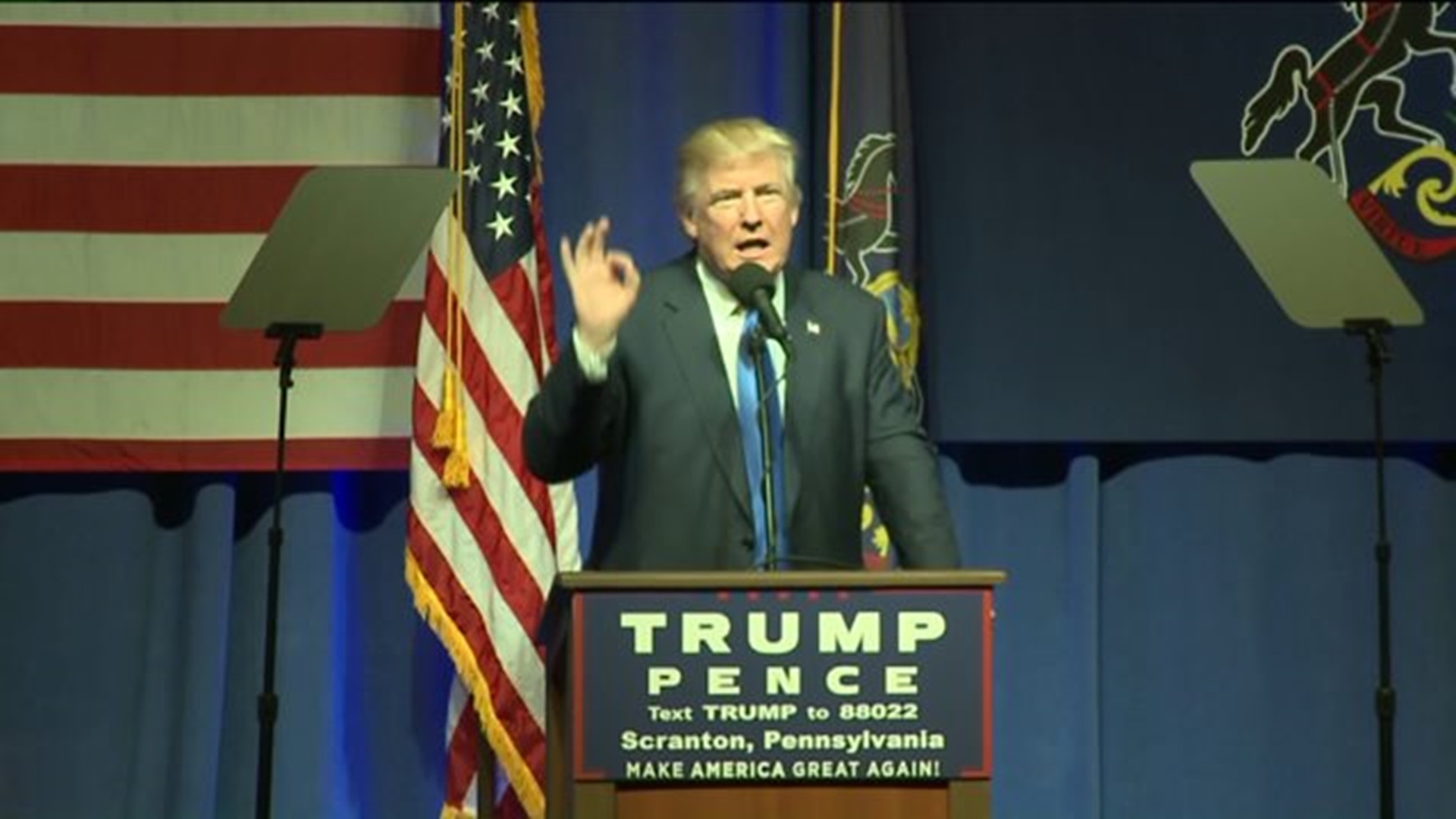 SCRANTON -- On the eve of the presidential election, Republican candidate Donald Trump stumped at the Lackawanna College Student Union on Jefferson Avenue in Scranton.

"In one day, one day, we are going to win the great state of Pennsylvania," he told the crowd of nearly 5,000 supporters.

Trump talked security, cracking down on corruption, building a wall to keep out undocumented immigrant, and of course, jobs.

"To all the people of Pennsylvania, I say, we are going to put the miners and the factory workers and the steel workers, back to work. We are bringing our country back."

Pennsylvania is one of 11 swing states, and one political experts say will be key to winning the presidency.

Trump told the crowd polls show him leading in many of those key states and he promised a "great victory."

"I think it was amazing. I think he has a really good chance in Pennsylvania,” said one supporter.

“He reinforced that we have no hope basically if we're not voting for him. This is our last shot to get things right,” said Ashley Klein of Dushore.

“This was the greatest rally Donald Trump ever gave and he couldn't have picked a better spot to come back to. The energy was crazy,” said Matt Cantazaro of Peckville.

Voters say their enthusiasm says it all. They want change, and they’re convinced Donald Trump will bring it to the White House.